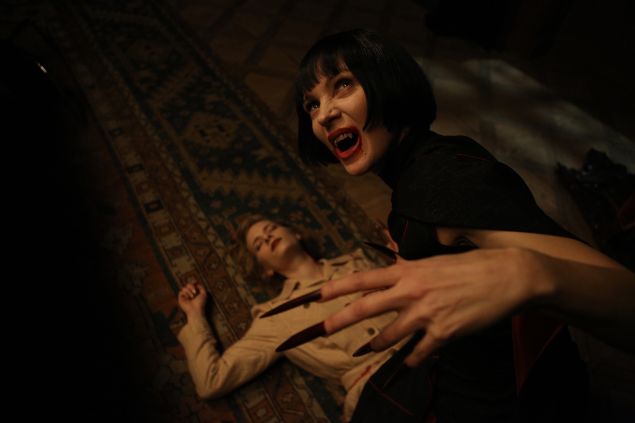 Vampires are not funny. This cinematic fact has been documented countless times, from Roman Polanski’s The Fearless Vampire Killers to George Hamilton in Love at First Bite. New evidence: an Austrian import in German with English subtitles called Therapy For a Vampire, about a bloodsucker in 1932 who becomes a patient of Sigmund Freud. The father of modern psychology is so stupid that he doesn’t wonder why his new client on the couch can only make appointments at night and fails to notice when he’s levitating. The movie doesn’t levitate either. It aims to be laugh-out-loud hilarious but never rises above a few wan chuckles.

In an old castle on the edge of a cemetery near Vienna, the weary Count Geza von Közsnöm (Tobias Moretti) is tired of eternal night and longs to come out of the darkness to get some of his old thirst for life back. (So dead is his old enthusiasm that he only drinks bottled blood now.) Still longing for his beloved Nadila—the one true love whose bite centuries earlier turned him into the man he is today before “dervishes beheaded her in Constantinople”—his pulse quickens when he spots a friend of Dr. Freud’s, a pretty waitress named Lucy (Cornelia Ivancan), convinced she is Nadila’s reincarnation. Determined to bite her, too, and whisk her home to Transylvania, he must first get rid of his hateful wife, Countess Elsa (Jeanette Hain), a vain woman who nags him for constant reassurance of her Gothic beauty (it’s hell for a female vampire, see, when she can’t see her reflection in a mirror). “Tell me how I look or you can sleep at the cemetery tonight,” she threatens. Better yet, the count follows Freud’s advice and sends Elsa to Lucy’s boyfriend Viktor (Dominic Oley). While the count seduces Lucy with brandy from the private cellar of Napoleon, an old friend, Countess Elsa works her magic powers on the innocent Viktor, who turns out a canvas with Lucy’s face. When she finally comes face to face with the real Lucy, the deceived countess goes wild, the count orders a rare steak and a stake through the heart, and the movie goes seriously haywire.

But before it ends under a full moon in a sky full of bats, writer-director David Rühm inserts a few scenes funny enough for a Dracula sketch on Saturday Night Live and the actors prove, contrary to popular belief, they do have a sense of humor in Vienna.

After the count bites Lucy, changing her from a nubile sex kitten into an everlasting femme fatale, Lucy bites Viktor, and they all have second thoughts:

Count: “We have to hurry. You need a transfusion!”

Lucy: “You didn’t want me the way I was anyway.”

Count: “She can’t be something she never was!”

Viktor: “Then what is she?”

Count: “She’ll see when she is what she was. Then she can be what she is but never was…”

You had to be there. 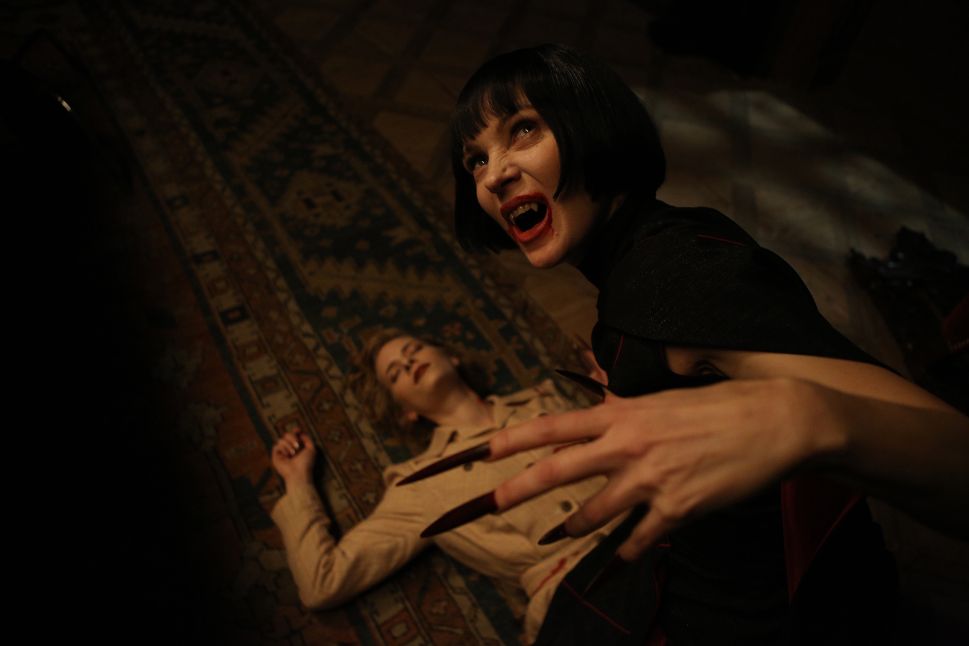