The budget includes roughly $34 billion from the state and $15 billion from the federal government. It passed 27-11, with ‘no’ votes from Addiego, Bateman, Beck, Cardinale, Connors, Doherty, Holzapfel, Kean, Kyrillos, Oroho and Pennachio.

The Senate is slated to consider a bill to bump up the Transportation Trust Fund from $1.4 billion to $2 billion with a new gas tax later today, a move that would come with numerous tax cuts in a bid for Republican support for the tax hike. The legislature and the governor are up against a June 30 deadline for finding a source of funding for the Trust Fund. 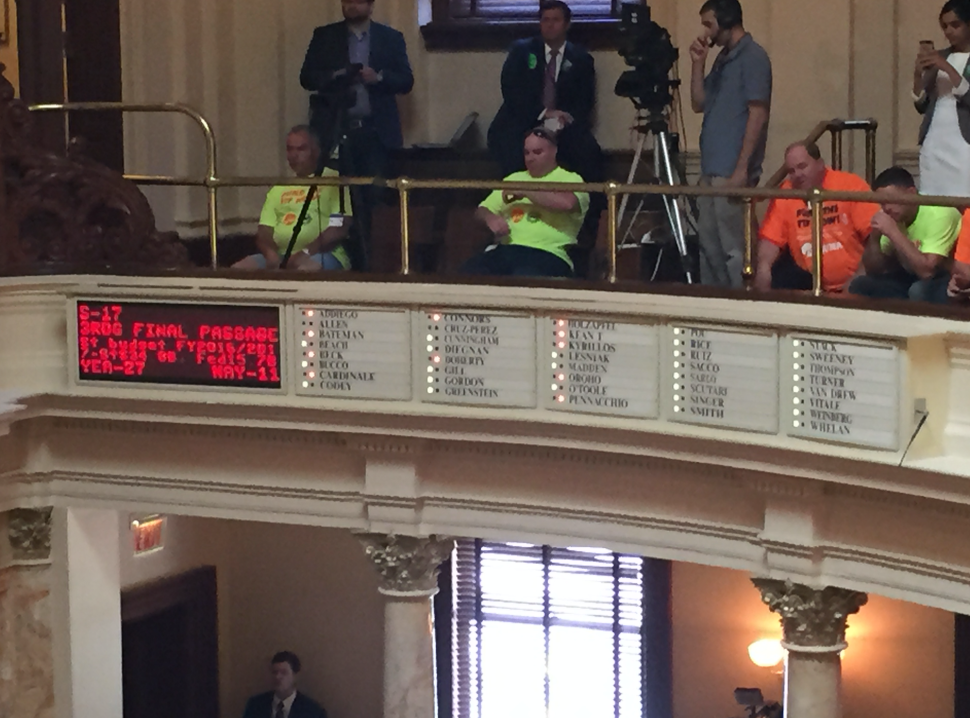