They’re the over-fifty foursome who won the hearts of TV viewers years ago, and are as popular today as they were when they first burst on the scene.

The Golden Girls premiered in 1985 and ran for seven seasons with a total of 180 episodes. The series is still in heavy rotation on two cable networks and shows no signs of slowing down.

Residing together in a Miami abode, they were four women of a certain age who were smart, sassy, and downright funny. There was strong Dorothy (Bea Arthur), airhead Rose (Betty White), man-hungry Blanche (Rue McClanahan), and sharp-tongued Sophia (Estelle Getty). This hilarious quartet enchanted millions of viewers with their witty banter, verve, and love, reaffirming the power of friendship and family.

Author and superfan Jim Colucci spent a decade putting his heart and soul into producing the 368-page tome because, “As a kid, in the pre-internet era, when I loved a show, I would buy whatever merchandise there was about the show in the hope that it contained inside information. But, a lot of them just weren’t done very well. I would often be terribly disappointed. So, when I set out to do this, I knew I had to really do a good job.”

Before he began, Colucci was surprised that there wasn’t already something comparable to Golden Girls Forever in the marketplace. “Yes, it’s a 20-year-old show, but this series is still so popular – it gets named-checked in movies, it’s been in constant reruns since it first aired, and people still talk about it a lot. I was just amazed that there was no real all-inclusive book about it, so I set out to remedy that.”

Colucci has several theories about why the show is still so popular after all these years. “I think It’s a combination of many magic factors – it’s structured pretty flawlessly and cast perfectly, the writing was witty and funny, the characterizations are believable and relatable, the emotions were real and they pushed the envelope in terms of the topics they covered and language they used. Put all of that together with the overall theme that says, ‘your friends are your family, they’ll be there forever and you can rely on them as the world gets scarier,’ and all of that is really appealing to everyone, and pretty timeless as well.”

Another thing Colucci feels is unique to the series is that it continues to attract new viewers. “There’s a brand new generation of fans, many of whom weren’t alive when the show was originally on the air that are finding it now and talking about it. That’s a very rare thing. I think it’s happened with a few shows, but not many.”

Getting the leading ladies to sit down to talk exclusively was no easy feat, says Colucci. “The first people I really talked to were writers so I mentioned that I had already talked to them when I called Bea (Arthur). But even then it was tough. I had to really cajole her into the interview because she was pretty reclusive and she didn’t really like doing interviews. I got Betty (White) through her agent. She was 84-years-old at the time and super busy. It was like, ‘she has an hour on this Thursday afternoon in three months.’ I took whatever time I could get with her. Once I had them, word spread about what I was doing, that I was taking this very seriously, and the ball really got rolling and everyone else came onboard pretty quickly when I reached out to them.”

Colucci estimates that he interviewed some 250 people for the book, unearthing many serious treasures that are included in the final product. “There are behind-the-scenes photos that have never been seen until now. These are from the production designer, Edward Stephenson. He was snapping pictures to catalog the set, but what he often got was the actresses rehearsing and being very candid. So he was inadvertently capturing something very unique.”

These photos were quite the find, says Colucci, especially since no one even knew they existed. “They went into his files and he lived until he was 90. Then, he passed away a few years ago and everything was sent to the Art Director’s Guild and they sat there in 37 file boxes for a time. Now they’re in the book for everyone see and enjoy.”

Also included in GGF is other rare memorabilia, says Colucci. “One of the directors on the show, Lex Passaria, preserved so much stuff it’s incredible. He had memos from NBC, a letter from the Governor of Florida trying to get the show to shoot here, and things like that. I managed to find people who worked on the show and loved it the way I do and even now, 31 years later, kept stuff that they hoped would get out there to fans. It was kismet that we all came together to create this massive history of the show.”

Even though there was so much material, Colucci never felt overwhelmed in putting the book together, explaining, “When I was talking to people about the show over those years and years, I just felt so proud to be entrusted to do this. And, not to be morbid, but when Estelle, Bea and Rue passed away I knew I had an asset in that I had these interviews that no one else had. I knew how valuable they were and I really felt that I had a responsibility to get them out there to honor these amazing women and their legacies.”

After spending all of this time with the ladies, Colucci conclusively knows which Golden Girl he is. “Oh I’m definitely Dorothy,” he says without hesitation. “I’m a smart mouth and I have little patience for fools, just like her.”

When he asks other people the question of which lady they most align themselves with, he reveals that a lot of people say Dorothy. “But a lot also say Blanche too. Very few say Sophia, and even fewer say Rose. It’s mostly Dorothy and Blanche. And in an interesting twist, there’s a whole subset that says, ‘I’m Dorothy but I wish I was Blanche’ because they want to be as free as Blanche is.”

Even while Colucci’s extremely happy that this decade long project has finally reached its conclusion, he’s begun thinking about what he’ll tackle next, but, he’s not quite ready to name the series just yet. “I’m thinking a lot about another really big show but TV books are tricky in that if show is off the air too long it’s hard to get the people to talk to, and you have to prove it’s still viable and that readers will still be interested. If the show is still on the air, you have to time the collection of the material and the release of that material just right. It’s challenging, but I still love doing this so much that I’ll absolutely keep at it.”

Colucci concludes with these thoughts about the material. “If you think you know everything about The Golden Girls because you’ve read the episode guide online and you’ve seen every episode and you’ve read every article, you’re still going to be floored by this book because there’s so much in this that you don’t know because no one, including me, knew this stuff was out there. This really is the ultimate guide. I say that with the utmost confidence. I remember those disappointments I felt as a kid and I guarantee that anyone who reads this book will definitely not be disappointed.”

Golden Girls Forever: An Unauthorized Look Behind the Lanai is available via retail outlets and online booksellers. 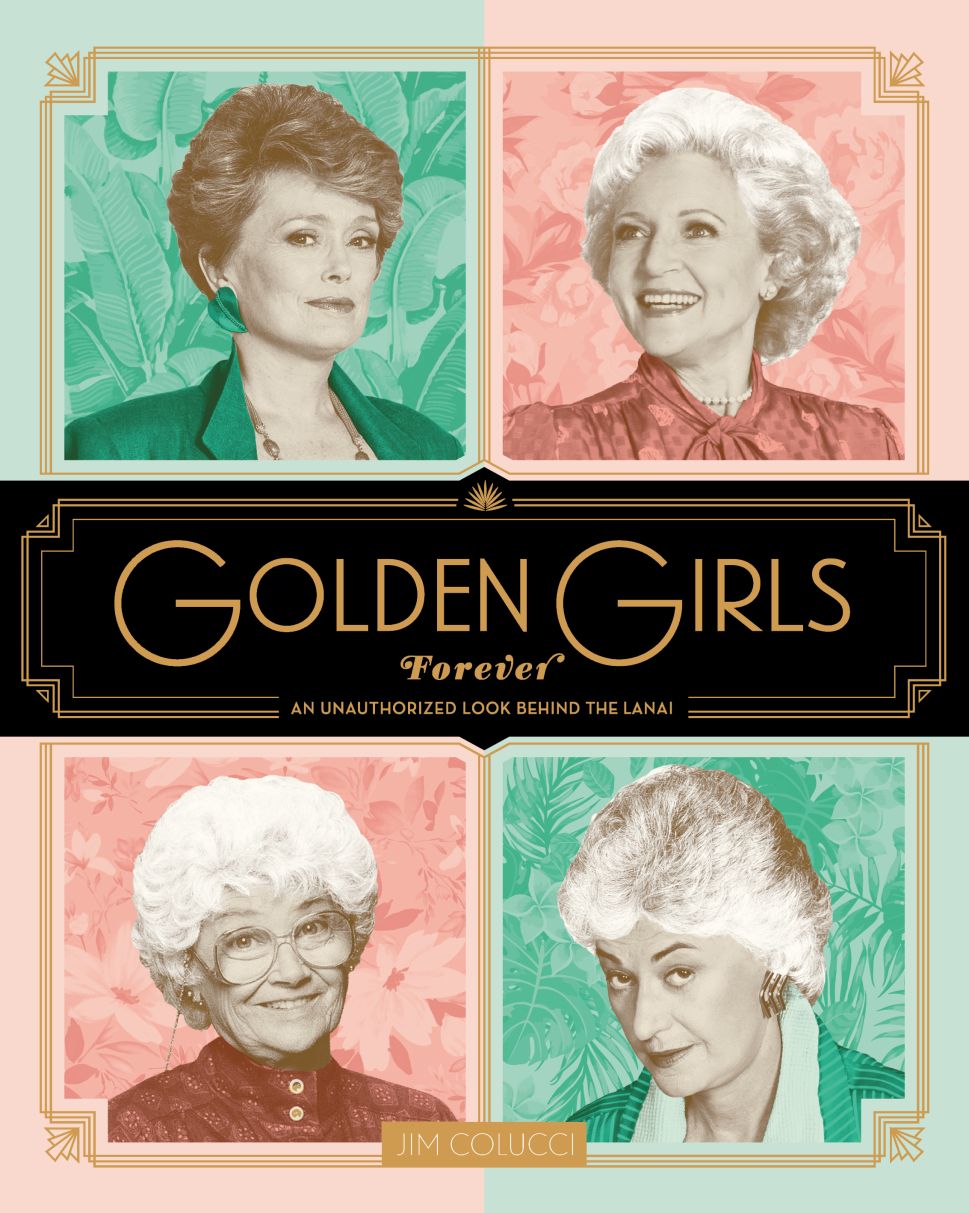