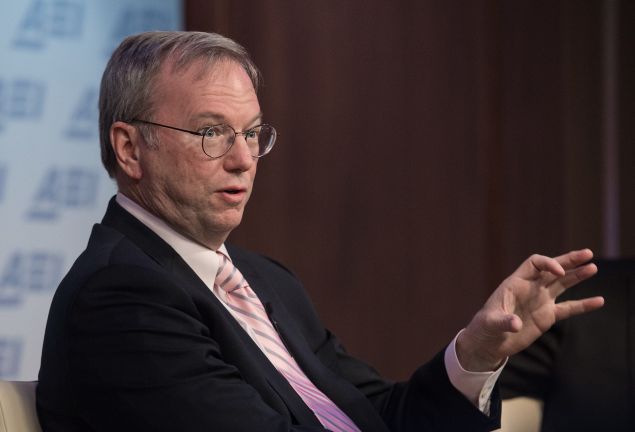 Eric Schmidt, executive chairman of Alphabet, bemoaned the Western world’s inability to tackle big projects on Thursday at the Midtown Hilton in Manhattan. The former Google CEO said that the West spends its time worrying about unimportant political issues when it could be using technology to solve “massive problems.”

“I’ve come to a sort of obnoxious view that we are operating under a zero sum set of assumptions in our society,” Mr. Schmidt said during a discussion with journalist Charlie Rose sponsored by the Economic Club of New York. “We are not asking enough of our people, enough of what we can do, and we aren’t trying to build things that are transformative.”

Mr. Schmidt said the U.S. once argued about how to solve big problems. Now every problem is seen as the complaint of a special interest group, he said.

But he tempered his critique with a healthy dose of Silicon Valley optimism.

“The country is full of smart people,” he said, before citing the world’s leading research universities, a growing population, and relatively open immigration policies as U.S. advantages over Europe and Asia. “The American model that got us through the last 30 to 40 years is stronger than ever. We don’t want to admit it, but compared to other models, I’ll take ours.”

What is needed to make the model work, Mr. Schmidt explained, was consensus about which problems we need to solve.

But it was AI, and its complexities, limitations, and possibilities, that Mr. Schmidt discussed the most during the nearly hour-long conversation at the Midtown Hilton.

Mr. Schmidt seemed most excited about the possibility of developing machine intuition through nearly endless repetition. He discussed how Google’s DeepMind AI taught itself to play, and eventually master, Go, the notoriously difficult board game, by observing millions and millions of games. The same principles have allowed Google to diagnose diabetic retinopathy, a complication from diabetes that can cause blindness, at a better rate than ophthalmologists, Mr. Schmidt said.

“We saw a million eyes. It’s very hard for an ophthalmologist, as hard as they work, to see a million eyes,” Schmidt said. “There’s a large number of cases where you just let the computer, with this new technology, see more examples and they can come up with better decisions.”

Naturally, the discussion eventually turned to the prospect of AI turning against its human creators, the plot of films from 2001: A Space Odyssey to I, Robot. With luminaries such as Elon Musk, Bill Gates and Stephen Hawking sounding the alarms about the threat of malicious AI, Mr. Rose asked Mr. Schmidt if he was concerned. He was not.

“These people have been watching a lot of movies,” Mr. Schmidt said, before pointing out that Mr. Hawking was a physicist, not a computer scientist, and adding that Mr. Musk “backed up his concern” by investing a billion dollars in AI technology.

“The human level of intelligence is a very hard problem, it’s hard to define what it actually is,” Mr. Schmidt continued. “My own intuition is that we probably need another discovery.”

Mr. Schmidt also discussed the U.S. government fight with Silicon Valley tech companies over privacy, but he did not address the recent raid of Google’s Paris offices in connection with a tax fraud probe. He did, however, take a slight dig at the continent that has had its fair share of battles with his company in recent years. Discussing the building of business parks for start ups in Cambridge, U.K., he said that kind of project was “rare for Europe, which doesn’t want to build anything.” 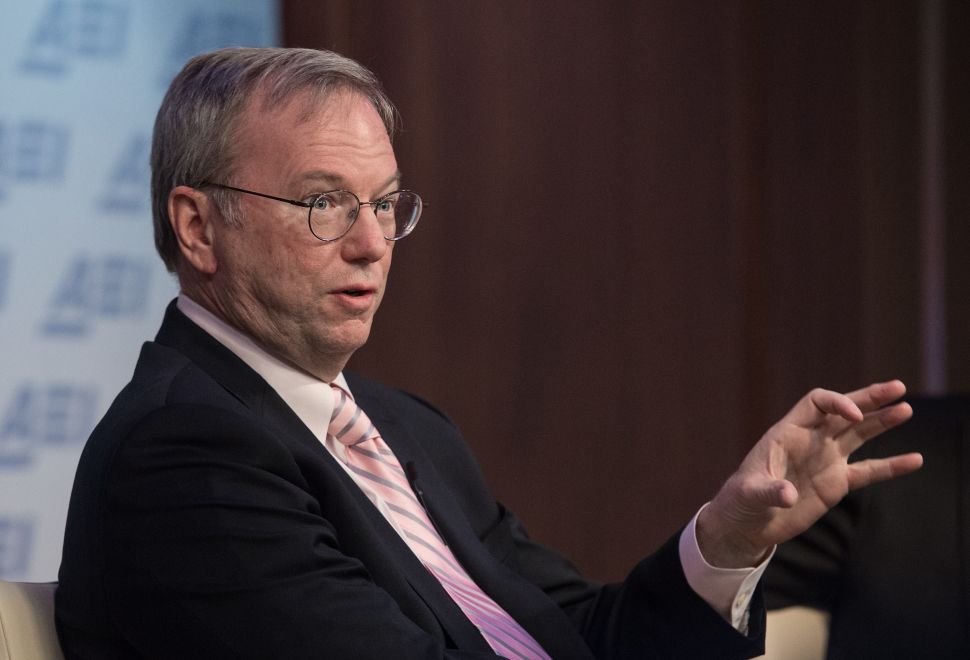