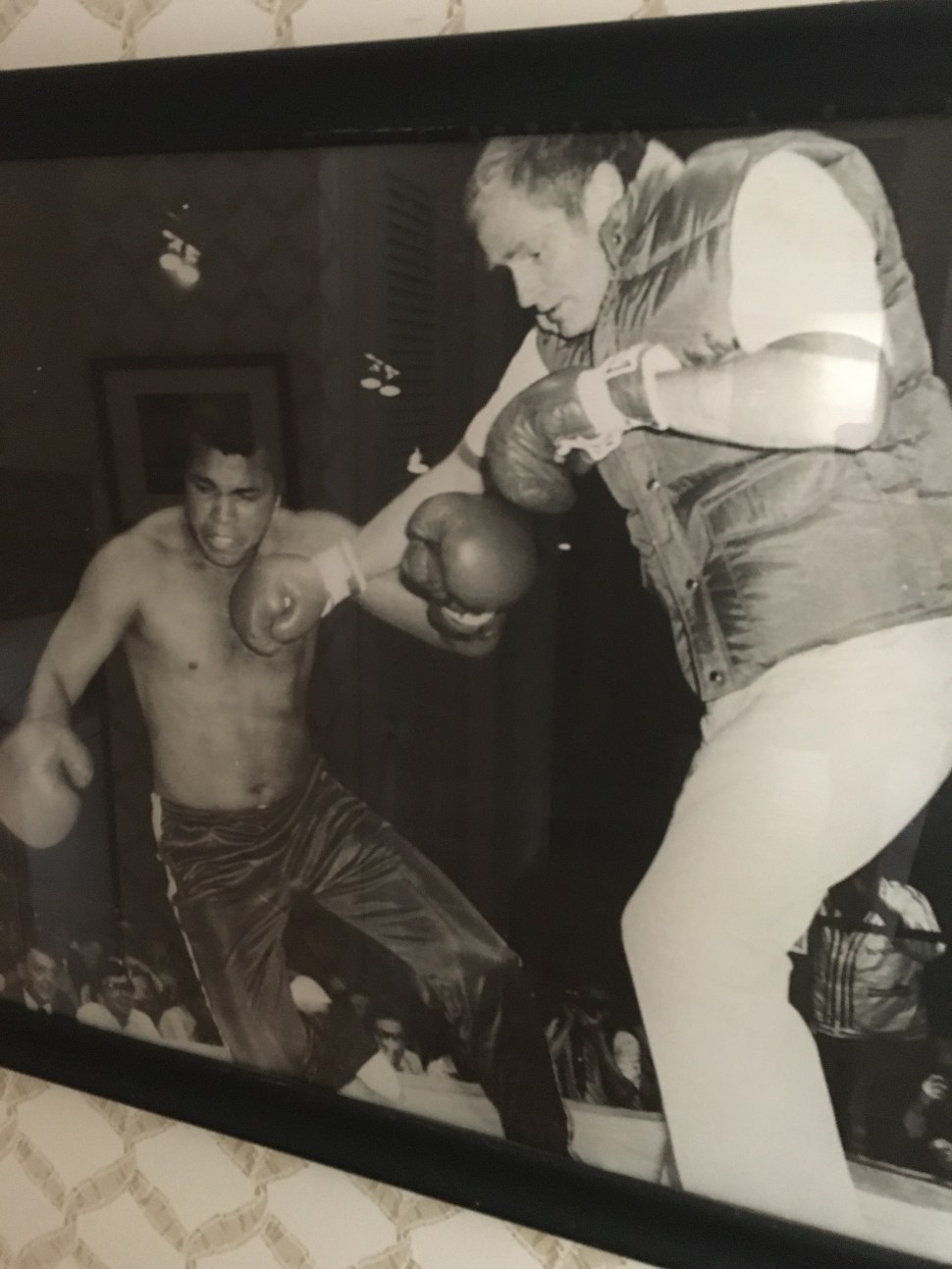 In a conversation with PolitickerNJ earlier today, former Governor Brendan Byrne recalled his exhibition bout with the late great Muhammad Ali. It wasn’t exactly a replay of Chuck Wepner’s bout with The Greatest.

“It didn’t last long,” Governor Byrne said. “Ali said ‘throw a right’ and I threw a right and he went down.”

The pair occupied the same ring in the Jersey City Armory on June 29th, 1979, as a warm up to Jersey City Mayor Thomas F.X. “Tommie” Smith’s sparring session with Mr. Ali, who died last night at age 74.

Smith wanted to take the champ’s head off. “Mayor Smith had trained for this bout,” Bryne remembered. “He was taking it very seriously.”

A former track champion and avid tennis player, the governor, for his part, didn’t train for the bout, and only spontaneously jumped in the ring.

Four years prior to their meeting in a ring, Muhammad Ali led a 1,600-strong march on Trenton (pictured below) in an appeal to Governor Byrne to pardon former middleweight contender Rubin “Hurricane” Carter. Later ruled wrongly convicted of those crimes, Carter at the time of the march was serving three consecutive life sentences for a 1966 triple murder. 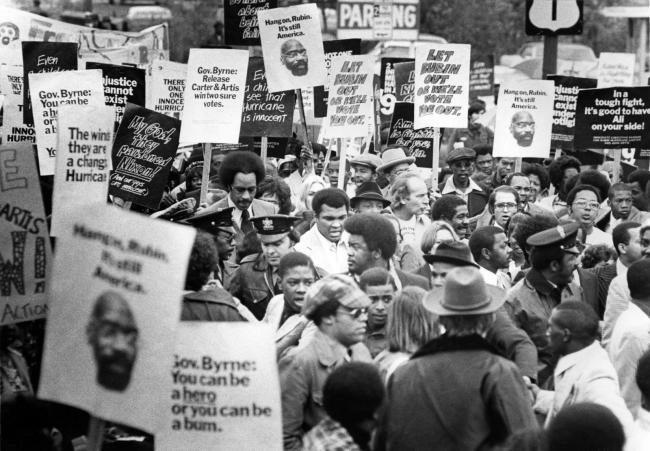 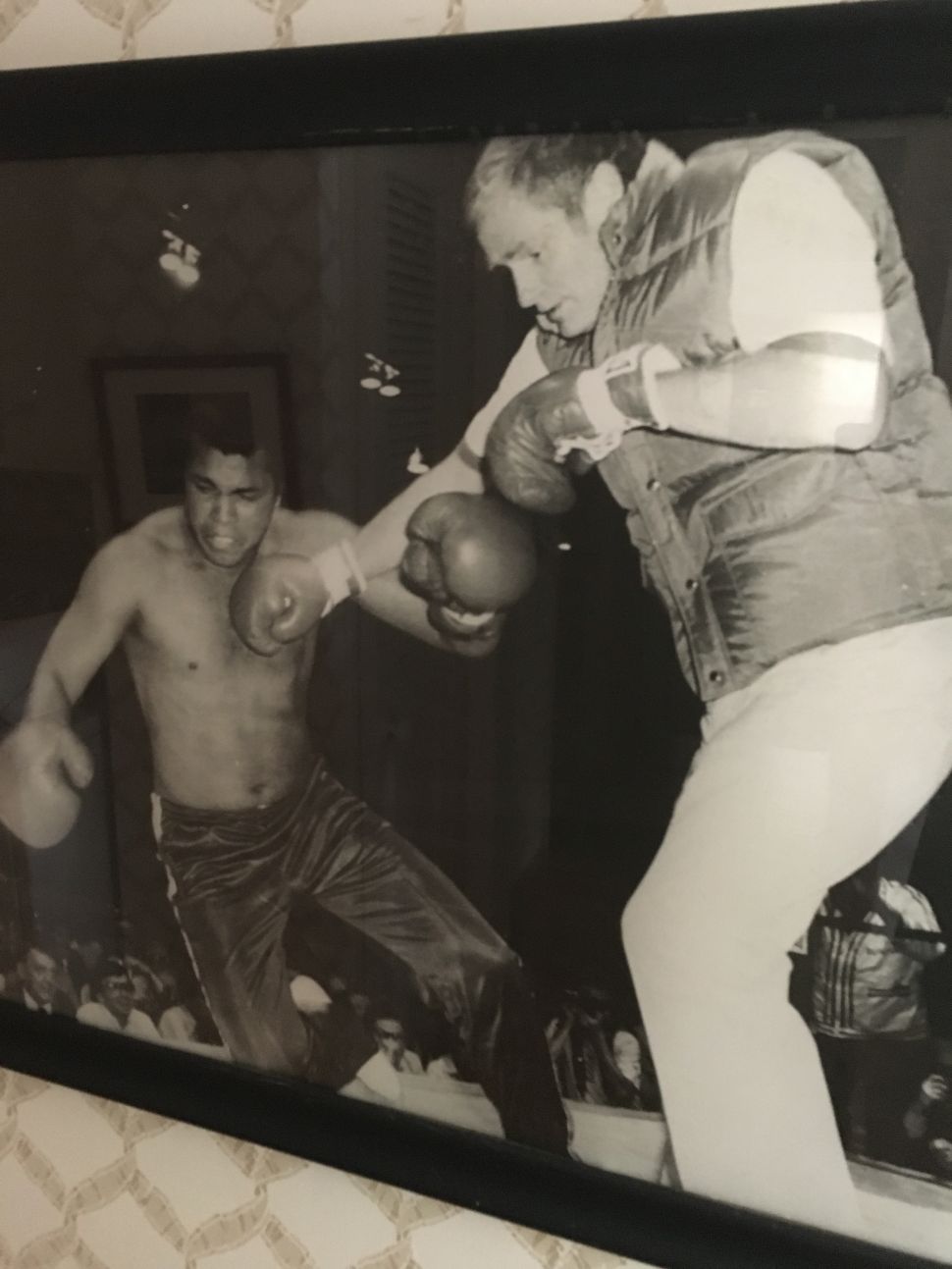