Earlier this week, a lone hacker—self-dubbed Guccifer 2.0—breached DNC servers and reportedly obtained opposition research on the presumptive Republican presidential nominee, Donald Trump. The DNC confirmed the hack and hasn’t denied the authenticity of the documents released. The Party has, however, continued to propagate that the hack was deployed by the Russian government—perhaps because the information that was released is far more revealing than just opposition research.

Internal memos, dated May 2015—long before the first state voted in the Democratic primary—referred to Hillary Clinton as though she was already the Democratic presidential nominee. The documents leaked by Guccifer 2.0 not only illuminate the DNC’s efforts to ensure Clinton’s coronation but also reveal the strategies used to shield her from criticism on ethics, transparency and campaign finance reform—all vulnerabilities for the corrupt Establishment darling.

Despite being under criminal investigation by the FBI and DOJ, Clinton has still managed to secure the Democratic presidential nomination. And, despite revelations from the State Department Inspector General—who reported Clinton did break federal rules, effectively debunking the defense she has echoed for over a year—Democrats still, shockingly, continued to vote for her in the remaining primary states.

Just one of the issues Clinton panders to voters is campaign finance reform, even though she has reaped more benefits from our broken system than any other presidential candidate in American history. Clinton has received millions in dubious donations through Super-PACs by exploiting campaign finance law loopholes. Thanks to an exempt Internet clause in existing campaign finance law, the Hillary Victory Fund (a joint fundraising committee with the DNC) and Correct the Record have legally and directly coordinate with Clinton’s campaign.

In another internal memo released by the hacker, the DNC feeds reporters stories to perpetuate specific agendas—presumably including the baseless Bernie-Bro attacks manufactured to discredit Bernie Sanders. The DNC’s narratives were not only misleading but also cited false information to corroborate their arguments. Sadly, this type of media manipulation has been in rotation since Bill Clinton’s presidency.

“Back in the mid-1990s, Bill Clinton relied on a series of Machiavellian spin doctors to keep the press at bay. With the Clinton White House, the modus operandi was to stonewall as long as possible, lie if necessary—or just out of habit—and turn questions around on the questioners,” wrote Jonathan Allen in 2015 for Vox. Throughout the Democratic primaries, Clinton has used the DNC to control the press while maintaining plausible deniability behind the Party’s veil of presumed neutrality.

Hillary Clinton didn’t win the Democratic primaries through democratic means. Rather, she stole the Democratic presidential nomination through systematic manipulation of the primary process. Over 400 super delegates pledged their support to Clinton before a single person cast a vote, the DNC is led by a Clinton surrogate, and mass consent for Clinton’s coronation was fed to the public through mainstream media outlets owned by wealthy Clinton donors.

The Democratic primaries exhibited a stark disregard for the values endemic to democracy, nearly solidifying an oligarchy in which corporations and wealthy donors use the government as a means to perpetuate their own agendas. These interests circumvented democracy to help Hillary Clinton out-raise Bernie Sanders by over $80 million from Super-PACs. These are the companies who offshore thousands of American jobs, who pushed for a Wall Street bailout when their greed and recklessness delivered our country into the worst recession since the Great Depression, and who have destabilized foreign regions around the world through unnecessary military intervention. Hillary Clinton represents an extension of disastrous policies, and her coronation by Establishment Democrats ensures corruption and dirty politics will continue as the status quo for years to come. 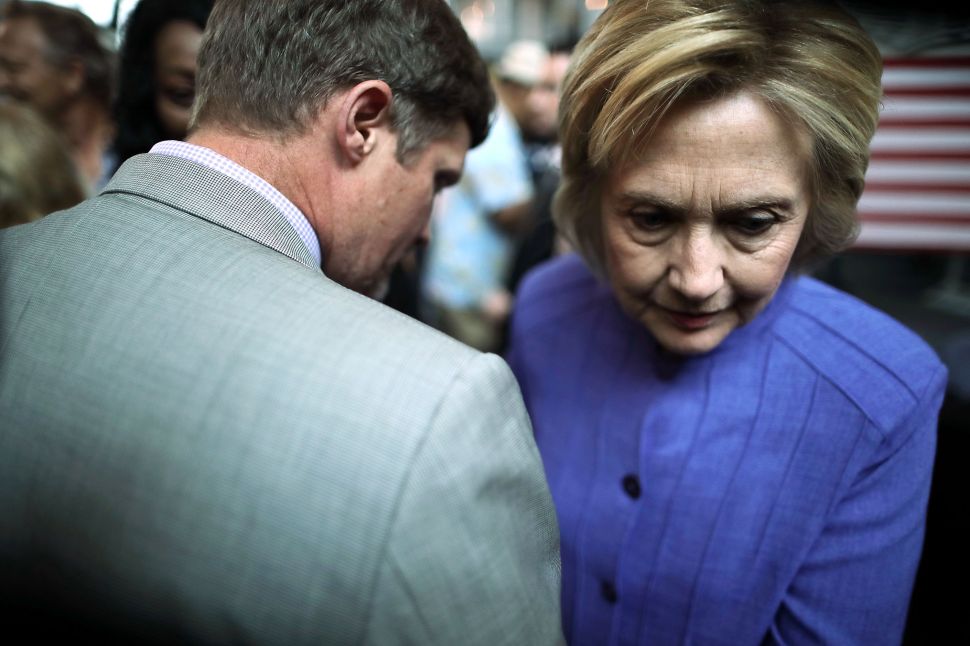