Following U.S. Senate Democrats’ refusal of a moment of silence for the victims of the mass shooting at an Orlando gay club in favor of calls for a ban on assault rifles like the one used in the attack, Assemblymen Reed Gusciora (D-15) and Tim Eustace (D-38) voiced their support for such a ban as they commemorated the victims during Thursday’s Assembly session.

Gusciora, who became the state’s first openly gay legislator when he publicly acknowledged his sexual orientation in 2006, condemned the both the shooter and politicians’ reactions to the attack, which has thrown a spotlight on three of the country’s most contentious issues: guns, gays and immigration.

“Sunday, 102 young people were gunned down in cold blood in Orlando; 49 people were murdered because of who they are,” Gusciora said on the Assembly floor. “Meanwhile, religious fanatics claim that killing in the name of god will somehow lead them to heaven and political leaders claim that attacking individuals or certain groups will somehow unite us.  In the end it was indeed a tragedy that so many lives were lost.  Our prayers of love are with the victims but we must not forget our responsibility to protect all our citizens and prevent future tragedies.”

Eustace pointed to the shooter being American-born, and called for New Jersey lawmakers to support a national ban on automatic assault weapons. Eustace and his late husband Kevin Williams were among the first gay couples to adopt a child in New Jersey.

“An American used an assault weapon on other Americans.  He went into an LGBT club on Latino night and created a massacre.  I ask that we remember that each life has a story, a meaning and a worth.  I ask that we remind each other to love our kids; teach them to love; love your neighbors and let’s provide a safer world.  I commend members of the U.S. Senate for forgoing a moment of silence and demanding an assault gun ban.  While we have one here in New Jersey, it’s time for a national assault gun ban. Let this be the last massacre we endure.” 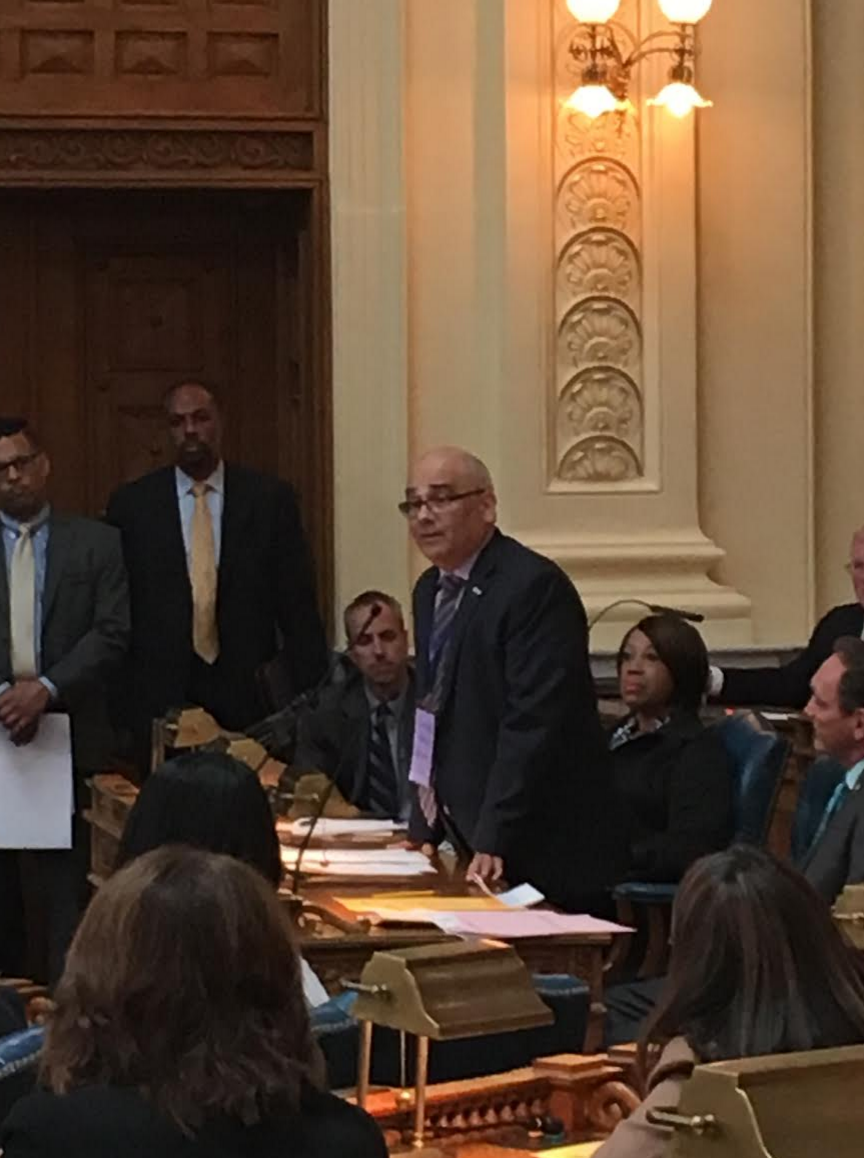