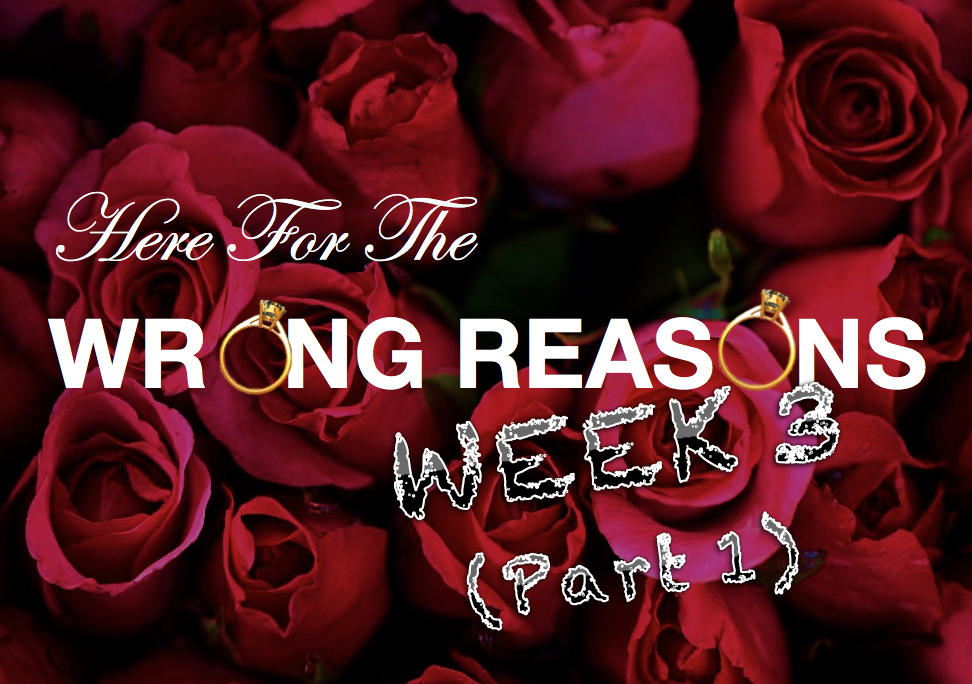 Welcome back to The Chaderlor–er–The Bachelorette, where a token long-haired girl is presented to a horde of douches like an Aztec human sacrifice.

Like it or hate it, the focus of the first act is “Chad”: how much he works out, how carefully he consumes calories, how much the other guys hate him. He’s also the type of guy who says things like, “Six hundo.” Chad is a men’s rights activist blog come to life, the human embodiment of CrossFit, an anthropomorphized FBI: Female Body Inspector T-shirt granted sentience by a self-loathing sorceress.

If Chad is Gaston, Daniel is his LeFou, hovering around and working out with him, mumbling creepy things like, “There you go,” as Chad completes a set of squats. Poor Evan, who thinks he’s the hero in this story, does sad little squats nearby.

JoJo decides to bring Generic Brunette Chase on the one-on-one date, taking him to an awkwardly sexual hot yoga class that ends with them straddling each other and making out, Chase’s terrible side tattoo in full view. “I’m so glad I got to see his funny, and goofy side!” JoJo says, of a man whose personality most closely resembles a wet paper towel.

Things to note: JoJo wears mascara while doing hot yoga, remains looking perfect and miraculously non-sweaty; her leggings turn into shorts magically before the camera needs to pan up her bare legs. As a “final surprise” for Chase, the two of them get to dance at a private concert of a band that both of them have to pretend to know.

Chase gets a rose and presumably a place in the final four.

The drama has already been stirred up in the house before the group date, because Chad mentions that he’d rather be on a date with JoJo without twelve other guys. Understandable but, come on, have you never seen this show before?

It turns out, the group date is a black box theater nightmare: every guy needs to get up on stage and tell an embarrassing sex story in front of a crowd. Chad is, surprise surprise, not on board. “She hasn’t earned that yet! My life is my business!” Blah blah blah says the manbaby who signed up to be on a television show. But Evan, poor sweet Evan, decides he needs to be the one to take Chad down.

Chad’s star is falling faster than anyone who’s ever been on The Apprentice. The other guys delight in JoJo being able to see his “true colors,” and even JoJo seems cool towards the self-proclaimed alpha bro. The Trump comparison comes full circle when he needs to defend himself against a Hitler comparison. This is the train wreck gift that keeps giving. Also worth pointing out: Chad eats a whole sweet potato like a banana and then takes a bite of lettuce. I want to read a blog fully devoted to what Chad consumes on the air.

When Evan makes a weird ultimatum (him or me, basically), JoJo does the bonkers thing of giving EVAN the group date rose instead of making the logical choice which is get rid of both of them right then and there. Oh JoJo.

Chad has become the overly protective boyfriend/bully in any 80’s teen movie. “Why would you choose that loser over a champ like me!” “Come on babe, no need spending time with this loser who does karate with a janitor, “I don’t care if he can dance, that doesn’t matter in the town of Footloose!” Etc, etc.

For her next one-on-one, we get singer-songwriter James Taylor being a terrible dancer and pulling out his guitar that he carries with him everywhere like a college freshman during welcome week.

This week is a two-parter, so check back tomorrow to see where this week’s rankings end up/to find out if Chad is finally going home. Although I will say, at this point, I’d rather see Vinny gone because, come on JoJo, have you seen that haircut 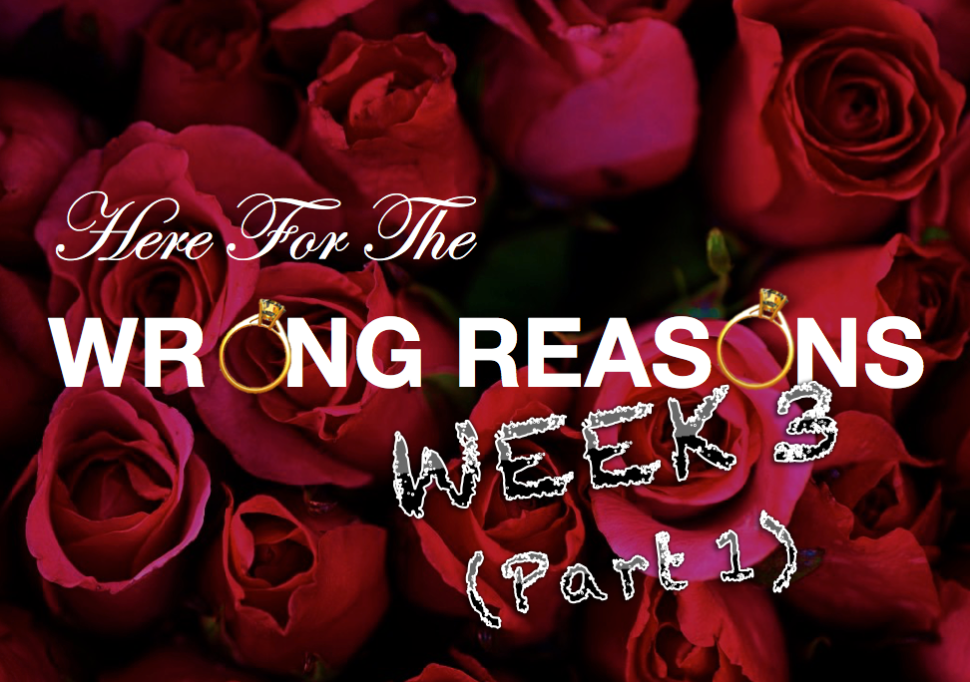