Ellie Goulding and Prince Harry are a match made in tabloid heaven. He has a penchant for blonde Brits who look like they’d be more at home wearing a crop top and scrunchie at Coachella than in a fascinator in the royal gardens. Enter pop star Ellie Goulding. The pair are rumored to be canoodling, which basically means they’re in a very serious, Facebook official relationship. Canoodling is usually what happens when two celebrities simply happen to be in the same vicinity, but Prince Harry and Goulding were actually spotted embracing at a recent polo match, leading royal watchers to start dreaming about the next royal wedding, as its been five years since the last regal shindig.

An unnamed source has confirmed that Prince Harry is “quite taken” with the British songstress who performed at his brother’s wedding, and in photos, he certainly looks intrigued. Prince Harry is famous for his bevy of blondes, so it’s unclear if they’ll begin a real relationship–but Goulding has an obvious affection for ginger men, even dating Ed Sheeran, and he’s as redheaded as it gets.

It makes sense that Prince Harry would be her next conquest–Australian actress Margot Robbie confused the redheaded two men at a party. Unfortunately, Goulding will never be as glorious of a potential wife as Pippa Middleton, who is the ultimate fairy tale choice…and everyone already knows she looks good in white. If Goulding and Prince Harry did tie the knot, here’s what might happen at the second most fascinating royal wedding of the last decade.

Taylor Swift would be a bridesmaid.

Taylor Swift is notoriously obsessed with weddings. Not only does she regularly crash them, she forced Vogue to accompany her to her best friend’s wedding, taking all focus away from the bride. Swift and Goulding are long time friends and Goulding introduced Swift to ex-boyfriend Calvin Harris and made an appearance in the “Bad Blood” video, so she’s close enough to join the wedding party. Other bridesmaid options would include Karlie Kloss and Cara Delevingne, making it a runway-worthy aisle.

Prince George would be the best dressed man in attendance.

No offense to Princess Charlotte, who has proved quite adept at being photographed and is a social media star in her own right, but Prince George is still the most precious royal around–sincere apologies to Sweden and their latest babies. Can you even imagine Prince George in a tiny tuxedo? He would be the true star of the show and everyone would want to know who he was wearing.

The ginger songbird notoriously wrote “Don’t” about his relationship and break up with Goulding. The lyrics detailed her cheating on him with Niall Horan while they were staying in the same hotel on tour. Sheeran seems unable to move on from the short-lived relationship. His objection song would almost certainly be an incredible hit. He would end the night by trying to go home with Swift, now that she’s single and tired of always being a bridesmaid. Once she refused his advances, he would mourn with yet another enormous animal tattoo.

There would be an appearance from the world’s greatest meme, the grumpy flower girl.

Grace Van Cutsem was memorable as a flower girl. She was as close as humanly possible to the ultimate Disney wedding, but instead of enjoying herself, she was incredibly angry the entire time. Van Cutsem is older now, which means she’s basically a cool teen, and there’s no one more jaded, or angrier, than them. She would torment Swift and all her gal pals and wear an even more Coachella worthy flower crown.

As the Matron of Honor, Kate could don her wedding gown again. She started a trend when she put her bridesmaids in white–it signals, “I know I’m prettier than you, so we can all wear the same color,” but Pippa did upstage her a bit. The Duchess is well-known for repeating outfits, so why not break out her most famous gown for Prince Harry’s special day? It would be the ultimate revenge for him not marrying Pippa. 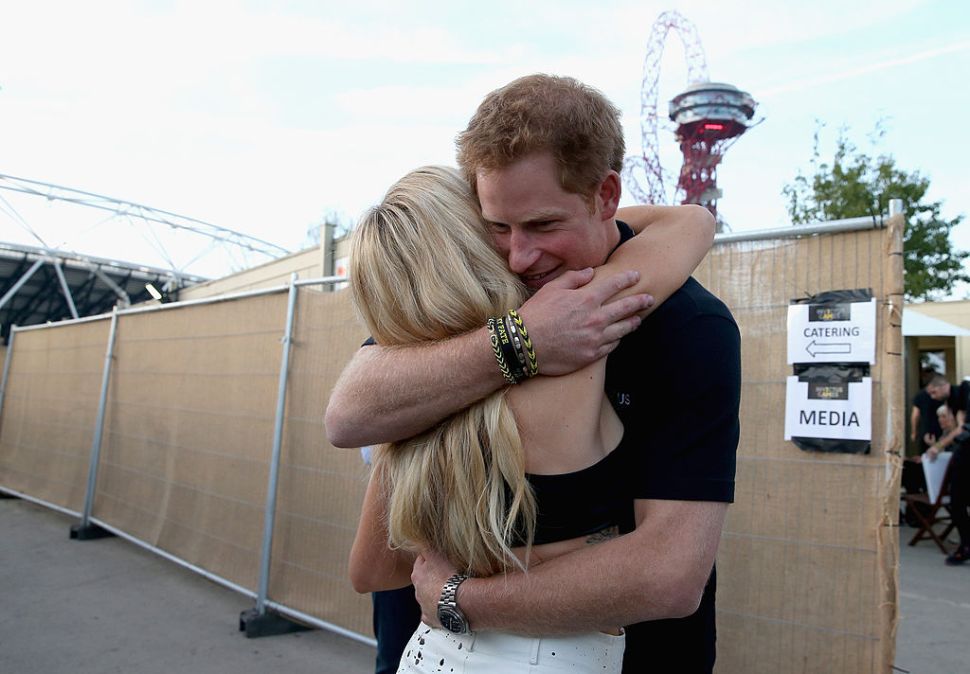