Democratic presidential frontrunner Hillary Clinton claimed on Tuesday that “people”—meaning more than one—come up to her during her events to say: “I really admire you, I really like you, I just don’t know if I can vote for a woman to be president.”

The claim was so odd that even some of Clinton’s supporters questioned whether she was accurately retelling what she had heard. Columnist Ana Marie Cox suggested that maybe people were telling Clinton that they wanted to vote for a woman, but didn’t like the Democratic frontrunner.

While that’s possible, I think it’s more likely that Clinton made up this claim or grossly exaggerated what someone may have once said to her. I find it difficult to believe anyone would go to a presidential candidate’s event, get the opportunity to speak with them, tell them they like them, but say to their face that they won’t get the vote because of their sex.

And if indeed that is happening multiple times to Clinton, what does it say about the Democratic Party’s claims to being above sexism?

The reason I have trouble believing the latest claim of sexism by Clinton is that she has made highly dubious claims before. Call it the “presidential candidate who cried wolf.”

When previously on the campaign trail, Clinton made a few accusations of sexism involving the Marine Corps and NASA.

She claimed after she became first lady back in the 90s that she tried to join the Marines but was told: “you’re too old, you can’t see and you’re a woman.” She later—while running for president in 2015—said only that the Marine recruiter told her she was too old.

Columnist Maureen Dowd picked apart this accusation, noting that at the time Clinton was “an up-and-coming legal star involved with an up-and-coming political star,” making her sudden attempt to join the Marines… odd. She was also already featured in a Life Magazine article and had organized anti-Vietnam War teach-ins at Wellesley College.

The Washington Post talked to old friends of Clinton’s who recalled she had mentioned joining the Marines, but they believed it was more of a test to see whether they would discriminate against a woman. A former Marine lawyer told The Post that it was “ludicrous” to suggest the Marines wouldn’t accept a woman to the Judge Advocate General’s Corps (which some have speculated Ms. Clinton really applied for) back in the 70s, because “They desperately needed lawyers,” and he knew lawyers with glasses the “size of Coke bottles” and at least one female JAG officer.

Oh, also, the Marines have been enlisting women since 1918, sent women to Korea in the 1950s and had about 2,700 women serving at the height of the Vietnam War. By 1975, women were accepted into all Marine occupational fields except infantry, artillery, armor and pilot or air crew.

The Post gave Ms. Clinton’s claim two Pinnochios, saying the details don’t really add up, but maybe her friends at the time were correct in that the future first lady was testing the Marines’ treatment of women.

Her NASA claim holds a little more weight, as the agency confirmed that at the time Clinton may have written her letter (when she was a teenager in the early 60s), NASA had just started its space program and had no plans (at the time) to induct female astronauts—the requirements then included a degree in engineering and being a military test pilot.

Clinton, however, uses this story not only to show how she has been motivated to fight against discrimination, but also to serve her ongoing quest to make people believe America hasn’t become any less sexist than it was when NASA was still learning what the physical requirements for space travel would be. She may have sent NASA a letter, or she may have heard about the “Miss Kelly” letter that had been circulated (but never authenticated) and adopted it into her story. It’s not like most people haven’t misremembered details of their past decades later.

Let’s say the NASA claim is true and the Marine claim is sort of true—both of those events happened decades ago when we know there was still at least some sexism in the workplaces. Making up a new accusation to try to get women to believe that level of sexism still exists is cruel, really. How does that not keep women down by making them believe they can’t achieve anything? 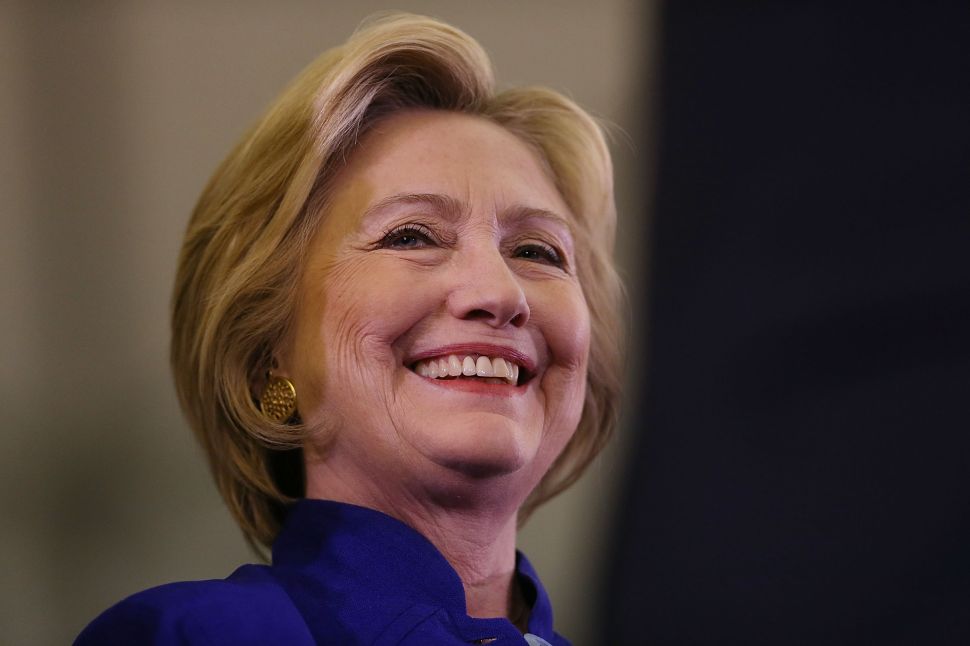