For many progressives, some of President Barack Obama’s policies have contradicted the liberal values supposedly represented by the Democratic Party. Even worse, many of Obama’s corporate-friendly policies—the worst offenses of his legacy for liberals—would be expanded upon by another Clinton presidency.

Obama‘s most notable deviation from liberal values—which Hillary Clinton is likely continue to push—has been his support for the Trans-Pacific Partnership Agreement. While Clinton initially opposed the Trans-Pacific Partnership Agreement, she helped move forward negotiations during her service as secretary of state, and her campaign has gone to great efforts to shield Clinton from criticism regarding the deal.

In the paperback version of her book, Hard Choices, Clinton omitted her support for TPP, which she has referred to as “the gold standard in trade agreements.” But after Bernie Sanders and several prominent labor unions staunchly opposed TPP after fast tracking authority was granted by Congress in 2015, Clinton caved to the pressures of popular consensus and opposed the deal as to not risk losing highly coveted endorsements. The Obama Administration has delayed the release of any emails from Clinton’s private server mentioning TPP—fueling the suspicions she has provided indefensible support for the agreement. According to Japan News, a senior Japanese government official predicted Clinton will change her stance to again support TPP if elected president. Such sentiments were reiterated by Chamber of Commerce President Tom Donahue in a January 2016 interview with Bloomberg.

Hillary Clinton‘s efforts to hide her involvement with the Trans Pacific Partnership Agreement illuminate to the level of secrecy and damage control her administration would need to employ on a regular basis if she became president. And while Obama promised to run a transparent administration, he has set records for withholding Freedom of Information Act requests. Our current president used the Espionage Act to chase more whistleblowers than all previous administrations combined—yet leaks by General David Petraeus were treated as a misdemeanor and Clinton remains entirely unpunished for her use of a private email server.

In February 2016, Gawker reported findings from a Freedom of Information Act request in which Clinton’s spokesperson, Phillipe Reines, withheld a copy of a speech Clinton was giving. Reines agreed to release the speech to a writer for The Atlantic only under certain conditions—including a promise not to say he was blackmailed into making particular edits. The same emails obtained through the FOIA request show Politico’s Mike Allen agreeing to interview Chelsea Clinton under the conditions the coverage would remain positive.

It has been suggested that the only reason Clinton wouldn’t run for president in 2016 is her fear of and scorn for the media, stemming from the Clintons’ initial experiences in the White House. “Back in the mid-1990s, Bill Clinton relied on a series of Machiavellian spin doctors to keep the press at bay. With the Clinton White House, the modus operandi was to stonewall as long as possible, lie if necessary—or just out of habit—and turn questions around on the questioners,” wrote Jonathan Allen in 2015 for Vox.

Hillary Clinton has employed similar tactics in 2016, during which she has avoided the press as much as possible. This was initially facilitated by Clinton’s 2008 campaign co-chair, Debbie Wasserman Schultz who, as current DNC chair, strategically scheduled debates to limit Clinton’s exposure. While mainstream media was entranced by Donald Trump and a crowded Republican Primary, Clinton’s presumed coronation in the Democratic primary was virtually unchallenged by mainstream media pundits, allowing her to win the Democratic primaries without holding a single press conference in 2016.

As secretary of state during Obama’s first term, Clinton employed disastrous interventionist policies, yet her campaign and supporters still maintain her service as a qualification for her presidency—rather than stark evidence of the dangers her presidency would impose on the rest of the world. From regime changes in Libya, Syria and Honduras, and her initial vote for the Iraq War, foreign policy isn’t a category in which a Clinton administration should be allowed to dabble.

Democrats who supported Obama when he was first elected have since become disenfranchised, and the congressional gridlock that hindered Obama’s administration throughout his tenure is likely to increase. Under a Clinton presidency with corporate socialism as the policy standard, she won’t just maintain the current political system, but will expand special treatment of wealthy corporate interests. 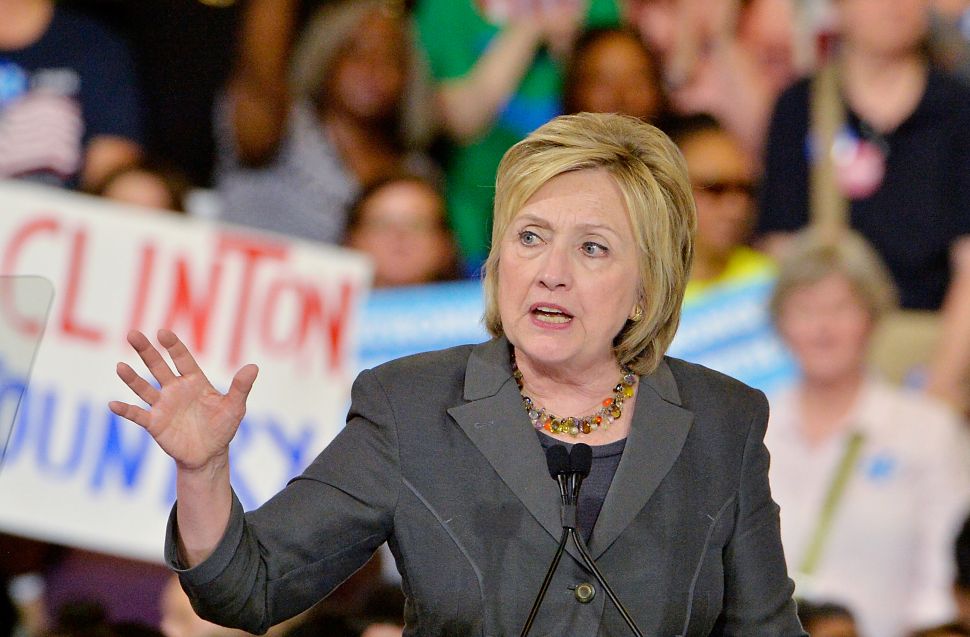