While it seemed as if Iran and Germany were on the road to making nice, a recent caricature contest involving Iranian culture minister Majid Moullanourouzi, which supposedly featured cartoons that denied the existence of the Holocaust, has left a bump in the road to mending fences, according to a report from Germany’s public news outlet, Deutsche Welle.

The controversial imagery in question not only postulated that the Holocaust was fictitious, but also poked fun at victims. In Germany, Holocaust denial is a punishable crime.

In July 2015, Iran signed an agreement with the U.S., U.K., France, China, Russia and Germany to lift economic sanctions so long as it restricts its nuclear program. Now, Germany is taking the new partnership with Iran one step further, and has planned to show a traveling exhibition of Modern art from the Tehran Museum of Contemporary Art via a deal organized through the Prussian Cultural Heritage Foundation.

The exhibition in Berlin is set to open December 2016 and feature paintings by Claude Monet, Max Ernst and Jackson Pollock that once belonged to former Shah Farah Pahlavi and have not been shown abroad since the Iranian Revolution of 1979. A host museum has yet to be announced, according to the Art Newspaper.

However, shortly after the two countries finalized plans for the historic exhibition, Moullanourouzi, who also serves as director of TMoCA, participated in the controversial art contest by awarding top prizes to winners.

During a May press conference, a government spokesperson explained that the cartoon contest had previously been discussed during German Foreign Minister Frank-Walter Steinmeier’s last trip to Iran in February, and at that time the minister had expressed his opposition to the event.

The exhibition has been given $3.4 million in funding so far from the German commissioner for culture and the media, Monika Grütters, and approximately $569,150 from the Foreign Ministry.

“At the time, we were unaware of the partner’s connection to Holocaust denial,” said Grütters’ press office, adding that culture minister would “never provide political support to Holocaust deniers.”

While the Culture Ministry has not confirmed whether it will continue to support the exhibition, the Foreign Ministry and Prussian Cultural Heritage Foundation appear to want to push forward.

“Our policy is such that more, not less, contact be made, and that we need more exchange in the cultural arena, even though it can sometimes be difficult and tedious,” the Foreign Ministry told Deutsche Welle. “Denial of the Holocaust will not find a stage in Germany.” 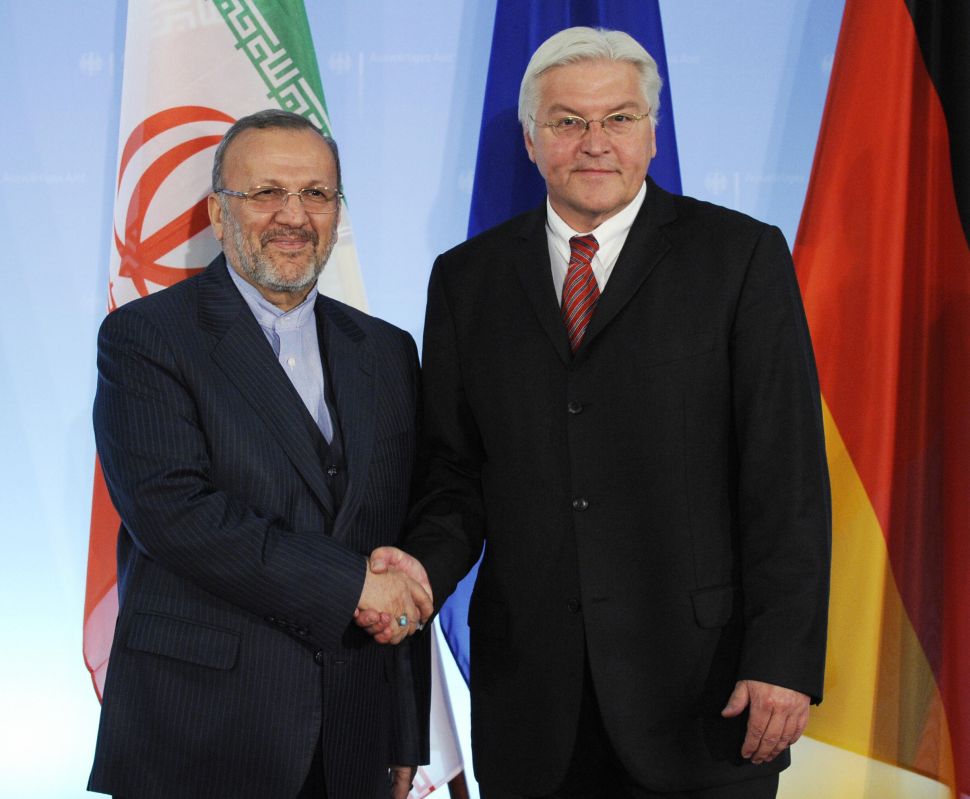