The murderous attack at the Pulse Club in Orlando over the weekend is sickening for many reasons. The simple scale of it is, even by the standards of mass shootings in the U.S., simply flabbergasting. Fifty people were killed and at least that many were injured, making it the worst mass shooting in U.S. history. More people were killed in the Pulse nightclub that at Columbine, Sandy Hook, San Bernardino last fall or Virginia Tech in 2007. Another perspective on this is that the number of deaths in the shooting at the Pulse was fully one third as many as the Oklahoma City bombing in 1993. The sheer number of people killed should shock anybody with a shred of humanity, but the reasons that the murderer committed this horror must not be forgotten either. Inside the twisted, evil mind of Omar Mateen swirled a toxic brew of Jihadist fury and homophobic hatred that too frequently transcends any particular faith, religion or ideology.

Mr. Mateen’s killing spree has led to a spate of political debates. It is a powerful condemnation of American society that these shootings are so common that we now have a set of predictable responses. Advocates for gun regulation seek to take this moment to draw attention to the need for stronger gun laws. Opponents of further regulation of guns, with all the logic of saying the days following an earthquake are not the right time to discuss improving FEMA, posit that any discussion of gun regulation now is politicizing this tragedy. GOP nominee Donald Trump responded to this tragedy by reminding the American people that it, regardless of what it is, is always about him.

The politics of this shooting are more than just about guns. The victims of this attack were killed for the simple reason that they were gay. Mateen’s hatred of gay people was the major motivating force behind actions. While American history features examples of institutionalized bigoted violence and unequal treatment, there are few, perhaps no, examples of one person committing a hate crime of such an enormous scale.

This is not, however, only a story of an angry hateful man, with easy access to assault weapons, shooting up a gay bar. It is the story of a man who linked, increased and grounded his hatred in a radical and violent interpretation of Islam. That makes the politics, and indeed the politicization of this attack, far more complicated. First, it makes it possible for those who do not want to see American gun laws changed to argue that the issue here is radical Islamist terror—not access to military style assault weapons. Second, it makes it easier for America’s Christian majority to see this act of violent bigotry as a problem of Islam rather than a domestic problem.

The Lieutenant Governor of Texas’ response to these terrible events is, among other things, a reminder of the strength of homophobia and self righteousness in American society.

This latter dynamic is particularly important and vexing. The record of radical American Christians preaching hatred towards LGBT is clear and extensive. If that long pedigree was not sufficiently distressing, Dan Patrick, the Lieutenant Governor of Texas, reminded Americans, shortly after the killings, of how Christianity in its most radical political form continues to be an instrument of hate towards LGBT people. Mr. Patrick’s response to these terrible events is, among other things, a reminder of the strength of homophobia and self righteousness in American society.

Homophobia, Islamist terror and the debate about gun policy are perhaps the three most intense subjects of debate in our political life today. Additionally, the killer was a first generation American, so immigration is part of the debate around this event as well. The interplay between these political issues will keep this story in the news, but will make it very difficult for any meaningful policy reform to result. Those who are committed to Americans having access to military assault weapons with little or no background checks or limitations will keep waving the flag of terrorism to distract from the rather obvious reality that making it so easy for people, including those like Mr. Mateen, to get these weapons only increases the likelihood and frequency of mass killings. Additionally, the fact that Mr. Mateen was the son of Muslim immigrants will give rhetorical fodder who believe walls and blanket forms of religious discrimination are necessary to ensure the safety of our country.

Sadly, it is also likely that Mr. Mateen’s Islamic faith will deflect the intrinsically bigoted and hateful nature of the crime for a large chunk of the American population who prefers to panic about the Muslim other rather than think about the hatreds that remain among large segments of our society. An American walked into a club and killed roughly 50 other Americans because they were gay. This is a central fact of what happened in Orlando over the weekend. That is something that should remain central to the discussions, policy proposals and expressions of shock and sadness surrounding this event. If it doesn’t than it is not simply Mr. Mateen’s bigotry and homophobia that is the problem. 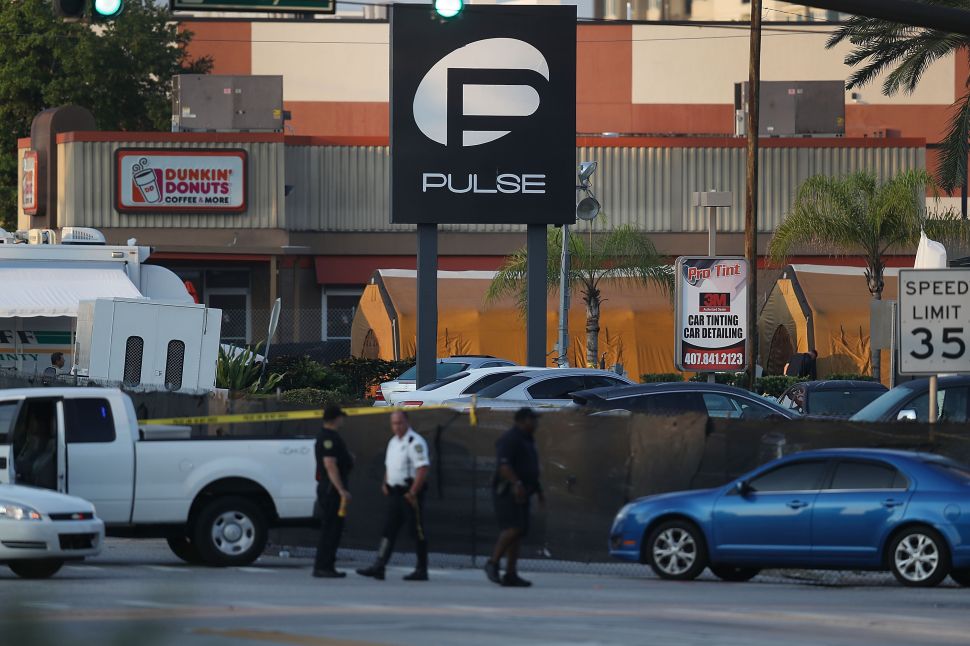