It’s not such a far-fetched notion. Vermont was an independent republic from 1777 to 1791, and despite signing the Constitution, Vermont reserved its right to leave the union. New York, Rhode Island and Virginia explicitly did so.

In researching “Free Dakota,” my novel about secession, I discovered that in the early 1800s, talk of secession was more common among the New England states than among the southern states. Few people questioned a state’s right to secede.

For its part, the Declaration of Independence clearly recognizes the right to form a new government when “it becomes necessary for one people to dissolve the political bands which have connected them with another.”

The Constitution, on the other hand, may say otherwise. Most constitutional scholars interpret the 14th Amendment, ratified in 1868 in the wake of the Civil War, as prohibiting secession. The language of the amendment is not explicit in terms of secession, though. The relevant text of the amendment simply says:

No State shall make or enforce any law which shall abridge the privileges or immunities of citizens of the United States; nor shall any State deprive any person of life, liberty, or property, without due process of law; nor deny to any person within its jurisdiction the equal protection of the laws.

Most constitutional scholars interpret this citizenship clause as asserting that each citizen’s allegiance is first and foremost to the federal government, and a state may not interfere with that allegiance by seceding. This interpretation may be ripe for a challenge, though.

The emotional desire for stability in union is understandable, but it comes at a high price. What if there are irreconcilable differences? Everyone wants a marriage to last until “death do us part” but wedding vows are no longer sacred in that way. Why should things be different with states? As with amicable divorce, peaceful secession is possible and would not be unprecedented. In the Velvet Divorce of 1993, for example, Czechoslovakia peacefully divided into the Czech Republic and the Slovak Republic.

If only there were empty land claimed by no nation. Who would object to a bunch of malcontents from Vermont moving there and starting their own republic? But the world is no longer such a place. There are no new lands to be discovered, no places to plant new flags and try new ideas. That is why Vermont should look to its neighbor, New Hampshire.

In the spirit of their motto “live free or die,” some residents of New Hampshire have begun the Free State Project. The goal of the movement is to entice people to move to New Hampshire and to form a critical mass that would change local laws to allow for greater personal liberty. Nearly 2,000 people have moved to New Hampshire already, and more than 20,000 have pledged to move within the next five years.

It may be difficult for the Free State Project to grow beyond those numbers, however. The best-case scenario would position them to change local laws such as those concerning the legality of marijuana. New Hampshire would still be subject to all federal laws and the limits they place on individual freedom – unless they secede, that is.

Secession is exactly what an offshoot of the Free State Project, called the Foundation for New Hampshire Independence, has in mind. Perhaps because secession is a dirty word with ugly associations, the foundation prefers to speak in terms of independence. But make no mistake about it: they are planning for New Hampshire to leave the United States.

Secession could be the answer for progressives too. Plenty of people are saying they will move to Canada if Trump is elected, but maybe they should just move to Vermont. As Thomas H. Naylor, the originator of the Second Vermont Republic, says, “Vermont provides a kinder, gentler, more communitarian alternative to a nation obsessed with money, power, size, speed, greed and fear of terrorism.”

At the high point of its polling, only 13 percent of residents supported the Second Vermont Republic’s aim of secession, but a strong majority support the democratic socialist ideals of the movement as embodied in Senator Sanders.

To make the secession a reality, the Second Vermont Republic should take a page from the Free State Project’s playbook by inviting people to move to Vermont. Once a majority of the state population favors secession, then serious action could be taken.

It is highly unlikely that Vermont or New Hampshire will secede any time soon. But if they did, we would have two new nations existing side by side in North America, one a democratic socialist republic and the other a libertarian republic. People would have a genuine choice. The only problem is Bernie Sanders may not live long enough to see it happen and become the first president of Vermont. And for that matter, Ron Paul may not live long enough to become president of New Hampshire.

William Irwin, Professor of Philosophy, King’s College. This article was originally published on The Conversation. Read the original article. 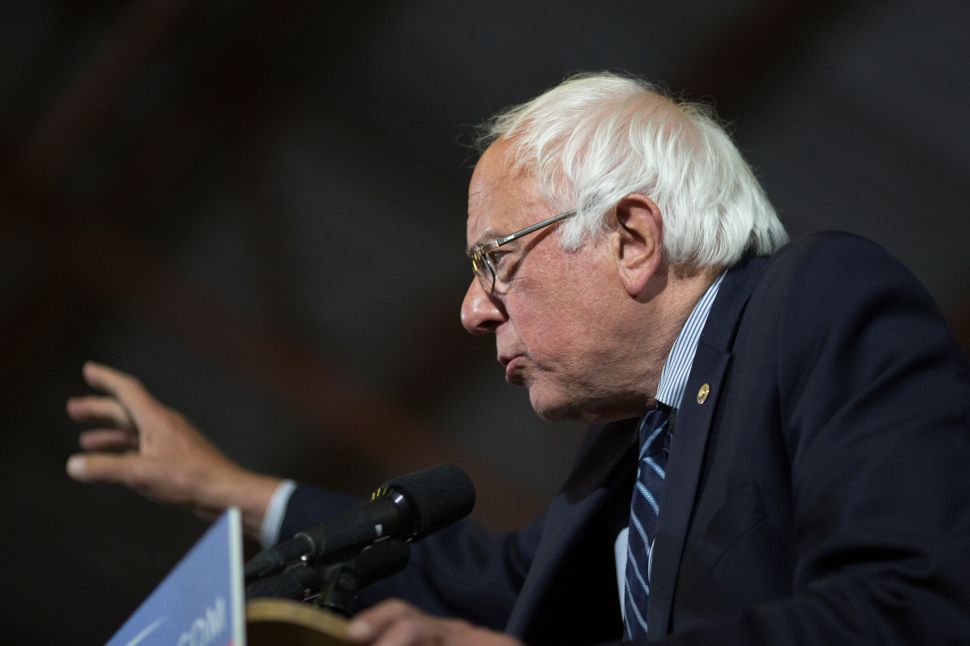