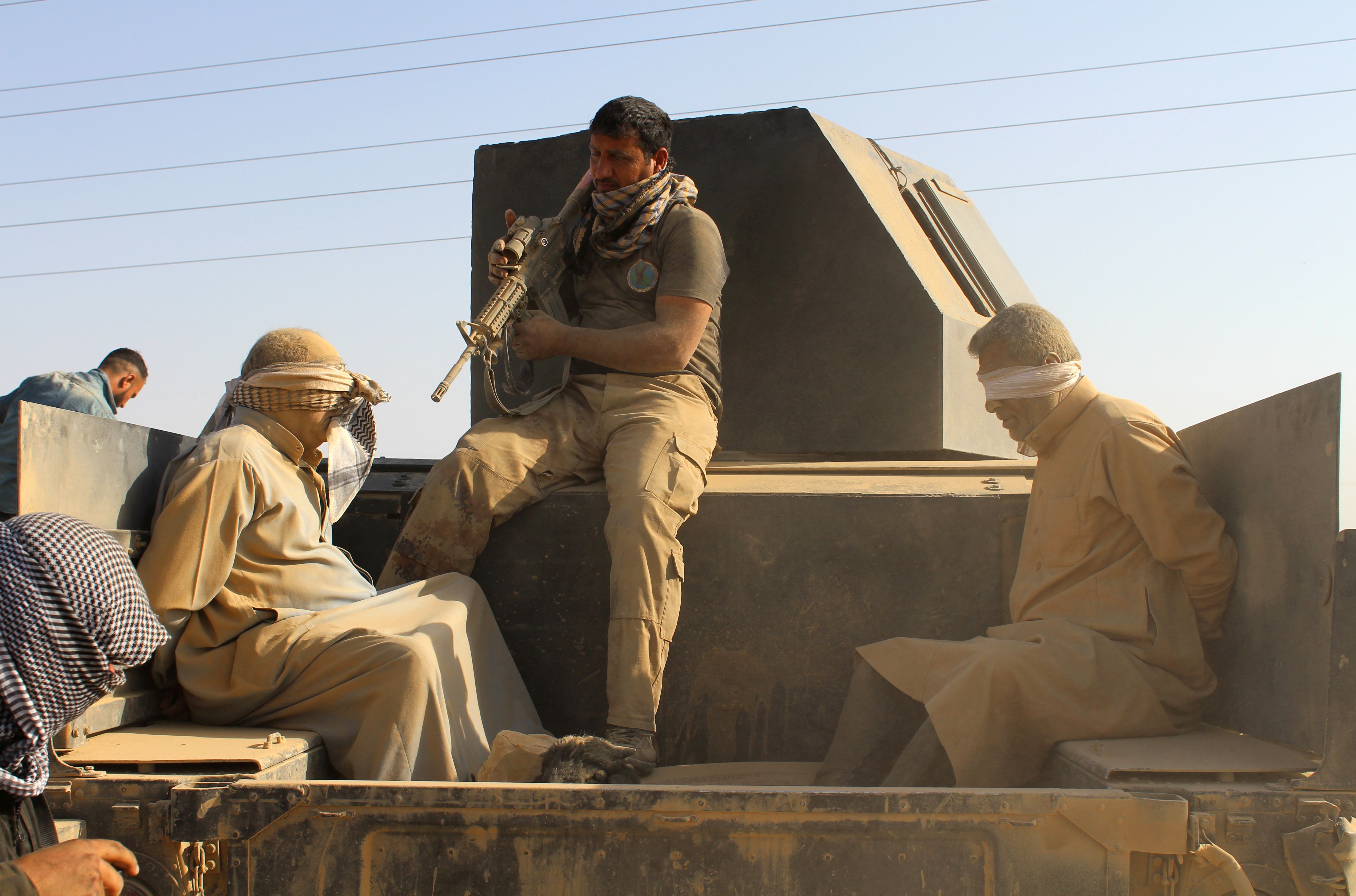 President Obama’s not-quite-a-war against the Islamic State is about to enter its third year. That hardly any Americans know what’s it’s even called (Operation Inherent Resolve, in case you wondered) speaks volumes about how diffidently this White House has treated the issue of defeating these jihadist madmen.

Despite the fact that ISIS represents a grave threat to the Middle East and beyond, with its forces occupying significant chunks of Iraq and Syria, Obama has consistently low-balled the danger these jihadists pose to the world. While the president no longer tries to dismiss the Islamic State as the “junior varsity” of jihadism, Obama has never given this threat the attention it merits. Indeed, the president and his bloated and micromanaging National Security Council have seemed more eager to talk about how the White House is beating ISIS than doing anything concrete to actually do that.

Now we have fresh assurances that “this time is different” as Obama has committed increased numbers of special operations forces to Operation Inherent Resolve. All this comes with nitpicking debates about whether our SOF are “in combat” and if they represent “boots on the ground” in Iraq and Syria. This is Obama’s silly season, since it’s transparently obvious that our military special operators, with help from CIA paramilitary personnel, are very close to combat, at minimum, when they support anti-ISIS forces whose boots are very much on the ground.

In theory, SOF from the United States and allied countries are supposed to enable locals to defeat ISIS, with assistance from Western airpower. However, that approach has never worked as advertised, despite the frequent killings of senior Islamic State officials by our airplanes and drones. Moreover, the Pentagon is rapidly running out of the costly precision munitions, especially laser-guided bombs, that are the mainstay of the air campaign against ISIS. Such weapons give our airstrikes a high degree of accuracy while limiting collateral damage (i.e. dead civilians). Without them, the U.S.-led air war against the Islamic State will either have to cease or become much costlier in innocent life.

Then there’s the unavoidable reality that Iraq’s military, the bulwark of our struggle against ISIS, is an expensive mess. Despite the expenditure of billions of our dollars and countless man-hours by the American military, Baghdad’s armed forces remain shambolic. Riven by factionalism, plagued by low morale, and unable to conduct complex operations without considerable American help, the Iraqi military is not up to defeating ISIS.

The harsh reality is that Obama will soon leave office, bequeathing a much more dangerous jihadist threat to his successor than the one he inherited from George W. Bush.

Their current efforts to push jihadists out of Fallujah—the Iraqi city which was cleared of Sunni extremists by the U.S. military at great cost in 2004—can be fairly termed plodding and uninspired. Sectarian divisions remain insurmountable in the Iraqi military, at the cost of military effectiveness, while many of Baghdad’s best units are unsavory Shia militias under the control of Iran’s Revolutionary Guards, who are no friends of ours—or Sunni civilians.

To sum up, our efforts to defeat the Islamic State are going nowhere, fast. Obama entered office at the beginning of 2009 facing Al-Qa’ida on many fronts. He made important steps toward defeating that foe, especially the killing of Osama bin Laden in May 2011 by U.S. Navy SEALs, but the harsh reality is that President Obama will soon leave office, bequeathing a much more dangerous jihadist threat to his successor than the one he inherited from George W. Bush.

What is to be done? While strategic defeat of the Islamic State is at least a decade-long project, paths to victory are already apparent. And they have nothing to do with “boots on the ground,” much less invading and occupying whole Middle Eastern countries.

A hint is offered by news of deadly purges inside the group. The Associated Press reported that “dozens” of ISIS fighters, some senior, have been killed in recent months by their own organization as suspected turncoats. These murders are happening in multiple locations across the Middle East, indicating there’s a deadly mole-hunt in progress throughout the Islamic State.

The catalyst for this deadly paranoia has been the targeted killing of top jihadists by American drones and airstrikes, which ISIS fears is caused by tip-offs by traitors. In truth, most of these assassinations are driven by our superb technical intelligence, for instance signals intercepts, but terrorists are naturally paranoid and every drone kill causes another hunt for turncoats inside ISIS, with suspects being summarily executed.

For us, this is nothing but good news. Every minute ISIS spends looking for traitors—real or imagined—is time they cannot spend on plotting terrorist attacks, training jihadists, or killing innocents. Not to mention that the climate of fear engendered by multiple mole-hunts is certain to degrade ISIS morale and effectiveness over time.

The Islamic State possesses a fearsome counterintelligence apparatus, much of inherited from Saddam’s vicious secret police, and they are anything but squeamish when it comes to ferreting out traitors. Trained by the cunningly cold-blooded KGB, Saddam’s spies who now serve ISIS are paranoid about moles to the point of pain and they will stop at nothing to crush them. They are happy to kill several innocents to ensure that one actual traitor does not escape.

Yes, you really can be too crazy to be in Al-Qa’ida.

This represents a longstanding key vulnerability of Sunni jihadists. As I explained in my 2008 book The Terrorist Perspectives Project, co-authored with two former Intelligence Community colleagues, overzealous counterintelligence can easily be the undoing of Islamist terrorists. Since they are already prone to paranoia about penetration, stoking those fears can cause them to cease operations altogether as they hunt for traitors (who may not even exist).

Al-Qa’ida got badly burned in Algeria in the 1990s, where as I’ve previously explained their local jihadist affiliate, the Armed Islamic Group or GIA, wound up deeply penetrated by Algeria’s clever and nasty military intelligence service (they, too, were trained by the KGB), which seeded terrorist ranks with agents provocateurs. These moles blew operations, caused lethal infighting, perpetrated atrocities to discredit the jihadists, and gradually ran GIA into the ground. By early 1997, Al-Qa’ida cut all ties with GIA, realizing it was a murderous disaster that was functionally under the control of Algerian intelligence. Their penchant for killing Algerian civilians by the hundreds for no particular reason caused consternation and embarrassment among terrorist higher-ups, who realized it was damaging their jihadist brand. Yes, you really can be too crazy to be in Al-Qa’ida.

Ever since the Algerian debacle, jihadists have been wary of getting burned by agents provocateurs. However, they remain deeply vulnerable to penetration. Today, ISIS welcomes hundreds of volunteers every week, from all over the world. While the Islamic State makes efforts to vet the new arrivals, it’s impossible to determine who some of them really are. Just the fear that some of them are moles can cause grave paranoia inside ISIS. The easiest way to kill terrorists is to have the terrorists kill each other.

We need not reinvent the wheel here. The implosion of the Abu Nidal Organization offers an ideal template. Three decades ago, the now-forgotten ANO was one of the world’s most feared terrorist organizations, responsible for murder and mayhem across Europe and the Middle East, including the deaths of several Americans. Violent and unstable, Abu Nidal had been thrown out of the Palestine Liberation Organization for his madness, becoming the world’s arch-terrorist during the mid-Reagan years. (Providing the spark for Israel’s 1982 invasion of Lebanon was one of his more consequential terrorist acts.) Then, suddenly, he disappeared from radar and went Elvis.

What happened was Abu Nidal killed off his own organization. A long-term deception operation by several intelligence services (including American), working together, convinced the already half-mad Abu Nidal that his group was swarming with spies and traitors. Instead of finding these (mostly mythical) moles, Abu Nidal decided to basically kill everyone. Over a few months in 1987-88, he unleashed his fearsome security force against his own people, murdering about 600 ANO members, many of them tortured to death in a medieval fashion.

Fortunately, there is no shortage of defectors from ISIS, especially Westerners who woke up to the unpleasant reality of the group they joined.

Some 170 terrorists were murdered in a single terrible night. With half the group dead and the other half terrified and demoralized, Abu Nidal fled to Baghdad with the remnants of the ANO, where they lived under Saddam Hussein’s protection for many years. When Americans arrived in the spring of 2003, U.S. intelligence very much wanted to find Abu Nidal, but it turned out he was dead, ostensibly after having shot himself… several times.

Although ISIS represents a much bigger and more tenacious foe than the ANO, there is no reason similar techniques could not be effective again. The Islamic State seems to be purging itself already, and with a bit of encouragement they may well self-immolate like Abu Nidal’s terrorist group did. There is no doubt we will keep using airpower to kill ISIS higher-ups and the application of offensive counterintelligence—in particular the placing of agents provocateurs inside the enemy camp—will cause the Islamic State to carry out lethal mole-hunts that, over time, will leave their organization partly dead and wholly incapacitated.

This is not to say there are no obstacles. In particular, the frankly dismal state of American counterintelligence represents a serious impediment to progress against ISIS. If we cannot protect our secrets—and after the disasters of Edward Snowden and Hillary Clinton’s emails we clearly cannot—we should not try to place moles inside ISIS. They will die very unpleasantly.

But that’s what friends are for. We have spy-partners who actually can keep secrets and we should work with them, just as we did against Abu Nidal, to push the Islamic State over the edge. Fortunately, there is no shortage of defectors from ISIS, especially Westerners who woke up to the unpleasant reality of the group they joined. They represent a solid intelligence source as well as a pool of potential provocateurs. Similarly, the FBI has gotten quite adept at duping ISIS wannabes in the United States, and this shows the way to turning the fight around and putting the Islamic State on the defensive.

The patient application of strategic counterintelligence to defeat the Islamic State—really, to cause ISIS to defeat itself—is not without risk. People will die. However, people are already dying, and we will not need a ground war in the Middle East, neither will we keep killing civilians with bombs. Plus, we will make our countries much safer in the process. We know how to defeat ISIS. We lack only the will to do so. 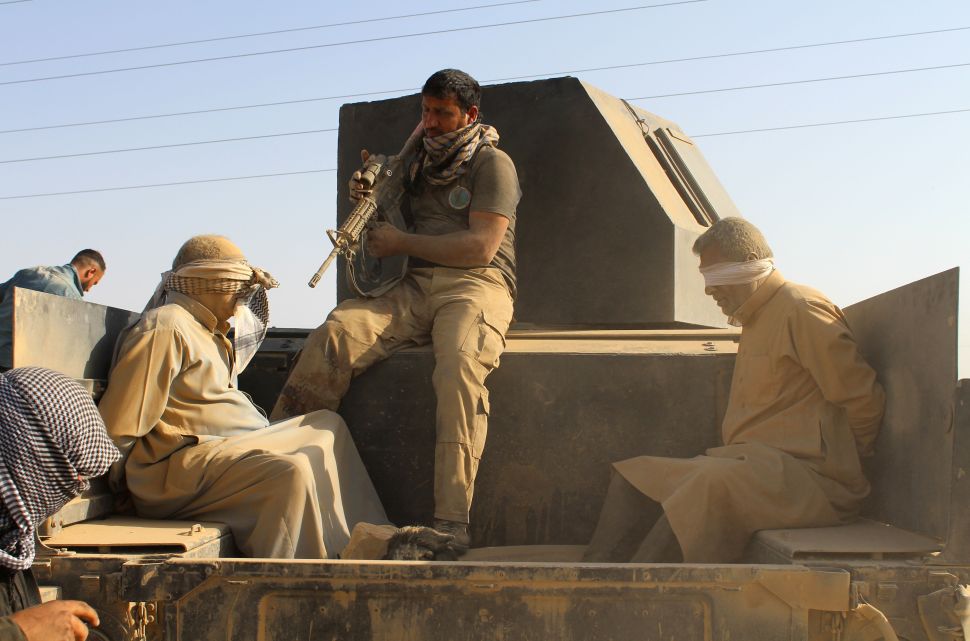