This post originally appeared on Quora: How does one know if one is making excuses or having valid reasons not to begin one’s entrepreneurial journey?

You underestimate the power of your dark side.

Contrary to popular belief, your brain is not always working for you. You are not one, pure mind. You are a hive of conflicted impulses, and one of the loudest is called fear.

All our research into brains has shown us that people tend to decide what to do with their emotions first and make up the reasons why afterwards. If you’re afraid of something, your subconscious can always whip up a plausible excuse: it’s too hard; you don’t have the experience; there’s a re-run of Celebrity Big Brother on tonight.

Have you ever argued with someone who would never change their mind, even when all facts were against them? They’re not using logic to find answers, they’re using logic to justify the answer they already have. Our brains do that hundreds of times a day.

Understand this: excuses exist to make you feel better. They can fool others. They can dodge blame. They can even become a badge of honor (“if only it wasn’t for my back / wife / addiction to Jerry Springer“). But excuses exist only to numb your pain. They never help you get shit done.

You ask how to know if you’re making excuses or have a real reason not to try being an entrepreneur. Here’s a handy rule of thumb:

So firstly ask yourself—do you really want this? I mean, I ‘want’ a perfect body, but I’m not willing to put in 6 hours a day for the next year to get there. If you’re not willing to make appropriate sacrifices for something, you don’t want it badly enough. That’s ok. Accept it and find another calling.

If you do want something, your mission is to plough through any excuses. They should be but a frail leaf in the path of a barrelling freight train.

Here’s one trick—every time you hear an excuse, reply to it with “yes—and?”:

The point is: an excuse is not enough. Any fool can invent a thousand excuses for anything. Many do.

1. It is very difficult

So is anything worthwhile. They don’t make statues for the lazy.

Alex Tew made a million dollars when he was 21 and a student. Colonel Sanders started KFC aged 65. Tell me, when does the world allow you to become an entrepreneur, exactly? You don’t need permission.

3. Nobody takes me seriously or I have been rejected

The Beatles were rejected because “guitar groups are on the way out”. Michael Jordan didn’t make his high school basketball team. 12 different publishers turned down Harry Potter. Everyone meets rejection on the road to success.

4. I am not that much educated

Richard Branson is dyslexic and had poor grades. Steve Jobs dropped out of college. Most PhD’s aren’t entrepreneurs.

No-one is born with knowledge of how to do anything. You faced the same problem with walking, talking, writing and typing. Yet here you are, connected to the sum of all human knowledge, online, for free. Use it.

We all have the same 24 hours in the day. Give something else up, get smarter with your time, sleep less or find a way to need less time to start.

7. He/she is responsible for my failure

No they’re not. As long as you assign blame to someone else you’re refusing to take responsibility for what you can do about it. Try taking one small habit to change your life.

Driving requires you move at life-threatening speed inside a metal container propelled by the continuous ignition of an explosive petrochemical, surrounded by thousands of others, some of whom are drunk, doing the same. Cars can crash. Businesses can fail. You take sensible precautions—like wearing seatbelts and reading business books—and then you get on with your life.

I don’t know what this means.

10. The idea is not perfect or might not work

Most business ideas are crap. Successful people make terrible decisions all the time. It doesn’t matter because they get back up and try something else. You don’t need to roll a double six first time—just keep playing the game.

This stuff can look scary from the outset. But I promise you, if you’re willing to look into it, you’ll find more books, options and people willing to help you on your journey than at any point in history. You’re immeasurably blessed already.

I’ll end with a story that Steve Jobs used to tell his staff.

The bins in his office weren’t being emptied, and Jobs asked his janitor what the problem was. The janitor explained that the lock on the door had been changed, and he couldn’t get a key.

It was an annoyance, but at least the janitor had a good reason.

Jobs explained this to his staff: “When you’re the janitor, reasons matter. Somewhere between the janitor and the CEO, reasons stop mattering”.

At a certain level, there’s no difference between a reason and an excuse.

How did successful people spend their time when they were young, between the ages of 10 and 22?
How can I find my passion?
How can I figure out what I really want to do with my life after college? 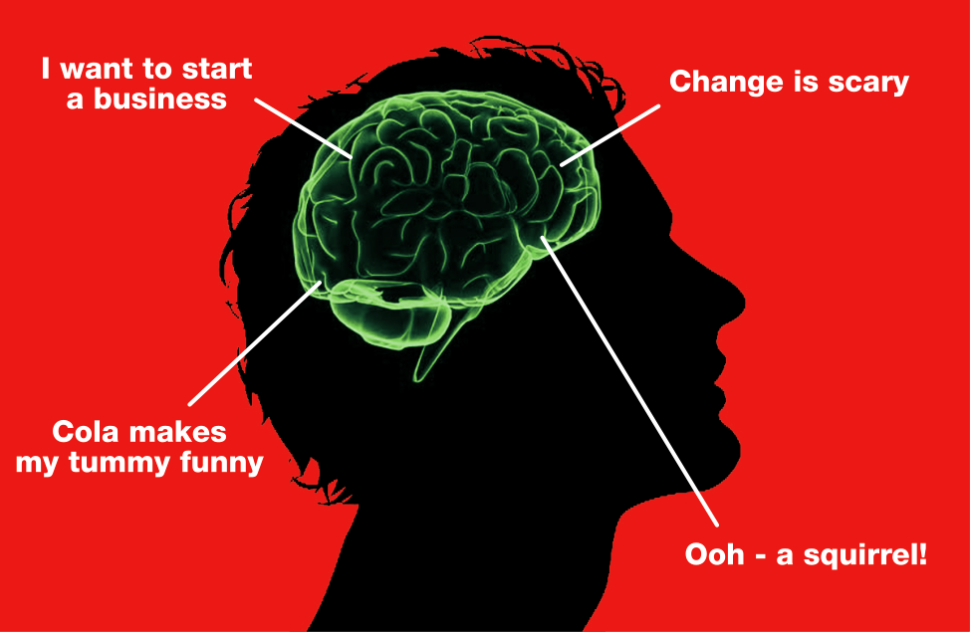