Over the last decade, Beijing’s dense, city-center residential alleys—hutong—have provided the backdrop for one journalistic cliché morphing into another. In the buildup to the 2008 Olympics, they represented China as cultural wasteland, with old Beijing succumbing to bulldozers, as China built the 21st-century capital it thought it should have. More recently, they’ve been ground zero for the Brooklynization of Beijing, as microbreweries and bamboo bikes spread across the heart of the city.

There’s an element of truth to each. Wang Ruishu, a native Beijinger who recently graduated from Parsons, grew up in a hutong two miles southeast of Mao’s tomb and shared a siheyuan—the classic courtyard house typical of old Beijing—with three generations of her extended family. Her parents sold their courtyard in 2005, just as she was finishing middle school.

The area was to be demolished for the 2008 Olympics. Looking back, Wang remembers mixed emotions about the move. “It was not by choice. It was because we were asked to, or forced. It was sad, but positive. It’s sad that we had to leave, but for a lot of people, moving to an apartment and having a more modern living environment was a good thing.”

For the older generations, it meant the end of a way of life. “My grandfather died soon after he moved out. For a lot of people his age, it was a big deal.” Several years later, Wang returned to make a short documentary as part of her university application. “I felt a need to preserve something as I still remembered it. I realized that it was a part of Beijing being sacrificed to modern development, to profit. History needs to move forward, and something has to go.”

Indeed, Beijing is faced with the challenge of how to modernize and create room for commercial development while also preserving these historic neighborhoods, a challenge exacerbated by poor understanding of what’s actually there. Hutong preservation is part of the mission of the Beijing Cultural Heritage Protection Center (CHP), an NGO currently updating a citywide survey coordinated by the municipal government in 2005. According to American expat Rosie Levine, one of the CHP’s two full-time staff, the first question her team of volunteers must answer about any given hutong is whether it still exists. They then make general notes about the architecture and living conditions, interviewing residents when possible.

‘It’s sad to see that Beijing is actually not different from New York, even though the demographic is very different.’

“There’s a big range in how residents view the hutong, and that’s important to keep in mind when doing preservation work,” says Levine. For older generations, hutongs are often seen as slums: cold in the winter, hot in the summer, without running , “smelly, tight, cramped.” On the other hand, they host deep communities at the heart of Beijing culture.

At the same time, attitudes toward the hutong are changing among younger, middle-class Beijingers. Levine notes that of the around 150 volunteers that conducted the CHP’s recent survey, most were young Chinese professionals who did not come from the hutong themselves. “I think there’s a rising domestic consciousness around preservation, around these areas being special and unique to Beijing, especially after many of them have been demolished,” she says.

Few have tracked these shifting attitudes more closely than Hu Xinyu, a hutong native who’s built a career around preserving Beijing’s cultural heritage. Hu served as the first managing director of the CHP before becoming manager of the Prince’s Charities Foundation in China. In that capacity, he oversaw the construction of the Shijia Hutong Museum, a restored courtyard which in the early 19th century functioned as the private residence of elite literati. Post-Revolution, it was converted into a kindergarten.

For Hu, who remains involved with the CHP as an advisor, a leading concern is “getting every stakeholder engaged.” He notes that there’s always been enthusiasm about the hutong among the local community, regardless of age. The generational difference, he says, lies in historical memory. “I think that people born in the 1980s or 1990s don’t have as big a burden. They don’t have the memories of people born in the ’50s or ‘60s, who were kicked out of their houses and lost their families’ estates. When younger people approach these issues, they can be a bit more indifferent, which helps them to be objective.”

Younger people also have a distinct methodology when approaching hutong history. Hu continues: “On the technical side, people born in the ’80s and ’90s are much more capable of doing things like using social media to promote [the hutong]. They are able to look at it from a leisurely point of view, enjoying the heritage rather than just considering it as something functional, like housing.”

If a younger generation’s perception of Beijing’s heritage is changing, this is in part because their culture is changing the very nature of the hutong. Levine notes that the problems facing hutong preservation today are less about demolition than demographic flux, “more about gentrification than razing,” she says. “There are areas that are being razed, but it’s much more about change in use and changing culture.”

Which brings us back to our second journalistic cliche: the Brooklynization of Beijing. Wang Ruishu, the recent Parsons grad who grew up in the hutong, now lives in rapidly gentrifying Bushwick, and sees discomforting parallels with the processes transforming her hometown. “I would have imagined it to be different, because in America the population is much more diverse. It’s sad to see that Beijing is actually not different from New York, even though the demographic is very different.”

Over the last decade, Beijing’s hutong have transformed from residential slums into boulevards and skyscrapers, on the one hand, and on the other, into a place for young, middle-class artists and entrepreneurs to rediscover a vital zone of creative enterprise. In our next column, we’ll explore the contemporary landscape of DIY art galleries, music venues, architectural design offices and tangential hipster businesses redefining the cultural value of this storied city center. 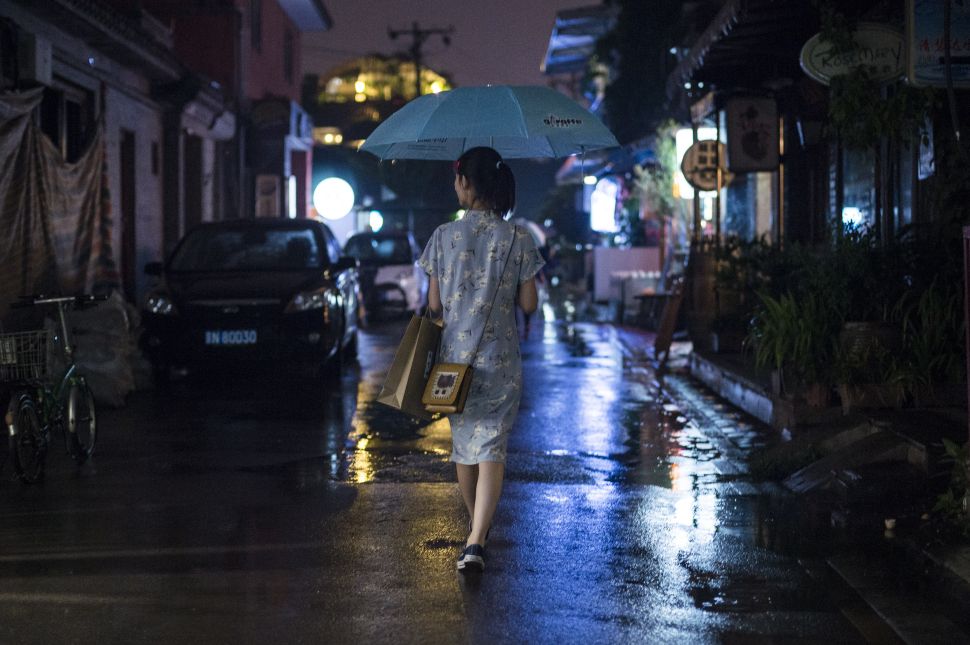