I’m being evicted from my home.

I know what you’re thinking. You’re assuming an intense confrontation—maybe a combination of verbal arguments, noise complaints, police action, and even a physical altercation, right?

Maybe you’re assuming I forgot to pay my rent? Although financial issues are the cause of approximately 85 percent of the evictions in New York, that stat does not apply to me. In 16 years, I’ve never even been late on a payment. I actually own my place outright.

Now you’re thinking that I must have broken the law because, in the end, the “law” trumps everything, right? In fact, I didn’t violate a single law. I’ve never raised my voice to a neighbor, never received a noise complaint, never missed a payment, never had the police summoned, and never even violated a NYC law (civil, criminal, or housing) while living in my home for over 16 years.

I’m being kicked out for something more mundane—something that could affect anyone. It’s called a “Pullman eviction,” and it means that any co-op owner can be ousted from his or her home based on an accusation of “improper conduct.”

The nebulous term “improper conduct” came into being in New York after the 2003 case of David Pullman v. 40 West 67th. After nine months of Mr. Pullman fighting with his co-op (screaming matches, fisticuffs, flyer campaigns, and 60-plus filed complaints), the board decided to throw him out.

Thus was born the “Pullman Clause.” In the proprietary lease of nearly every co-op in the city, the clause was put in so that co-op boards could have the authority to evict, as one lawyer put it, “crazy folks.” But the clause has also inadvertently given great power to people who don’t practice, in Peter Parker’s words, “great responsibility.” A co-op board with an axe to grind has the same power to evict as a co-op board with legitimate complaints.

If a Board president wants to evict someone, the steps are simple. Call a board meeting, and convince two-thirds of the board members to vote (by private meetings, emails, or phone calls prior to the vote) to remove a shareholder. Once done, that decision is basically bulletproof in housing court.

I know this because I was evicted in this manner. My “Pullman eviction” occurred when my roommate left town for five months, and I rented out his room through Airbnb. In strict accordance with New York City’s Multiple Dwelling Law, I lived in the apartment during the rentals, sharing my space with very polite, very European short-term guests who had full access to the apartment. Upon my roommate’s return, I unlisted the apartment on Airbnb at the end of 2014.

On January 11th, 2015, I received a “Notice to Cure” (read: stop), and I called the co-op attorney to inform him that I had, in fact, stopped renting out the room. Two weeks later, I received an “Amended Notice to Cure,” and I called again (slightly perplexed) to reiterate that I had already stopped. To show good faith, I went so far as to delete my entire Airbnb account.

Not exactly. On February 11th, I received an email saying that there would be a meeting on February 17th to determine whether or not I’d still be allowed to keep my apartment. At the meeting, the board president presented my public Airbnb records (I was legally renting out one room while I lived there so why hide them?) and told the unsuspecting board it was “illegal to rent in Manhattan for less than 30 days.” I knew this application of the law was incorrect and said as much. Regardless, I apologized if it made anyone uncomfortable and informed them I had deleted my account. After the brief meeting, the property manager assured me everything should be “fine.”

Things didn’t turn out that way. The vote to evict me was nearly unanimous. Based on subsequent emails I’ve since found in the court file, the decision to do so had pretty much been made before the meeting even happened. A deeper look at the documents revealed that board members were either unaware of the actual law, or had been previously convinced it was not “good business” to have me living there anymore. One board member at the vote told me he hadn’t heard anything about it until that night and just wanted to “tow the line” since he was in the process of selling his unit.

I was urged to settle, but instead, I decided to fight. I found an attorney who believed strongly in my case, believing it represented a gross miscarriage of justice. He could not find a precedent for anyone being evicted by a Pullman vote after a curable offense that had, ironically, already been cured and, more ironically, wasn’t an offense in the first place. He couldn’t even find an instance of me violating a single clause in the proprietary lease.

The reason? Something called “The Business Judgement Rule,” invoked in the Pullman Case, which states that co-ops can pretty much do what they want without court interference. Simply put, as long as board presidents are able to persuade board members that a tenant is unsavory, they have unilateral power to evict and housing court has limited jurisdiction to reverse it.

I owned my place, a home I’ve lovingly maintained for more than a decade-and-a-half. And all it took was one misinformed vote to throw me out.

Why tell my story? As a warning to other co-op owners—but also as a plea to New York’s politicians. Our rules need to catch up with, or at least be clear about, new technologies like AirBnb. More than that, our rules need to be careful in how they distribute power. No single person or group of people—not me, not the board, not the board president—should have the ability to remove someone from their home without fair and due process.

My last resort is a lengthy and costly appeal well above my means, and despite Justice Sotomayor’s recent plea encouraging New York lawyers to work pro bono, the term seems to be about as extinct as the Latin language from which it’s derived. Welcome to housing court in New York City, where lady justice is blind, and if you live in a co-op, also deaf.

Bill Dawes is a three-time Broadway veteran and stand-up comic who has performed for the troops in over two dozen military bases, including tours of Iraq with the USO. 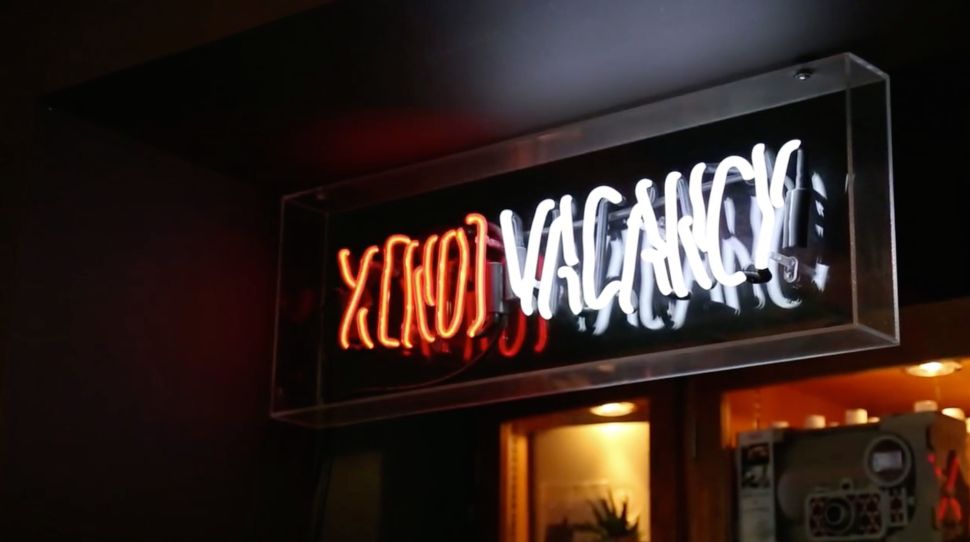