It feels a bit counterintuitive to be writing, in the media, about media hoaxer Joey Skaggs. Skaggs, who was interviewed this past week by the Observer, has made a name for himself since the 1960s through elaborate pranks that aim to highlight the absurdity of our media culture. So how’s a writer to know he’s not being punk’d by a man who describes fooling the media “as easy as a bowel movement”?

A new documentary detailing the greatest hits of Skagg’s hoaxing career opened up the Lower East Side Film Festival on Thursday night. Art of the Prank, directed by Italian newcomer Andrea Marini, is both an upbeat summary of decades of mischief (a confession booth on the back of a tricycle, a brothel for dogs, cockroaches that hold the key to the human immune system, each one eagerly lapped up by hasty news outlets), and an intimate portrait of an earnest man earnestly engaged in the business of tomfoolery.

For all his public silliness, Skaggs takes his work seriously indeed. Looking like a cross between Lou Reed and a rabbi, and with the colorful language of the former, he opens up to Marini about his philosophy as an artist. Everything’s intentional – his pranks are thoughtfully conceived, meticulously planned, and then, when it comes time to execute, almost completely winged. (“It was really like Second City,” says co-conspirator Sara Jones.) He’s intensely aware of what his pranks are doing; if they force embarrassed news outlets to interrogate their influence and maybe even consider instituting a (gasp!) better system of fact-checking, if they remind the public to always be skeptical of what they read, see, and hear – well, then consider it a prank well pulled.

It would be easy to think that Joey Skaggs hates the media. That’s not true. It’s a symbiotic relationship between the leviathan and the crusader.

He’s reliant on the predictability of the media cycle. He doesn’t want to fool the public as much as poke holes in a tradition of shoddy, me-first reporting. Even after his 1990 “Comacocoon” hoax had been revealed in the New York Times, Skaggs continued the charade for an Italian reporter whom he deemed “lazy” for not having done her research.

The trick to fooling, Skaggs describes, is to ground a “fuckin’ far out” idea in an element of plausibility. Make it obvious in hindsight that the story isn’t real, but with just the right touch that you’d believe it if you heard it coming from CNN. After all, people do crazy things on the news every day, right? We’ve been conditioned to accept the news as fact, as gospel. And that’s something Skaggs has been fighting against his whole career.

Despite the length of that career (50 years and counting, though after every hoax he says he’s retiring), Skaggs maintains a tone of incredulity at the ease with which he fools. He’s never been caught, never been forced to apologize. And he simply can’t believe the ride has lasted this long, especially when he uses his own name for a character he’s portraying, as if daring us to catch him in the act. Though the disguises may change (including a ridiculous Panama hat/suit getup for a WNBC talk show in 1981 that was somehow not a dead giveaway), you can spot the gleam in his eye from a mile away.

That archived footage is on full display in the documentary. Marini pored over 150 hours of news archives and shot at least that much in additional footage while following Skaggs through the orchestration of his latest hoax. That last part is actually the most illuminating; we see Skaggs directing his actors, adapting the material, trying to hit upon the exact right tone to make the story ridiculous yet believable. It’s the business side of things, and through Art of the Prank we see the behind-the-scenes care that goes into a performance that seems so effortless, so natural.

As for the man and his foe? It would be easy to think, based on some pretty blatant evidence, that Joey Skaggs hates the media. That’s not true. It’s a symbiotic relationship between the leviathan and the crusader, a system of checks and balances. He needs its cooperation in order to expose its flaws, and it hasn’t disappointed yet. It’s important to him to be able to laugh with the people he’s fooled after it’s all over, to share a mutual understanding of the machine that is the news cycle and how to short-circuit it.

But did the film capture his philosophy? Is he satisfied with how it’s portrayed his life’s work? Surely the dedicated Marini has distilled something akin to the real Joey Skaggs?

“Of course not. It’s all bullshit,” he replies. But the gleam returning to his eye says otherwise. 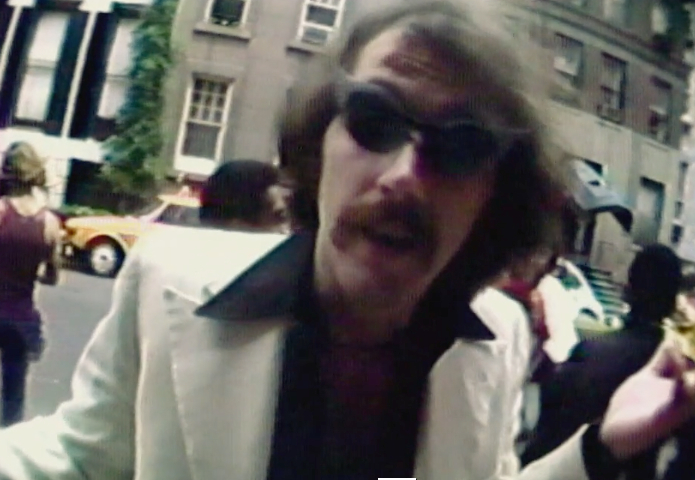