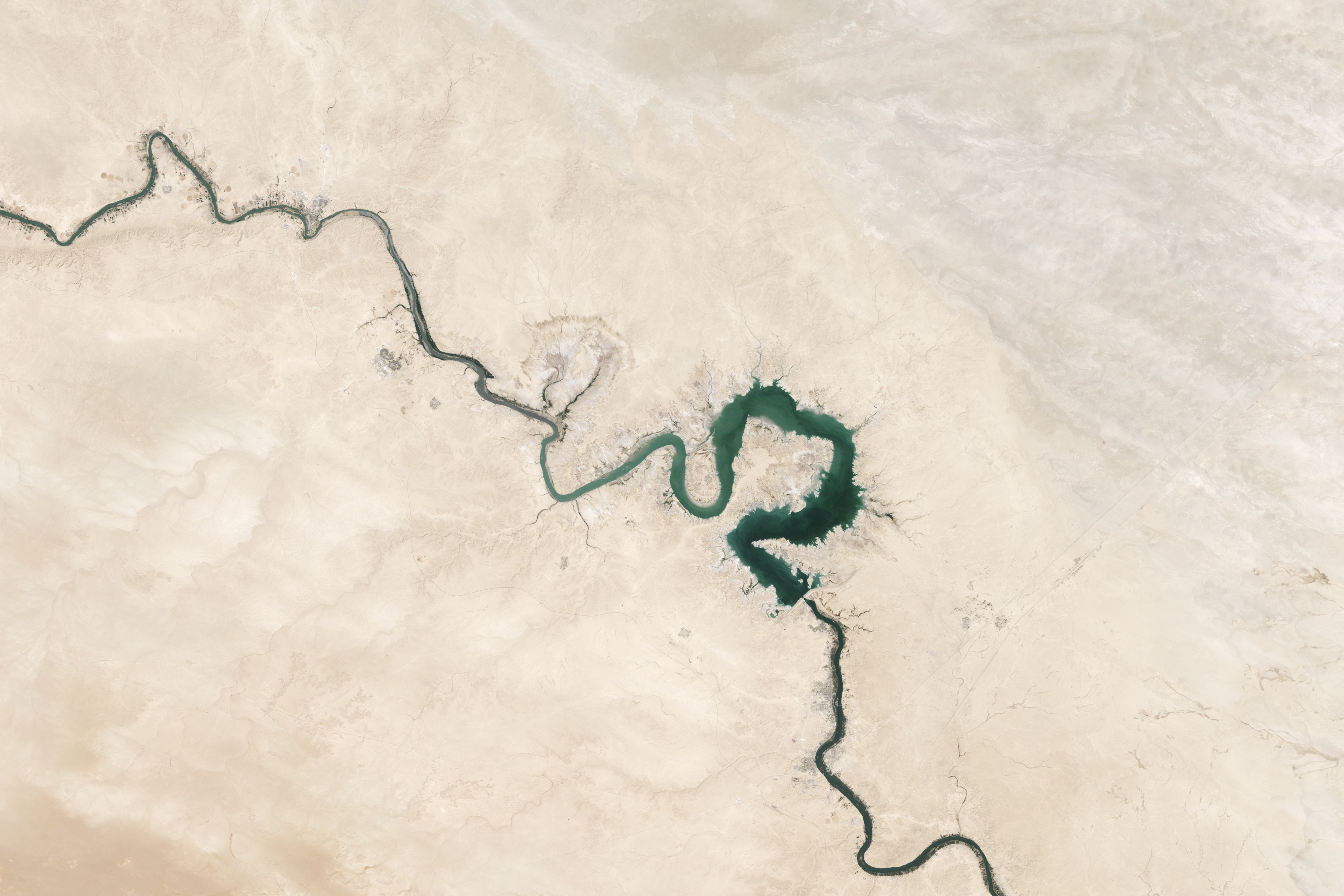 This post originally appeared on Quora: Is the Middle East ‘doomed’ to political instability?

The Middle East is doomed to political instability for the foreseeable future. First, most countries in the region are artificial creations with borders arbitrarily drawn by the former colonial powers, without concern for the practicality and viability of lumping together disparate peoples and sects who don’t see eye to eye and lack a common vision for a shared future. Second, the role of religion: Islam took an unfortunate turn in the 12th century when influential scholars introduced a streak of anti rationalism that shackled thought in the Muslim world and severely limited the freedom of intellectual inquiry, with malign results felt to this day.

1. Artificial Borders: One of the reasons for relative European stability, at least internally, was the emergence of the Nation State. It took centuries, and the process was usually messy and bloody. But at the end of it, by hook or by crook, murder and massacre and absorption, there emerged countries with relatively stable borders, an overwhelming majority of whose populations shared a common culture, language, and often religion, that bound them together. E.g.; since the 16th Century the French might fight their neighbors for territory or aggrandizement, or fight each other over internal politics and forms of government.  But they didn’t fight each other over who is and isn’t a Frenchman, or who wants to stay in France or break off and form a separate country—that issue had been settled, and a broad based common identity of “Frenchness” had taken root.  Sooner or later—sometimes much, much, later—other European countries also became nation states.

With the exception of Egypt and Iran, there are no organic nation states in the Middle East. The countries of the region are mostly artificial creations of the European colonial powers who governed within arbitrarily drawn borders created for the administrative convenience of the foreign rulers. At the end of colonialism, the occupants were told that those arbitrary colonial boundaries were now the international borders of their newly independent countries, were given a flag and national anthem, and told to get on with it.

Such artificial countries, cobbled together from the forced marriage of tribes and groups who historically had little in common, and often outright enmities and feuds with their new fellow “citizens”, proved disastrous for internal stability. That was coupled with the forced divorce of tribes and groups who often had greater ties of kinship and common identity with people on the other side of the new arbitrarily drawn international border than with those within the borders of their own newly formed countries.

The prime example is Iraq—a country the British cobbled together from three major groups whom the previous Turkish rulers had, commonsensically, governed as separate provinces. The result is today’s Frankenstein of a country with everybody at everybody else’s throat.

Colonialism not only interrupted the organic process of nation state formation that might have eventually resulted in stable political entities, but introduced instead, and froze in place, highly unstable artificial and deformed polities, pregnant with never ending conflict and strife.

That willy, nilly, irrational creation of countries with arbitrarily drawn borders that paid no heed to the inhabitants’ wishes and desires or commonalities of identity and interest, has been the worst legacy of colonialism.  Not just in the Middle East, but also in Africa, where the bloody consequences of the arbitrary and forced marriage of groups that had no interest in joining together in nationhood can be seen to this day, and, unfortunately, will likely be seen for generations to come.

2. Anti rationalism. Al-Ghazali, an extremely influential 12th century Islamic scholar, drove the nail into the coffin of Islamic scientific and intellectual inquiry by writing a reactionary tome, The Incoherence of Philosophers, that attacked the very notion of rationalism and scientific inquiry as being incompatible with religion. Rationalism, because it teaches people to innovate and question and discover, was incompatible with faith according to Al Ghazali because it offered explanations for the world separate and apart from God and His will.  And since everything in the world is by and through God, then rationalism must be ungodly. He especially excoriated Hellenistic rationalism, which had hitherto been a font from which Islamic philosophers drew. Islamic clergy took that argument and ran with it, with the result that over the years Islamic intellectual inquiry and innovation became ossified, and innovations in thought became increasingly subject to accusations of apostasy and heresy. Everything had to be filtered through a close minded and reactionary clergy.

As a result, the Islamic world went into a decline from the global pinnacle and cutting edge of the sciences, culture, and intellectual inquiry and innovation, to a barren intellectual and cultural wilderness. That is why the clergy are still so prominent in the Middle East today, and why religious forces still exert such a malign influence on the region’s politics.

Interestingly, St. Thomas Aquinas addressed the same question in that era and reached the opposite conclusion—that reason and open inquiry are compatible with faith. That reinforced a trend whereby European scholars argued explicitly that when the Bible contradicts the natural world, the holy book should not be taken literally.

Al Ghazzali was quite literalist in his reading of the Quran.

The irony is that, strictly speaking, Al Ghazzali got it right while Aquinas got it wrong. Open inquiry and innovation can not help but challenge religion.  Ghazzali’s getting it right, and thus granting his religion an unassailable place largely free from the threat of humanistic rational inquiry and challenge, doomed his coreligionists to a future of cultural and scientific ossification and political and economic decline. There was no Renaissance or Reformation in Islam that stripped the clergy of their power, put them in their place, and unleashed generations of Islamic minds to freely inquire and innovate and better their world without fear of accusations of apostasy, or the need to filter every new innovation through a close minded and reactionary clergy.

Aquinas, by getting it wrong, inadvertently allowed his coreligionists to free themselves from the shackles of religion, and inquire and innovate and discover in relative freedom that had no equivalent in the Islamic world. The result was that, while the role of religion and the clergy was significantly reduced in the West, the benefits of free inquiry propelled the West into a virtuous cycle of innovation and exploration in all fields, that ended with a Western dominated world.

Why didn’t the United States’s strict gun laws prevent the recent Orlando Nightclub and Christina Grimmie shootings?
How much has the world changed in the last five years? What are some of the best and worst differences overall? 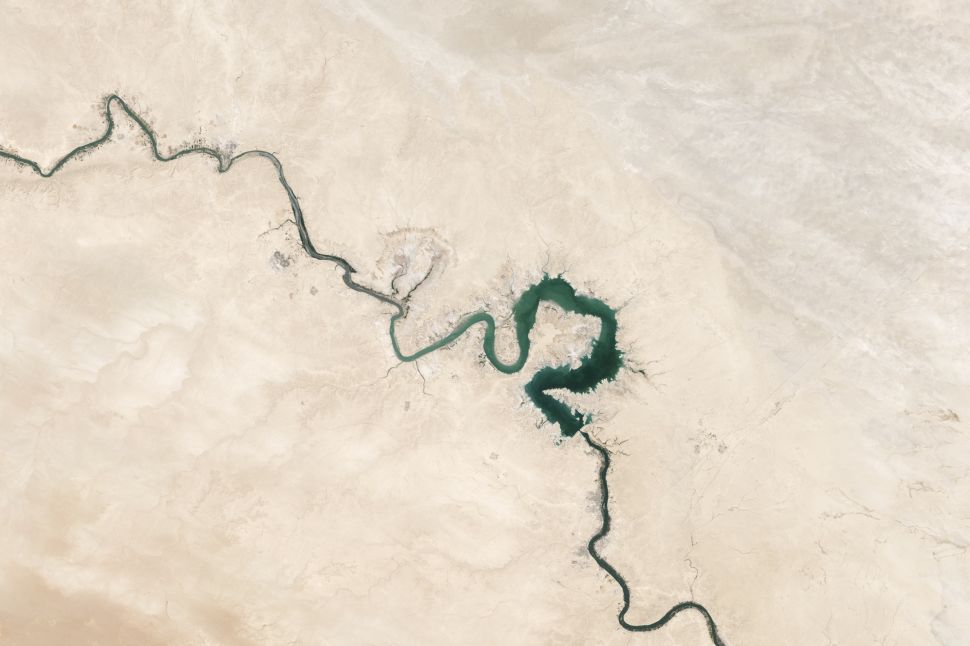