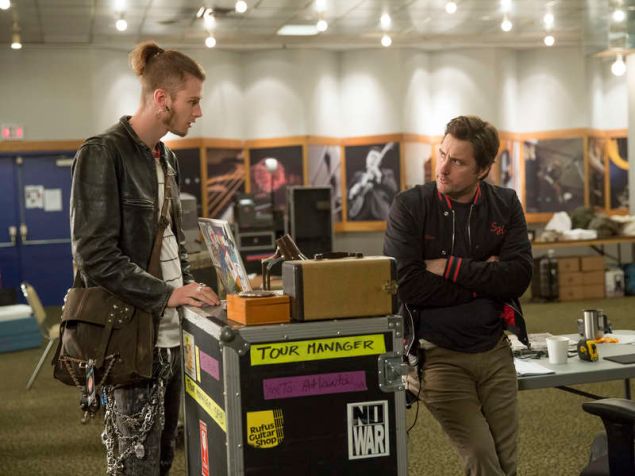 Colson Baker as Wes and Luke Wilson as Bill in Roadies. Katie Yu/SHOWTIME

In the current tough-to-make-an-impact landscape of television, everyone is looking for something to break through. What’s the secret formula? If anyone can decipher that, they’re sure to produce gold.

Unfortunately, when you break it down, there are only so many subjects that a series can actually be about. Roadies purports to be about the behind-the-scenes crew who makes sure that super-popular (albeit fictional) band puts on a killer live show every night.

Over 15 years ago, Crowe gave the world what was then considered the first authentic look (albeit it fictionalized) at the world of a touring rock band in his innovative film Almost Famous. Holzman, whose acclaimed work includes TV series My So-Called Life and thirtysomething as well as the Broadway smash Wicked, has a history of capturing the true essence of great characters and fashioning amazing dialogue that’s both believable and extremely quippy at the same time. With shows like Alias and Lost, and features including Cloverfield and Star Wars: The Force Awakens, Abrams clearly knows how to craft a dramatic narrative.

With this pedigree behind it, Roadies has to be incredible, right?

Well, ‘Roadies’ is a fine combination of three creative minds, but really boils down to a workplace dramedy with an intriguing soundtrack. The mish-mosh of workers, the struggle to produce a satisfying product and the frustration that comes along with attempting to do that every day can be found in every office, retail store, restaurant and nearly all business entities everywhere in the world.

By setting this in the music world, there is more of an unpredictability issue than in most workplaces, mainly due to the increased amount of volatile personalities involved here.

But many of the situations here are still the same as in any business arena—co-workers who don’t get along, co-workers who are trying to get another co-worker fired, management who thinks that firing people is the best way to help the bottom line, disagreements about how to handle troublesome situations that threaten the production of the main product, and so on.

So, in order to make this not just another ‘people doing sort of ridiculous jobs for various reasons’ series, there need to be fantastic characters that viewers really care about.

These characters—the tour manager who sleeps with young girls, the crew member who, while from New Jersey speaks with a British accent, the young female roadie who wants more from life but even when given a great opportunity, can’t breakaway from the band – are a bit clichéd, but all sort of interesting as well.

The bottom line when you’re talking about a workplace, any workplace, is that in every single job, there are frustrations, and the people in those jobs have to decide what level of frustration they’re will to put up with.

In Roadies, the frustration levels just seem way to high for these people to stay with it, but maybe that’s the very thing that will make it appealing to some viewers – seeing just what might push the roadies to the edge. But, enough though this high level of drama is needed to sustain the series, smart viewers know (in their minds, and via IMDB.com) that the main characters aren’t going to really quit or get fired in the course of the ten-episode run of the series. So, there are high stakes but are they really that high if everything works out every week in the end?

This is where the talk about the ‘journey’ captured in the series comes in. (Now, if they could get the actual band Journey on the show for a stint…)

To be clear, this journey isn’t about the headlining band; it’s about the people who make the band appear as though they have their shit together at every show. That’s some seriously high pressure, again, given the known eccentricity of artists and the responsibility to deliver for ticket-buying fans. And, all viewers are aware that somebody has to do these jobs or there would be no live performances, and that would be somewhat tragic. So there is a believable ‘journey’ here and one that is fairly interesting to follow.

In the end, there is no secret formula for a hit show. Roadies has an all-star team behind it, it’s set in an interesting world populated with characters that viewers might root for as they navigate the tough areas of their jobs and maybe change internally along the way. Is all of this enough to be a hit? No one really knows, right?

It’s a bit like fashioning a song—there’s the melody, the lyrics, and the overall sound. The creation of it comes from a passion to tell a story or evoke a feeling. Whether anyone likes it or listens to it, whether it moves to the top of the charts, is something that no one can predict, but the effort to make it happen is appreciated. This is truly something that can be said about this series.

To use yet another music metaphor here, feel free to sample Roadies and if you decide it’s to your liking and worth your time, you’re welcome to partake of all that these artists have to offer, which at this point is ten episodes. 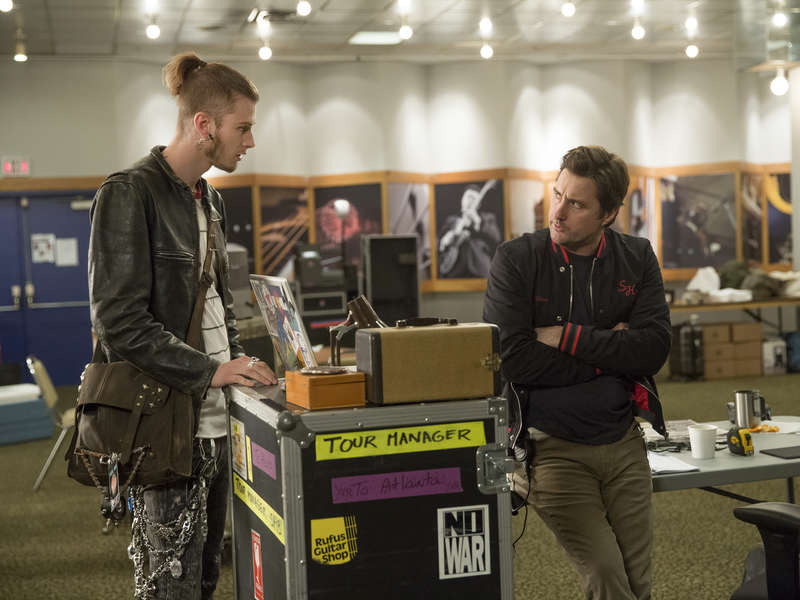