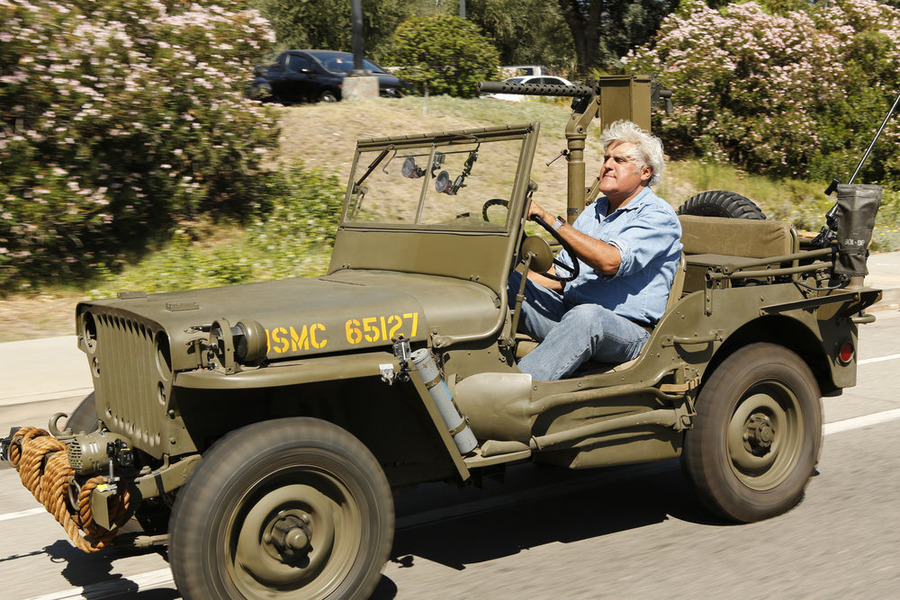 After hosting The Tonight Show for 22 years, Jay Leno has embarked on a series that he thinks is a little more his speed.

The owner of a 120,000 square foot warehouse that holds his automotive collection, Leno is all revved up for season two of Jay Leno’s Garage, 12 original one-hour episodes featuring amazing vehicles and plenty of celebrity guests.

“Doing the talk show was great, but this show is more about my hobby and I like that a lot,” says Leno. “I love this because it’s all about car culture and it involves all kinds of people and that makes it a lot of fun. It’s lots of machinery and really great stories about the cars.”

The guest that Leno is most proud of is actually a political one. “We have Vice President Joe Biden drag racing against [Former United States Secretary of State] Colin Powell.” He laughs as he says, “The Secret Service was not thrilled, but it’s pretty cool to see the Vice President burn rubber in a Corvette.”

Leno was a bit stumped when asked if there’s a car that he hasn’t driven but that he’d like to take a spin in. As he struggled for a specific answer he went on to say that it’s really not about collecting cars just to have them, it’s really more about the history of the vehicle. “I like to know the story behind that specific car or motorcycle. That’s what gets me interested in it more than anything.”

While he acquires a lot of vehicles, Leno admits that he’s actually never sold a vehicle. “I don’t turn them around like that. I like to keep them after I’ve put the work in. It’s sort of a pride thing.”

He further concedes that while his wife isn’t a big car fan, she never asks him why he has so many, likening it to a man asking his wife why she has so many shoes. “There are just some questions that are better not asked, right?”

Discussing the automotive industry, include self-driving cars, Leno says, with one of his humorous retorts, “Don’t we have that already? It seems like people think we do – people are putting on lipstick or reading while they’re driving. It’s pretty crazy out there.” His signature jokey voice crack evident as he says, “I saw a lady pulling a sweater over her head while she was driving on the freeway at 65 miles an hour! The sweater was stuck on her head! So, yeah, I think REAL self-driving cars are a good thing. I look forward to seeing them on the road.”

Leno revealed that his next personal project saying, “I bought a shell of a 1914 electric car and we’re putting Tesla power in it. We’re adding air conditioning and Bluetooth and all that, so it will be pretty cool when it’s all finished.”

With a penchant for taking his cars out for speed tests, one might wonder just how many speeding tickets Leno has acquired. “Oh I don’t have any tickets,” he says, but then quickly adds, “Well, I do do a lot of police benefit events, so….” 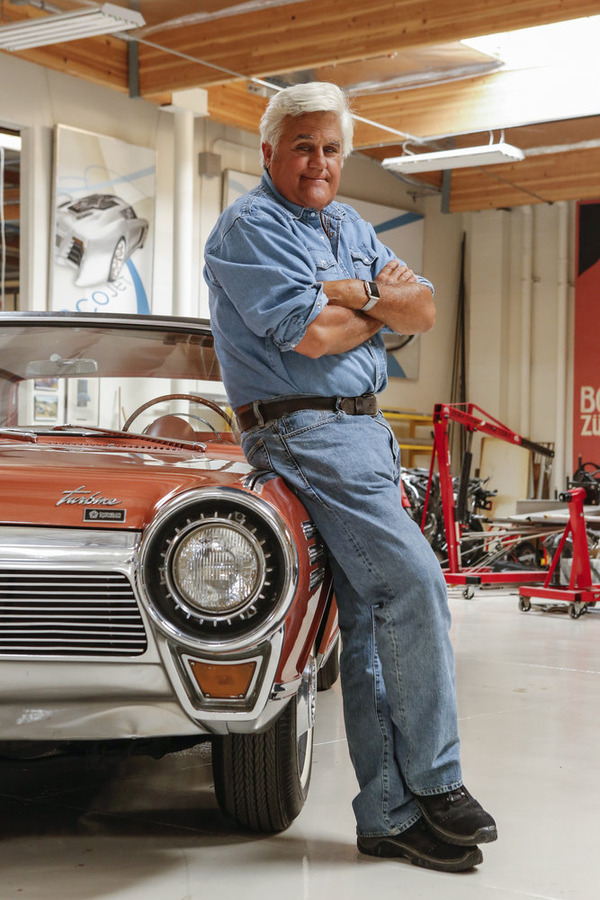