America just suffered our worst terrorist attack since 9/11. We need to start talking honestly about the enemy that keeps butchering Americans.

Tonight we burn illusions. A terrorist attack on a popular gay club in Orlando, Florida in the middle of the night ended before the dawn with the violent deaths of at least 50 innocents and the maiming of 53 more. This was the bloodiest terrorist attack on America since 9/11. The Pulse nightclub, something of an icon in Florida LGBT circles, was transformed into a charnel house.

The United States had been lucky, having avoided truly mass casualty terrorist incidents since that awful day 15 years ago, through a combination of luck, inept enemies, and excellent intelligence work. But the Orlando horror demonstrates that attacks on soft targets in public places can cause huge numbers of casualties, here as well as in Europe, like last November’s assaults on Paris that killed 130 people, 89 of them at the Bataclan theater, where a hostage situation resulted in a bloodbath. Something similar has just happened in Florida.

His statement that his son was triggered by seeing two men kissing in public seems unlikely to endear the family to the American public.

While the Paris attacks were the work of nine terrorists, plus several others providing logistical support, so far only one killer has been identified in the Orlando atrocity. While there are reports of other shooters, these remain unconfirmed, and the sole terrorist definitely involved was Omar Mateen, born in this country in 1986 to immigrant parents from Afghanistan. He was killed by police at the end of the nightmare he inflicted on Orlando.

So far, his story is shaping up as the now-customary list of jihadist clichés. The 29-year-old went from a relatively normal American life towards extremism, winding up on the radar of the FBI more than once for his aggressive beliefs. A brief marriage failed, in part because he frequently beat his wife, she claims, asserting that Mateen “was not a stable person.” A trauma like divorce leading to an embrace of jihadism is as common as can be in extremist circles.

The killer’s family has claimed that their son’s terrible act had “nothing to do with religion” – again, following the script we have come to expect whenever a young person, usually male, brutally murders strangers in the name of Islam. While Omar Mateen’s father claims to be utterly mystified by his son’s actions, that assertion should be examined closely, since Seddique Mateen has publicly praised the Taliban in his home country – the very people the American military has been fighting since late 2001. In a truly bizarre twist, Mateen Senior claims to be the real president of Afghanistan. His statement that his son was triggered by seeing two men kissing in public seems unlikely to endear the family to the American public.

Wasting no time, the Islamic State has claimed responsibility for the attack on the Pulse nightclub. This should not surprise, since Mr. Mateen is reported to have declared allegiance to ISIS just before starting his rampage, and that group boasts of its pathological hatred of homosexuals. While all Islamists view gays and lesbians with a distaste that veers easily into violence, ISIS kills them so routinely – pushing them off buildings before the cameras, for instance – that it scarcely attracts attention any longer. Nobody should be shocked that a murderer swearing allegiance to ISIS makes gays his target – particularly during Ramadan, when the group has exhorted its followers to make war on infidels with enhanced intensity.

Whether Mr. Mateen had any bona fide contacts with the Islamic State is another question, one that investigators will want to answer properly. Since he was known to the FBI, it seems likely that U.S. intelligence had questions about that too. Regardless, since the Islamic State has commanded jihadist wannabes worldwide to take action by themselves, without any direct orders from the group, it’s quite possible that this killer was simply doing what he thought ISIS would want him to do in their name.

There’s also a disturbing question about how Mr. Mateen managed to keep working as a security guard despite having been twice investigated by the FBI. He had been employed since mid-2007 by G4S, a private security firm that does work for the U.S. Government, including transporting illegal immigrants around the country for the Department of Homeland Security. How he kept this job even though he was known to Federal authorities for suspected ties to jihadism is something that has to be asked – and answered.

Within hours of the massacre, progressives and jihad apologists were insisting that the Orlando attack was “really” about guns – and certainly not about Islamism or jihadism. The Pulse massacre was about guns the way that the 9/11 attacks were “really” about box cutters and the 2013 Boston bombing was “really” about pressure cookers. There are millions of guns in Florida (the state has issued 1.3 million concealed carry permits alone) plus plenty of people who are not overly fond of gays. Why, then, was Omar Mateen the one who assaulted a gay club and shot dozens of innocent people?

How he kept this job even though he was known to Federal authorities for suspected ties to jihadism is something that has to be asked – and answered.

Based on his statement on the atrocity, President Obama won’t be asking that question anytime soon. Although Mr. Obama demurred from some of his customary evasions, actually calling the attack an “act of terrorism,” he quickly defaulted to his usual talking points whenever radical Muslims butcher Americans: “hate” and “guns” were cited frequently by the president, while words such as “Islamism” and “jihad” were notable by their absence. Mr. Obama’s denial of the obvious, perfected during his two terms in the White House, appears unshakeable.

These evasions are met with derision by counterterrorism professionals, who deduced Mr. Obama’s agenda back in 2009 when he dismissed the Fort Hood massacre as “workplace violence.” Spies and cops have gotten used to this president’s persistent inability to call the enemy what he actually is, even though that enemy constantly calls himself such things. “What was he gonna call Orlando,” asked an old FBI friend just hours after the Pulse attack: “gayplace violence?”

It’s not difficult to determine what’s really going on here. Just two months before this attack, an Orlando mosque hosted an Islamic theologian known for pronouncing homosexuals as deserving of death. “Death is the sentence” they merit as an act of “compassion,” the imam stated. While his invitation got some coverage in Orlando media, one wonders what the mainstream media would have to say if a white preacher in Charleston had pronounced blacks as deserving the death sentence only two months before Dylann Roof murdered nine African Americans in a church.

For years, too many Americans – including the lion’s share of our elite media and most of our politicians — have been content to deny the obvious, namely that quite a few Muslims espouse beliefs that are deeply at odds with what the vast majority of Americans believe. Some of those Muslims openly advocate violence and, if they are otherwise maladjusted, the odds they may murder in the name of Islam increase commensurately. We need to have a robust national debate on this important issue. Donald Trump has opened the door to that discussion, in his customary brusque, ham-handed way. More tact is required, but we cannot put off talking about radical Islam and jihadism any longer.

In the aftermath of our own Bataclan, President Obama has offered his usual platitudes about “hate” and “guns.” This is escapism-as-counterterrorism-policy. Americans must demand better, including a reality-based assessment of our terrorism threat, from our next commander-in-chief. If we cannot name our enemy, we are already halfway to losing the war. 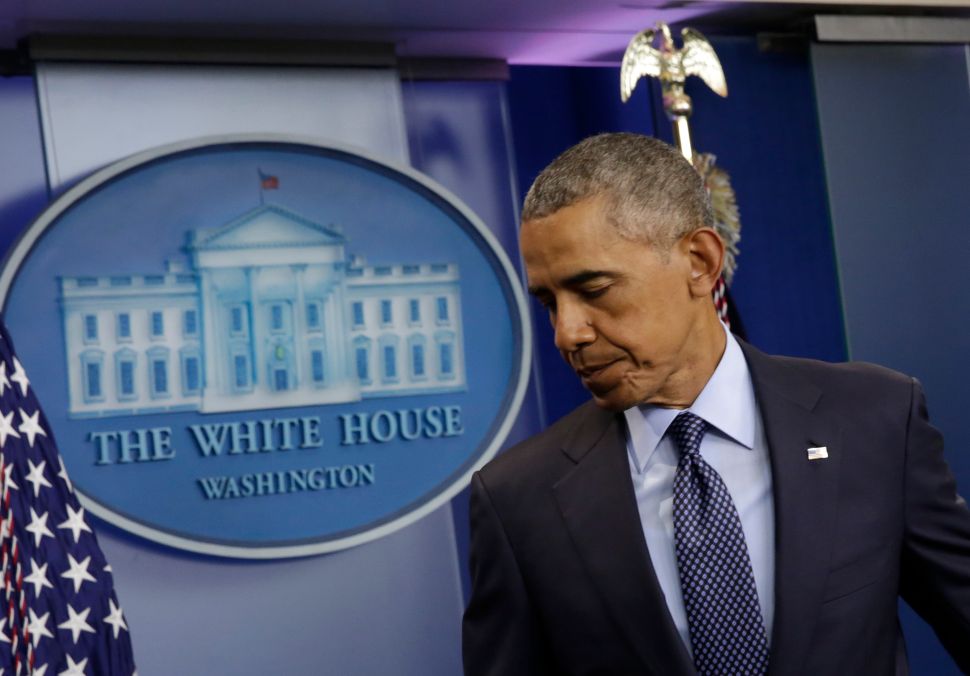