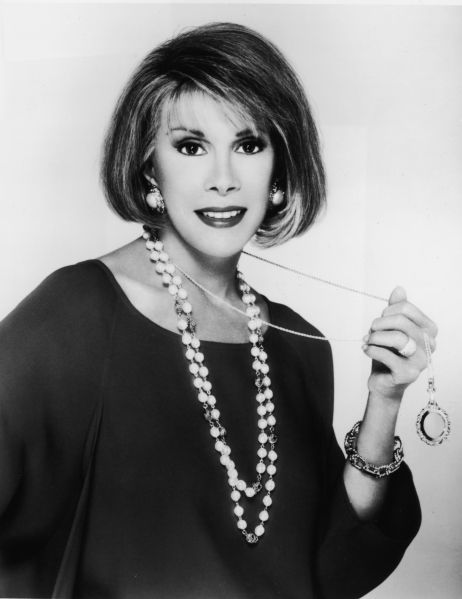 Several items owned by the late Joan Rivers were auctioned off yesterday, raking in about $2.2 million.

The entire Joan Rivers Collection has been on view at Christie’s Auction House at Rockefeller Center since June 18. The sale represents only the first portion of the auction, which will continue through tomorrow June 23, both online and live at Christie’s.

The iconic New Yorker and Emmy-winning talk show host was known for her biting remarks and fashion sense. Rivers passed away in September, 2014.

A Jeweled Gold-Mounted Nephrite Fabergé Photograph Frame from the 19th Century was the auction’s top seller at $245,000, well over the high estimate of $60,000.

Bidders also contended for a Tiffany’s dog bowl, which drew $13,750 against an estimated $500 to $800, and a pair of Louis XVI style cream-painted canapes that drew $37,500. A faux-ivory monogrammed toilette set including a hand mirror, a comb and two brushes, each stamped ‘PENHALIGON’S HAND MADE,’ went for $4,000, despite the set’s $300-$500 estimated value.

The online auction includes more of the comedian’s jewelry, costume and handbags. Among the collection are Victorian enameled brooches, Iradj Moini necklaces, a silk pagoda dog bed and jewels from Harry Winston.

Also included are items Rivers has worn on the red-carpet including clothing by Vera Wang, Halston, Dolce & Gabbana and Jean Paul Gaultier and handbags by Chanel and Judith Lieber.

A percentage of the profits from the sales will be donated to the Guide Dogs for the Blind Association and God’s Love We Deliver, but the auction house would not reveal what amount. 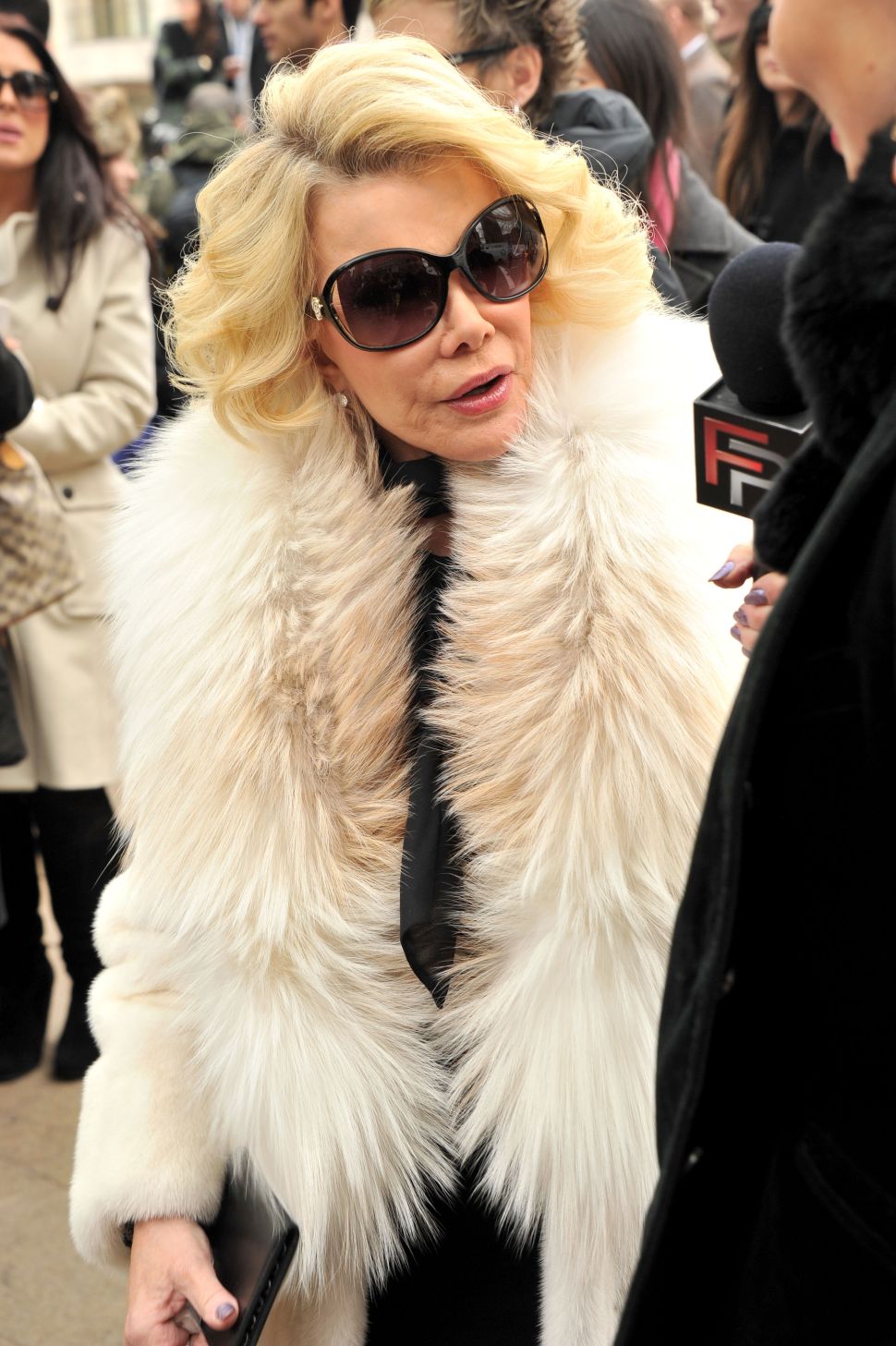