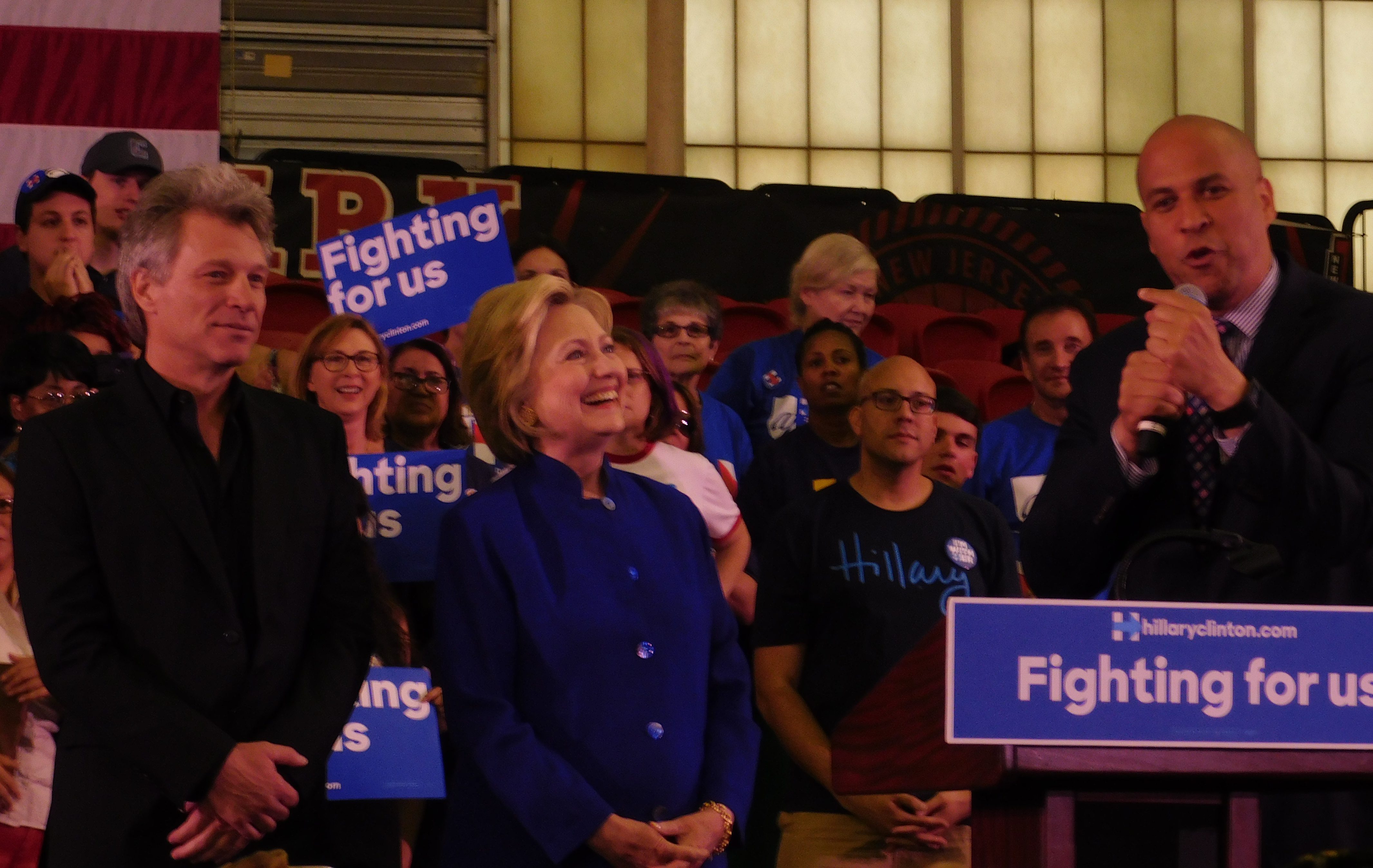 NEWARK – Just one day after a Monmouth University poll placed former Secretary of State Hillary Clinton a mere four points ahead against her likely foe in the November General Election businessman Donald Trump, the presidential hopeful took the stage at Rutgers Newark to espouse on why her presidency would be better for the future of America than her competition.

“This election will determine what direction our country goes in,” Clinton said. “Every day we learn more about Donald Trump.” During her remarks, Clinton highlighted recent news stories involving Trump University to illustrate her point that Trump is not the leader the U.S. needs.

According to Clinton, her presidency would focus on topics like creating infrastructure jobs, bringing manufacturing back to America, growing small businesses, raising wages and combating climate change.

“We have to put people to work and make sure we are building the economy of the future,” Clinton said. “I know we can do this. We did this in the 1990s when my husband was president. Some people talk about the economy and jobs, I know we can do it.”

According to Clinton, she has often faced criticism from Republicans for “playing the woman card” because her support for topics like equal pay for equal work and family leave.

“If talking about these issues is playing the woman card then deal me in,” Clinton said.

“I am telling you right now, New Jersey,” Booker said. “You have a choice to make on Tuesday. We now have a choice so stark. The issues that we hear Donald Trump talk about are so contrary to who we are as a nation.”

Bon Jovi also spoke out in opposition to Trump.

“The stakes are huge in this election, not just for New Jersey but for the country,” Bon Jovi said, referencing the Republican contender.

While Wednesday’s rally mostly focused on Clinton facing Trump in November, next week Clinton faces Vermont Senator Bernie Sanders in several primaries nationwide including New Jersey. While she is expected to beat Sanders in NJ on Tuesday, an FDU poll  showed that Sanders would likely beat Trump by a greater margin than Clinton stands to in NJ in the general election. Even so, Clinton’s supporters expressed confidence at Wednesday’s rally that she was the right candidate to face Trump in November.

According to Payne, the time has come for Sanders to step out of the race.

“Some people have a hard time understanding where their future lies. There is a guy who is hanging around, still telling people he has a chance. Ladies and gentleman, we don’t need independents running in the Democratic Party,” Payne told the crowd regarding Sanders.

While Clinton did not spend too much time on Sanders and instead chose to focus on Trump during her remarks, Sanders’ supporters still chose to make their presence known at the Clinton event. As the line of supporters filed in to the Rutgers Athletic Center, a group of Rutgers students proudly paraded around the entrance wearing “Bernie” shirts, holding signs and passing out literature highlighting differences between the two candidates. Even so, the throng of Hillary supporters drowned their chants out.

The visit by the former Secretary of State continues the charm offensive she and her family—husband former President Bill Clinton and daughter Chelsea Clinton—have been waging in New Jersey as the primary ekes closer. This year, New Jersey’s primary is in an unusual state of relevance. Generally, party presidential nominees are basically decided by this point in the process but, because of Sanders staying in the race, New Jersey is playing an important role in deciding the nominee. New Jersey has 126 delegates at stake.

“I need your help next Tuesday,” Clinton said to cheers from the crowd. “New Jersey you have the opportunity to decide the nominee of the Democratic party so turn out and vote.” 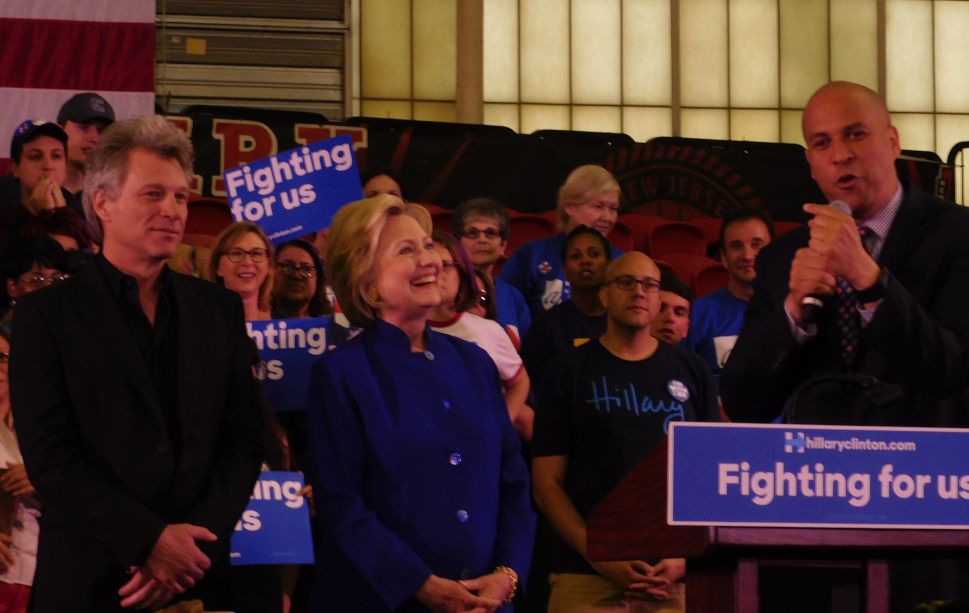