Since his New York Fashion Week spectacle last February, the fashion world has speculated when the next wave of Kanye West-designed goods might arrive. Today, adidas announced that it will be back soon, and in a big way with the launch of adidas + KANYE WEST, a YEEZY-branded entity which is slated to release footwear, apparel and accessories for all genders across street and sport. “The unprecedented new alliance makes history as the most significant partnership ever created between a non-athlete and an athletic brand,” adidas said in a release that appears to be written in Mr. West’s own voice. “It will redefine the future, uniting adidas’ technical, innovative expertise and capabilities with the visionary imagination of West.”

The rapper-turned-designer’s imagination will be aided by a dedicated design staff based in the brand’s Portland, OR headquarters, as well as an aggressive expansion plan that will include retail stores that will serve as standalone hubs for the products. “Kanye is a true creator who has the ability to see things others don’t,” said adidas CMO Eric Liedtke. “We are excited and honored to build on this partnership, and eagerly look forward to defining the future together.” 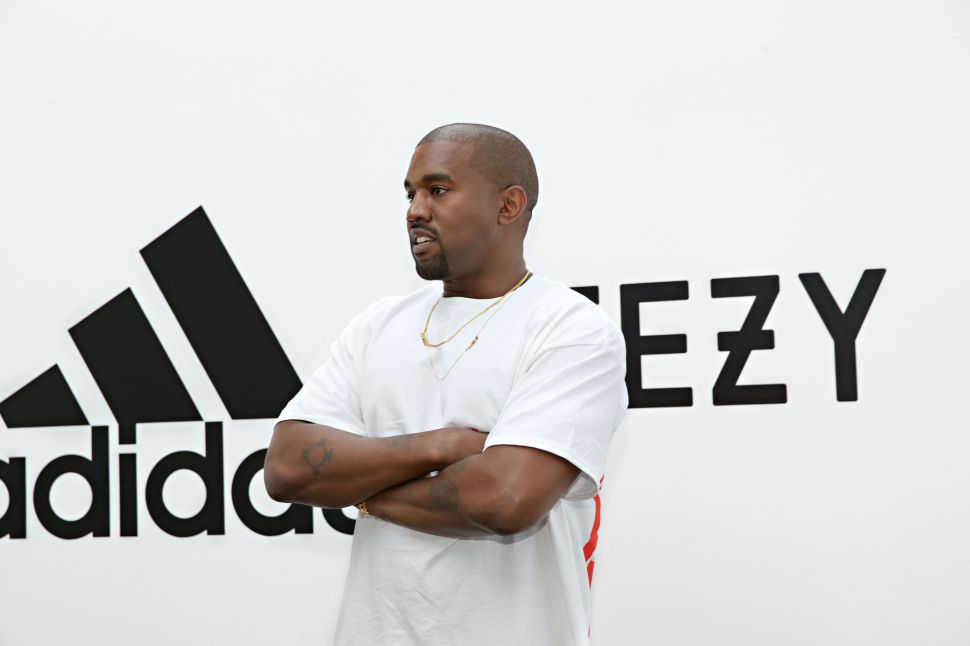