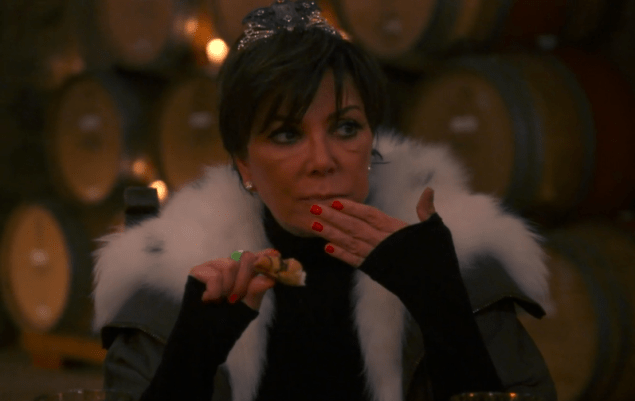 Keeping up with the Kardashians. E!

The Kardashians took to Kolorado this week, and boy did they take The Kentennial State by storm. Well, not all of the Kardashians made the trip, as Rob and Angela née Blac Chyna politely declined Kris’s invite because Tyga might be in attendance. But Scott did decide to attend and promised to keep it klassy, proving that any and all Kardashian drama can be overcome. I look forward to this family whole-heartedly embracing Angela because she is their queen and savior.

Kris kept the lo-K-tion of the va-K-tion a surprise, because who doesn’t want to be magically whisked away to the Rockies? I just want to wake up on a snowy mountain, gasping for air, rather than lounging by a pool in Calabasas. But apparently Kolorado has positive family memories for these people because they all freak out with glee when they arrive. The Kardashians being so into skiing seems off-brand to me but whatever.

The fam has a great time riding them slopes (which I thought would be more fun to watch but they’re all not too bad at skiing) but they still kan’t konvince Rob to come join them.

The horrible news is– Tyga is on his way! The terrible part of this horrible news is that Tyga is a super enabler for Scott’s addictions, which is everyone’s favorite quality for their teenage daughter’s boyfriend. Kourtney was very worried, but Tyga assured her that he and Scott are total bros and that Scott is responsible for his own actions! “I have such faith in that friendship!” remarked no one.

NOW COMES THE GOOD STUFF. The sisters wake up, flawless. The post up (on Instagram), flawless. And see that their flesh and blood has proposed to Miss Angela via Instagram photos. Rob, that is KOLD. I support the Rob/Chyna relationship so much but this is just kompletely kold and unkalled for. Obviously, the family is upset. Khloe and Kim are reeling while Kourtney is sad but not too sad because her Instagram profile says, “Heartless” and she has to stay on-brand. She later quips, “maybe he thinks that you guys are judgmental because clearly you are.” And that is why Kourtney is slowly pulling ahead as my favorite Kardashian.

We end the episode with Kris about to find out, but we have to wait until next week to see her reaction. I don’t know what cliffhanger left me more on edge this weekend, this or the end of the fourth season of Orange Is The New Black, but fortunately I only have to wait a week to see what happens in the saga that is “Angela Kardashian Is The New Blac Chyna.” Until then! 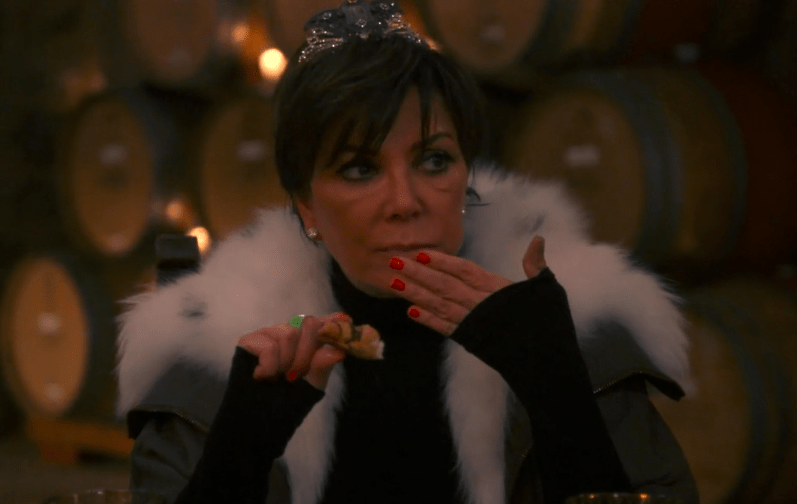 Filed Under: TV, TV, Keeping Up With the Kardashians, E!