Some musicians have a knack for painting vivid imagery through their words and tunes, and then there are a select few who can also make music on the canvas. As it turns out, while Kurt Cobain was busy fronting the generation-defining band Nirvana, he also found time to make collages, paintings and a range of other visual art on the side. Now, artwork by Cobain will take center stage in a touring exhibition organized by estate manager Jeff Jampol and the artist’s surviving family, reports the New York Times.

Jampol, a highly sought after manager of musicians’ estates, has organized posthumous exhibitions, films, musicals, anniversary celebrations and catalogues for legendary musicians such as Janis Joplin, the Ramones and the Doors.

What will feature in Jampol’s exhibition for the late grunge influencer? “Kurt’s works and his art and his possessions,” he told the Times. “He’s got some amazing canvases that a lot of the world has never seen or even heard of.”

Jampol has managed to corner the market on reviving the legacies of great artists. While music has been his niche thus far, he plans to broaden his roster to include artists in other fields too. “What we do for the Ramones or for Otis Redding, we can also do for Robert Rauschenberg or Richard Neutra or Jack Kerouac,” he said. (Not that Rauschenberg’s legacy needs much help these days.)

While Cobain’s art show is still in development, an inkling of what to expect may be found at Seattle’s EMP Museum, notes Vulture. The museum is currently showing the exhibition “Nirvana: Taking Punk to the Masses,” which features original poster artwork, photographs, films and and oral histories from Cobain’s friends and peers. 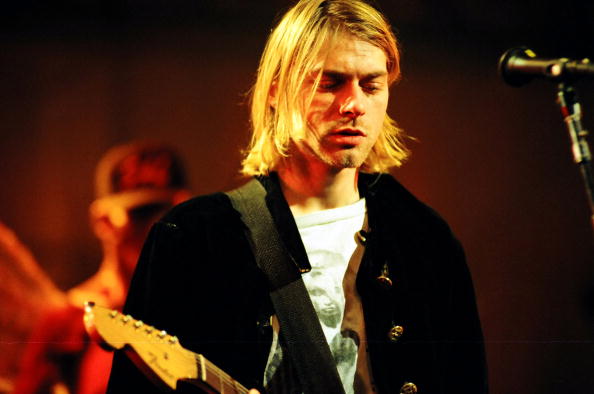