TRENTON – Orange shirts and green shirts worn respectively by the laborers and operating engineers filled the subterranean hallways of the Statehouse this morning in anticipation of a legislative vote on funding for the state Transportation Trust Fund (TTF).

It’s a complicated piece of legislation and a lot of people trying to figure out what exactly it will mean for their districts. That part of the item attached to a petroleum gross receipts tax has some airport district lawmakers leery.

Ultimately, backers of the legislation like ForwardNJ have confidence that it will pass both houses by day’s end.

But it could be a very long day. 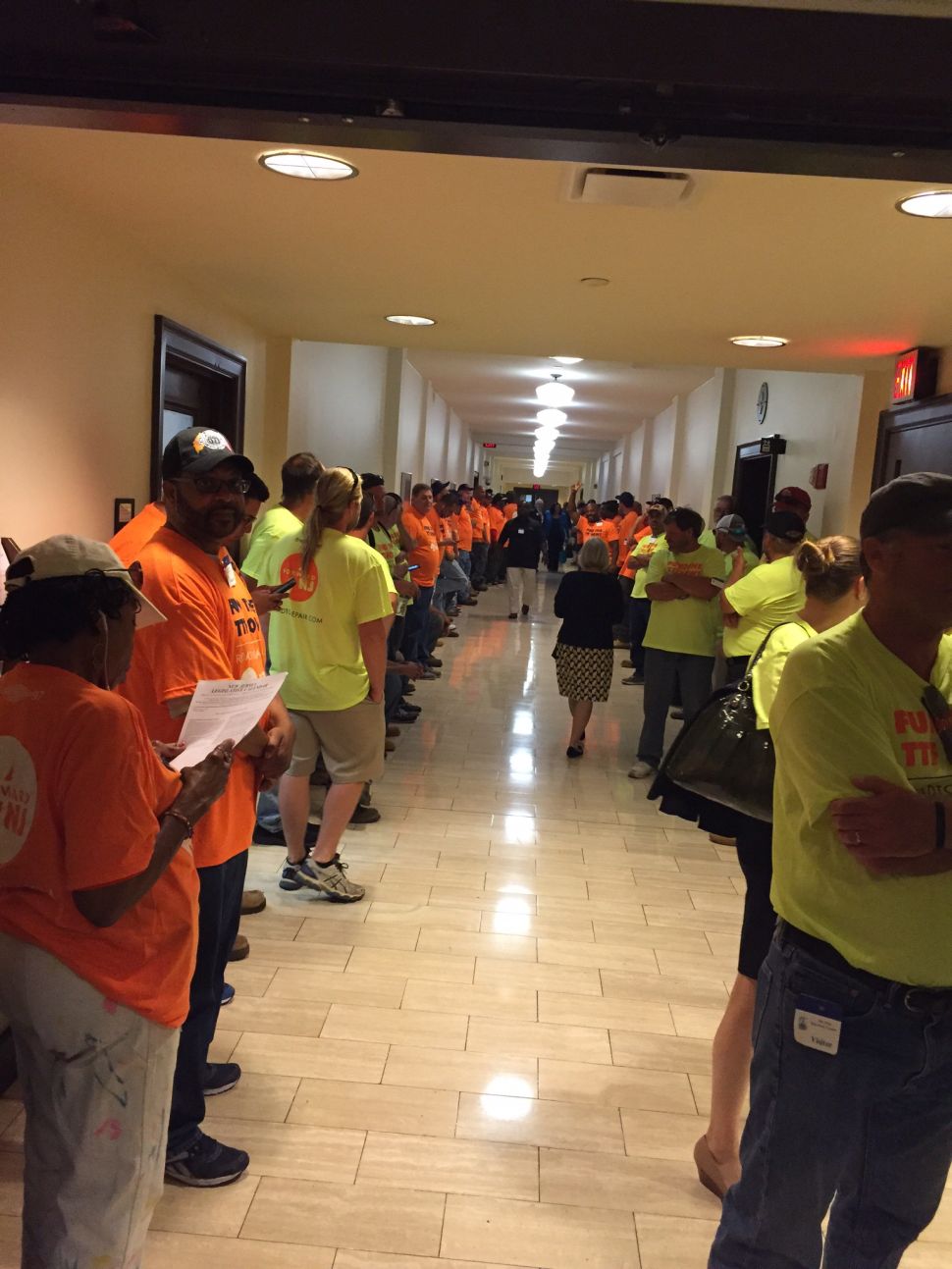