TRENTON – Over 300 members of labor groups are clogging the halls of the Trenton State House to support the Transportation Trust Fund (TTF) replenishment package that state legislators are frantically trying to get approved before Thursday. For many of the workers, the prospect of raising the gas tax 23 cents per gallon in order to fund the TTF is a tough but necessary reality in order to keep New Jersey’s roadways safe and keep laborers working.

According to Charles Norwood of the Building and General Construction Laborers Local 77, he and other union members are at the State House in order to support the union groups they are a part of.

“I need to support my union,” Norwood told PolitickerNJ in the State House basement. “I think we will get these funds to support the union work.”

When asked if the surge in the gas tax was worth it in order to fund the TTF, Norwood said that he felt it unequivocally was.

“We need work,” Norwood said. “Everything is worth it.”

Like Norwood, Marvin Harrell is also a member of Local 77. He agreed with Norwood that the gas tax is worth the cost because of the job security it provides to union workers.

“Everything is worth it when you are trying to support your family,” Harrell said. “Not supporting this is crazy.”

Vinny Chiariello is a member of the Heavy and General Construction Laborers Local 472. He says that he believes the TTF bills are critical to the future of New Jersey.

“Anybody who drives on these roadways can see the work that needs to be done,” Chiariello said. “It will fund a lot of work. It is a rough thing but necessary.”

The presence of labor members was coordinated by a group called Forward NJ, a coalition pushing for a robust solution to New Jersey’s lack of transportation funding. Forward New Jersey coordinated the effort with the New Jersey Laborers Union (LiUNA) and operating engineers.

According to Forward New Jersey chair Tom Bracken, the presence of labor at the State House in order to support the TTF is critical.

“Forward New Jersey wanted to have a robust presence of organized labor and business to show the wide spread support for passing the TTF legislation,” Braken said. “We have less than a week before the TTF expires. We need this legislation to pass as quickly as possible. Today’s presence shows our commitment to making this legislation a reality.”

Both the state senate and assembly are scheduled to vote on the TTF during today’s sessions. If the bills are not approved by both houses and signed into law by the governor by Thursday, the TTF stands to run out of money. Governor Christie has said he will only sign the bills if he feels there is “tax fairness.” While the gas tax will be raised, there will also be a number of tax cuts including a phase out of the estate tax if the current plan is approved. 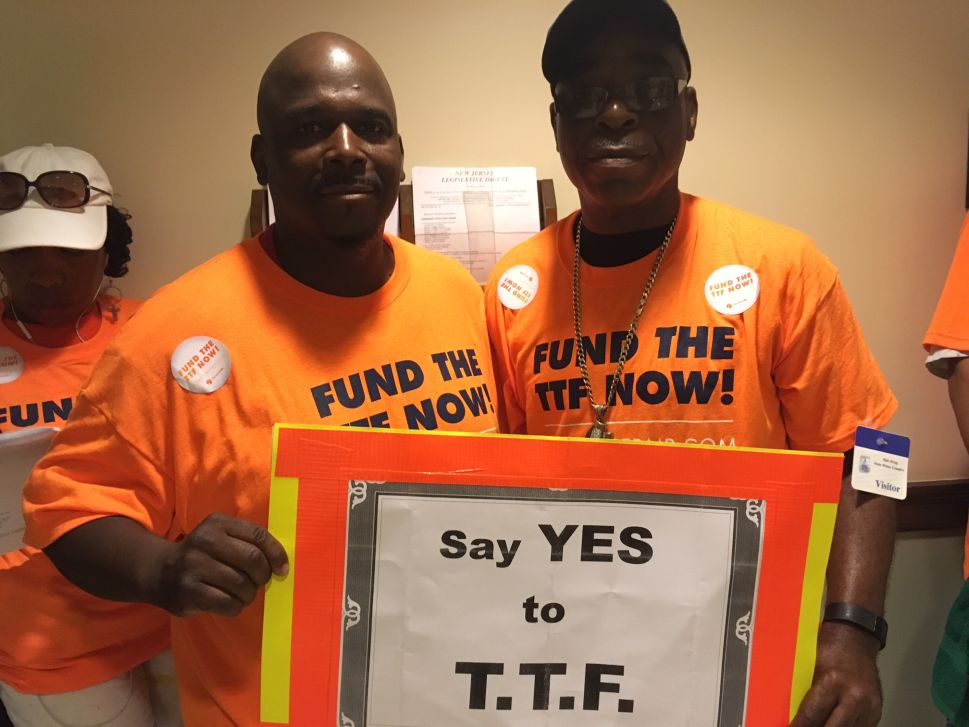