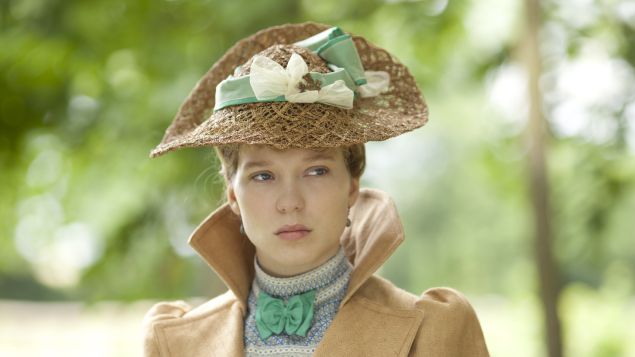 A controversial French novel written in 1900 by Octave Mirbeau that has provided soap opera fodder for generations of actresses and film directors, Diary of a Chambermaid is back. Shaky in focus and structurally confusing in its time shifts, this version by director Benoît Jacquot does not live up to the standards set by Paulette Goddard in Jean Renoir’s 1946 adaptation or by Jeanne Moreau in the one directed by Luis Buñuel in 1964. But it is effective in an entirely different way, and it gives the enchanting French actress Léa Seydoux (Blue is the Warmest Color) a vibrant and conflicted woman to play, one who sees the ugliness of the world and the evils of the French class system around her with bitter sobriety. She plays it with eyes wide open but soft as a fawn’s.

“There are no bad posts,” insists her employment agency contractor, “just bad servants.” Despite her best efforts and sometimes through no fault of her own, Celestine is one who fails to succeed in the slavish duties of working class girls. Sullen and rebellious, with attitude issues, Celestine has a history of problems holding down a job. Who can blame her? Abused since she was sexually deflowered at age 12 by a grotesque and hirsute old man in exchange for an orange, she has earned her cynicism honestly. When her agency sends her away reluctantly from the excitement and fun of Paris to the provinces to try again, she plans to get it right at last. Instead, she finds herself under the control of Madame Lanlaire (Clotilde Mollet), a petty, demanding, mean-spirited old dragon who subjects her to daily humiliations, forcing her to climb up and down flights of stairs on trivial, unnecessary errands while she fights off the improper advances of the old crone’s husband (Hervé Pierre). The house also employs a sad, despondent cook who once murdered her bastard child and now believes she is pregnant again by the master of the house and a rugged gardener who prints inflammatory anti-Semitic propaganda for the village rabble-rousers. Celestine falls for him and eventually becomes his accomplice in a dastardly plan to rob Madame Lanlaire of the jewelry and silver she’s been hoarding for years.

The screenplay, by the director and Hélène Zimmer, is not always logical. After her mother dies, Celestine gets no comfort from her boss. The old hag shrugs it off with indifference and makes further demands. The maid’s emotional pain and resentment are understandable, but rescue in the form of a new position is not. Out of the blue, Celestine is suddenly caring for an elderly woman and her sickly grandson, but as soon as life improves she seduces the boy, accelerating his tuberculosis, and causes his death. How did she get the job? Why does she turn down an offer to stay on after the young man’s funeral? And why does she go back to the Lanlaires? Most baffling of all is why Madame Lanlaire changes from loathsome shrew to kind benefactor in the final scenes without justification or explanation. The pace creeps along and huge gaps in the narrative make it all seem even slower than necessary. The lush French countryside is beautifully photographed, and the period decors could easily blend into the classical French costume epics by Renoir and Feyder. Diary of a Chambermaid doesn’t quite add up to the chronicle of decadent abuse endured by the servant class in turn of the century France that it hopes to be, but it’s still worth seeing as another entry in the rise of Léa Seydoux, a star of Gallic charisma if ever I’ve seen one. 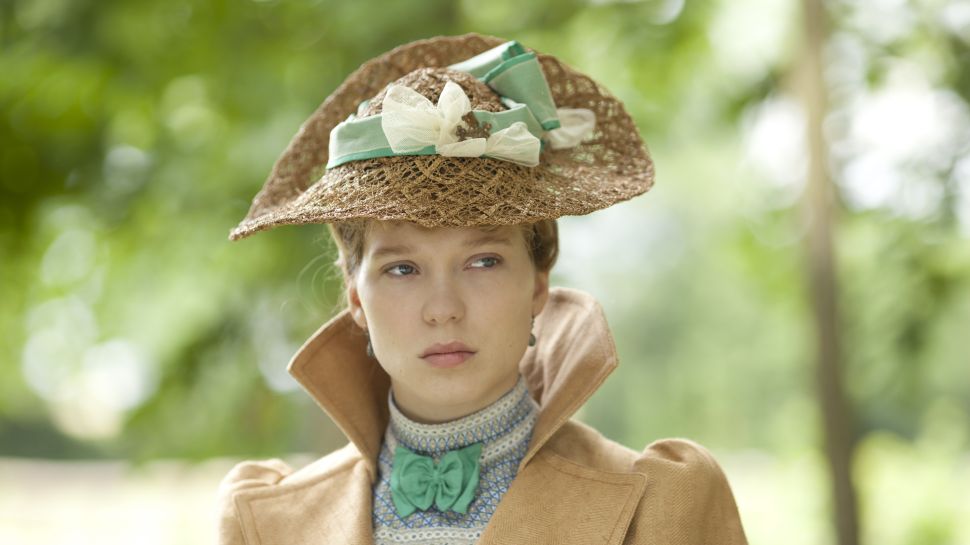