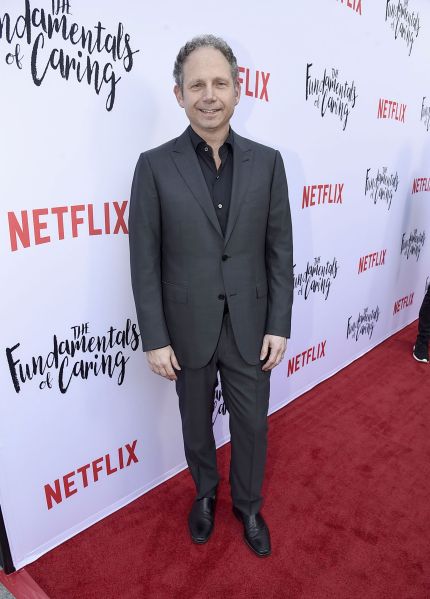 For somewhere in the vicinity of 6,000 shows, Rob Burnett stood in roughly the same spot— just off the edge of the stage, closely watching. First at 30 Rock and then the Ed Sullivan Theater, the long-time executive producer and writer of the late lamented Letterman show rarely had his eye on what was afoot on the desk or the couch, or whatever bits he had put together to liven things up before the interviews.

Instead, “I was watching the audience watch comedy,” says Mr. Burnett, 53, who started his career a lifetime ago as an intern at Late Night. “That has made me very aware of the audience in writing, shooting, directing and editing a movie. I am very conscience of how an audience will react.”

Internalizing audience response is pretty crucial when your big summer movie is premiering on Netflix and not at the multiplex, as is the case with Burnett’s second film as writer-director, the tragicomedy The Fundamentals of Caring. The streaming giant purchased Burnett’s Paul Rudd-starring adaptation of the Jonathan Evison novel, this year’s closing film at Sundance, just prior to the festival for a reported $7 million.

It premiered over the weekend to… well, Netflix still keeps those kinds of figures under lock and key. But we do know a huge swath of the planet had an opportunity to see the low-key charmer, in which Rudd plays a retired writer broken by tragedy who takes a job caring for Trevor, a profoundly sarcastic Brit who is wheelchair bound with muscular dystrophy. Many more people than if Burnett went the traditional theatrical route.

“On Friday, this went out to 190 countries, and 81 million subscribers in 12 languages,” says Mr. Burnett, just back from Scotland, where his film was finishing its festival run in Edinburgh. “There is no chance that this particular movie would be seen by near this many people if you were in a theater. If you are making an Ant-Man movie, you want it in movie theaters. For this movie, I am beyond thrilled to have Netflix as a partner.”

Besides, the festival run he and his film have been on has given the career TV guy— in addition to the Late Show work, he co-created 2000’s Ed— his fill of of the movie theater experience. 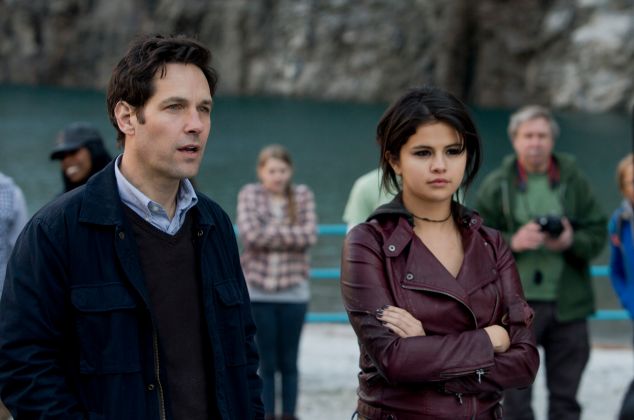 Paul Rudd and Selena Gomez in The Fundamentals of Caring. Annette Brown/Netflix

“I’ve sat in rooms with 12 thousand people watching the movie and it was thrilling,” says the Greenwich, Connecticut resident. “It was great. What is not so great is when I go to my local AMC Port Chester like I did a few weeks ago and to see a pretty big movie and finding I am the only person in the theater. Now that is a little daunting.”

Less daunting? Leaving his perch after a generation-and-a-half atop late night’s Iron Throne.

“I carried around a boulder with [‘Late Night’]— and it was a boulder, one that was much heavier than it ever should have been. Now that the show is done, as I look back on it, it all feels a little silly to me.”

“I am really excited now about being a free agent and being able to do anything I want to do,” says Mr. Burnett, who claims he segued from Late Show‘s 12-hour days to editing the movie 14 hours a day with nary a week off in-between. “I carried around a boulder with that show— and it was a boulder, one that was much heavier than it ever should have been. Now that the show is done, as I look back on it, it all feels a little silly to me. There was a real self importance that you get when you are producing a show like that that truly is unwarranted.”

Being arguably the most influential presence on the show whose name is not in the title left Burnett with a kind of Hollywood PTSD, one that would flare up at odd times. It happened last summer when watching the Americans win the Women’s World Cup and again during the clusterfuck that were those first Republican debates.

“I noticed my stomach getting tighter and tighter,” he says. “I realized I had been thinking about the show with out even realizing it, wondering who should we book.”

The truth is, the greatest joy that Burnett found on Letterman’s show was filming the mini-movies on the streets of he city, jaunts to the Hello Deli and the like. Those kinds of freewheeling bits had become less frequent to the point that they were all but extinct by the time Letterman closed his doors in May of last year.

“I had already mourned the loss of that well before the show had finally ended,” says a wistful Mr. Burnett.

One thing he has not felt sad about is the state of late night television, which Mr. Burnett feels has reached a kind of golden age since Letterman and his Burbank-based counterpoint Jay Leno hung up their spurs.

“To my view, late night has never been better than it is right now,” says Mr. Burnett. “I don’t watch it a ton— I have had my fill— but when I check out any of these guys and women, I see some of the most incredible work that has ever been done in late night. Did you catch Stephen Colbert’s comments about Orlando? I thought this was as eloquent and sincere as I have ever seen from a guy behind a desk. I was very moved.”

The secret sauce in late night TV’s renaissance? “I think most of it comes from the competition,” says Mr. Burnett, whose show never faced the possibility of being canceled, even when it was being regularly beaten by Leno’s Tonight Show. “Nobody can rest in that job anymore. You can’t sit back and relax in late night anymore. You have to go out and grab it. We are living in a late night era where there are a lot of smart, funny people working very hard.” 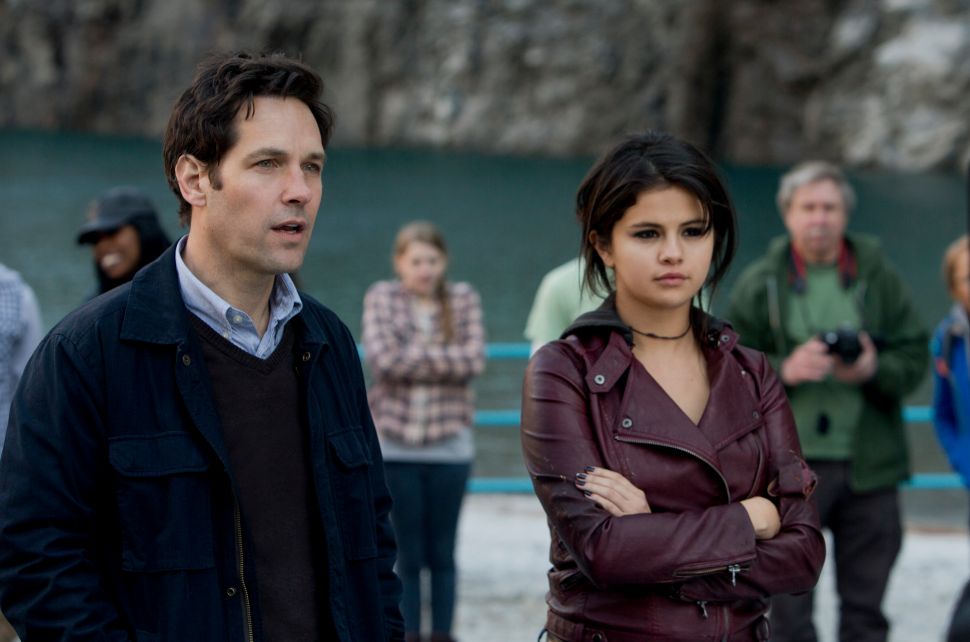