Callum McLaughlin and Ryan Chadwick, part of the team behind the New York City, Nantucket, Mass., and Aspen, Colo., outposts of Grey Lady, have brought their New England sensibility to the old Harbor location in Montauk—a natural fit for their shabby-chic interiors and fresh seafood fare. With an open deck, raw bar and unbeatable sunset views. 440 West Lake Drive, Montauk

Montauk mainstay Duryeas has the same name but a new sensibility. Following years of rumors that each season would be its last, the lobster shack finally changed hands three years ago in a $6 million sale. This summer, it’s traded its plastic tables for wood and rolled out a new family-style menu that—thank God—still features its famous lobster roll. 65 Tuthill Road, Montauk

The trendy taqueria chain Tacombi opens its doors in Montauk this summer, offering a low-key alternative to the town’s fish-heavy fare just a few minutes from the Ditch Plains breaks. They’re not currently serving the creamy horchata they offer at their city locations—yet—but no one’s perfect. 752 Montauk Highway, Montauk

The Mill spot formally known as Red Stix has changed hands once again. This summer, stop by for New American fare at The Greenwich, a new restaurant from Nick Boccio and chef Carmine Di Giovanni, the men behind NYC favorites like The Mulberry Project and Aunt Jake’s. 1020 Montauk Highway, Mill

In Southampton, Kozu opens its doors at the former Nammos Estiatorio location, serving a sushi-heavy Japanese-Peruvian fusion menu created by former Nobu chef John Keller. Start the night at the table and end it dancing on top of it—after dinner service, the restaurant transforms into a nightclub called Summer House, jam-packed with celebrity DJs and celebrity patrons. 136 Main Street, Southampton

Go from the train to the table in minutes at Jue Lan Club, which opened its Southampton outpost this summer just steps from the Southampton LIRR stop. Named after a Chinese arts society from the 1930s, the new space is light on intellect but heavy on modern Chinese fusion dishes, plus a raw bar and Saturday dim sum brunch. 268 Elm Street, Southampton

Highway Restaurant in East Hampton, a perennial favorite of Jay Z, hasn’t changed their menu significantly for the new season, but they are offering a brand new dining room to go along with their New American fare. The newly revamped interiors offer a beachy aesthetic with a farm-to-table sensibility. 290 Montauk 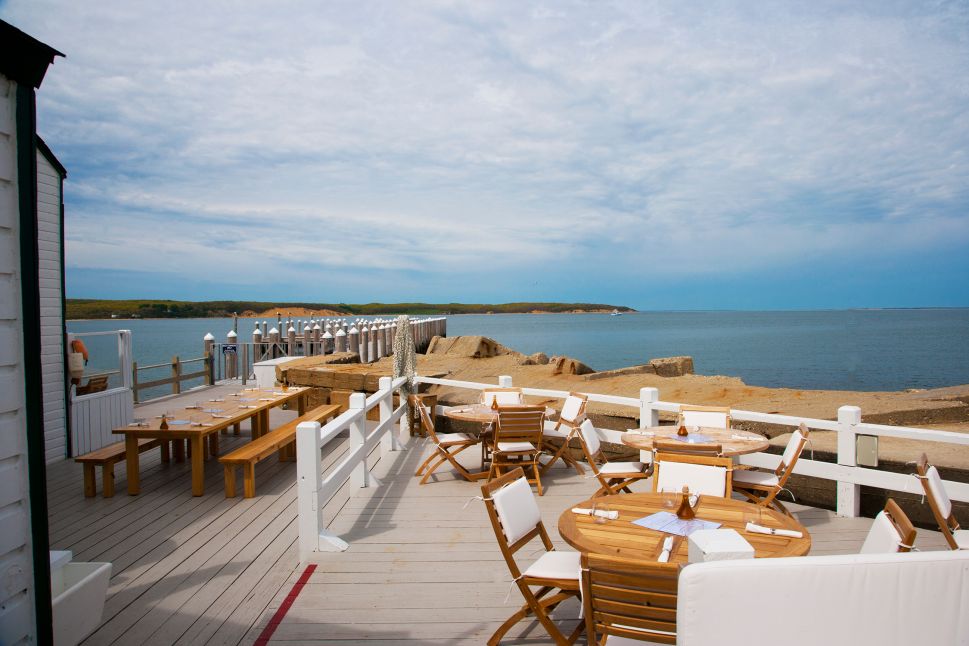