When we talked to webcomics superstar KC Green, he told us his most pirated comic strip is his January 2013 strip, “On Fire.” As Know Your Meme explains, its first two panels (depicting a dog saying “This is fine” in a room full of flames) have become a visual shorthand in online forums for staying calm in stressful situations.

The image above is from a reverse image search of the strip on Google, showing both reproductions and adaptations. Those two panels have a life of their own, but only a small percentage of those who’ve seen it know the artist who originated the strip, which is too bad. People amused by an image of dog chilling out in a room on fire would probably like a lot of KC Green‘s work.

A new company operating out of a remote Brooklyn warehouse aims to make it easy to know who made something, even if the part shared on Tumblr or Facebook was only cropped out of a larger work. Mediachain is building a means a system that can identify creative work (visual, musical and literary) around the web and easily display the metadata from its inception. If it all works out, the anarchic distribution of creative work across social media will turn those posts into a vector for discovering the creators behind the work.

The team takes a bit of a nod from BitTorrent. That network created a unique hash for each piece of media, which Mediachain co-founder Denis Nazarov referred to as “content addressing.” Each exact copy of that content could be found with its unique hash, an ID made from the precise bits and bytes of the original file.

But if the goal is to maintain attribution, the problem with this approach is that files change as they propagate online. “You can’t rely on the same exact hashing functions that bitcoin or BitTorrent relies on,” co-founder Jesse Walden said during our conversation in Mediachain’s offices. “Mediachain relies on technology like Shazam or Google Image Search.”

So Mediachain retains the insight of distributed data from BitTorrent, but updates the means of finding it. Shazam is the software that can recognize music by listening through your microphone. The basic idea behind it can be applied to visual content, as well. Mediachain takes that signature and turns it into their own hash, to make a work findable. Nazarov called their approach “concept addressing.” This way, Mediachain should be able to recognize a work, even when it has changed a little bit.

“Anywhere a piece of media is you can find information about it,” Walden promised. “An image becomes a gateway to its creator.”

Webcomics Artists Are Moving on From Webcomics

So, for example, in the case of KC Green’s comic, Mediachain could probably recognize the comic from just a panel or two. Which isn’t to say necessarily that creators will use Mediachain to autopost Digital Millennium Copyright Act notices on every Imgur post where one of their works pops up, but it does mean that curators who want to strip away authorship from files won’t have an easy time doing it. Answering the question “Who made this?” will become much easier (and also harder to hide).

The day could even come when browsers bake the feature right in. Browser makers definitely will be able to bake Mediachain’s functions in, any way they want. “It’s an open protocol,” Walden said. “It has to be open, and it has to be decentralized.”

When the internet’s bones were weaker, centralization dominated. Take YouTube, the video-sharing site arose at a time when it downloading large files was painfully slow. Distributed networks were a promising solution then, but YouTube won that round, in part because no one had to download.

“The way YouTube solved the problem was throwing lots of money at it,” Nazarov said. It built huge server farms for videos, then, to share one, a user had to link to the site. Plus, to make money off a video, a creator has to accept the site’s terms.

On a decentralized web, the file itself could be all over the place, the link would describe the file’s concept and Mediachain would keep the intellectual property connected to its originators. “Basically, the power structures are very different,” Nazarov said.

Mediachain’s database will be completely open, built on the Interplanetary File System, which works similarly to BitTorrent, in that it tracks copies of a file around the web, allowing users to download pieces from multiple copies.

The company already has two million images in an alpha version, collected from collaborators at the Digital Public Library of America, Getty Images, Europeana and MoMA. Next, they hope to ingest some two billion public domain images. “Those creators have no way to know where there work is being reused,” Walden said.

Mediachain has the backing of Fred Wilson, a partner at Union Square Ventures. He mentioned the company during an interview at CB Insights FinTech conference, where he also chastised banks for failing to get into bitcoin. 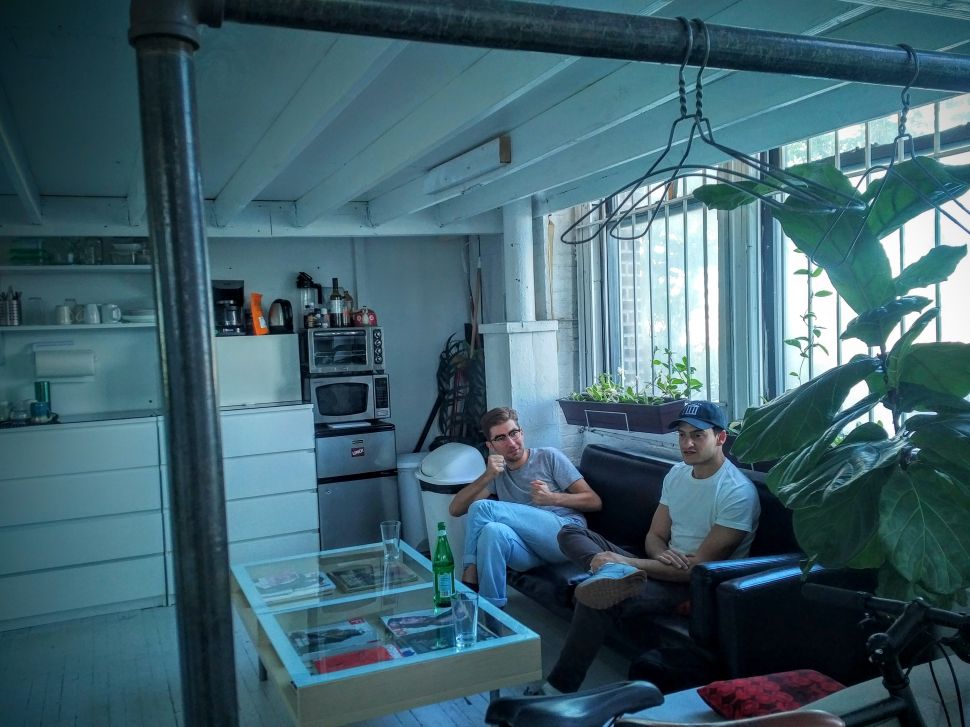