“Aside from finding your voice, the arts is a thing that allows you to be your own individual,” Shuffle Along actor Britton Smith, one fourth of the Lost collective that’s working to bring this feeling to LGBTQ youth in the foster system, told the Observer.

The Broadway actor, along with Keelay Gipson, Rebeca Rad, and Josh Adam Ramos, has formed the collective with the Administration for Children’s Services and the Department of Cultural Affairs in a program called Public Artists-in-Residence (PAIR), which seeks to engage LGBTQ youth in the foster care system with the arts.

Old friends from their time at Pace University, the four came together to bring to life the show written by Gipson, titled The Lost. The show’s protagonist, Bobby, is a teen in the foster care system in Harlem that is soon thrown into the Upper East Side life, and his journey of self-discovery is captured through the use of spoken word poetry and rap.

The play had its first performance in 2014 and its last July of 2015. Out of this, the collective and subsequent residency was born. For the next year the foursome will work with five foster care facilities in Brooklyn and Queens, each possessing different skills to contribute to the production—from poetry to mentoring. Smith described his as being the music and “involving the youth in finding their voice or expressing themselves through music.” The group have all worked as actors, but in the production of The Lost they each utilized other talents. Gipson wrote the play, Smith wrote the music, Rad acted as director, and Ramos was the producer.

The four members also identify as LGBTQ, which Gipson noted helps in connecting with the youth. “A lot of people who we are working with look like us and are very similar to us in our demographic,” he said. While their talents are diverse, Gipson said the interests of the youth are even more so, and the group will work to find experts in any field whether it be makeup and hair or video editing. “The arts are a powerful tool to help young people express themselves,” Administration for Children’s Services Commissioner Gladys Carrión said in a press release. “Providing a supportive environment will help cultivate their talent and artistic abilities.”

“I would love for them just to know that the arts are the way to express yourself and that it’s not something that’s not accessible because of your background being your sexuality, your creed, your gender, it’s for everybody.” –Keelay Gipson

The year-long residency will consist of workshops, but for the first 3 months the collective has been gauging the interests and gaining the trust of the kids they will be interacting with. It is not a mandatory program, so the beginning stages are meant to engage and inspire the youth to participate. “We are in the phase right now of having them get to know us, and having them trust us, and having them realize that we’re gonna show up for them,” Smith said. “So we’d love for them to show up for us.”

Gipson has personal experience with what it feels like to be lost. He wrote the play while homeless and sleeping on Rad’s couch. As an adolescent, Gipson told the Observer, participating in theater helped him to feel a sense of belonging. Though developing the skills they learn with the collective into a career would be a great outcome, Gipson said his main goal is to give the foster kids an outlet. “I would love for them just to know that the arts are the way to express yourself,” he said. “And that it’s not something that’s not accessible because of your background being your sexuality, your creed, your gender, it’s for everybody.”

The first PAIR program was announced last year with the Mayor’s Office of Immigrant Affairs, which is helping artist Tania Bruguera to work with undocumented residents. Another PAIR initiative placed the Social Design Collective to engage with female veterans. According to Gipson, the show embodies what the residence is about. The character of Bobby in The Lost deals with the issues of his sexuality, and the collective will be working with people aged 16 to 21 years old. “It was a beautiful bridge that was built between the program and what was already in the show,” Gipson noted.

“It is so exciting to see the Department of Cultural Affairs and the Administration for Children’s Services join together and use the power of art to affect positive change for our LGBTQ youth,” Mayor Bill de Blasio said in a statement. For Gipson though, the residency is a learning process that is not just for the kids. “I think there’s a stigma around foster youth, but they’re just kids really. That’s what I’m learning,” he said. “I might’ve even had that stigma myself about it, but they’re just kids.” 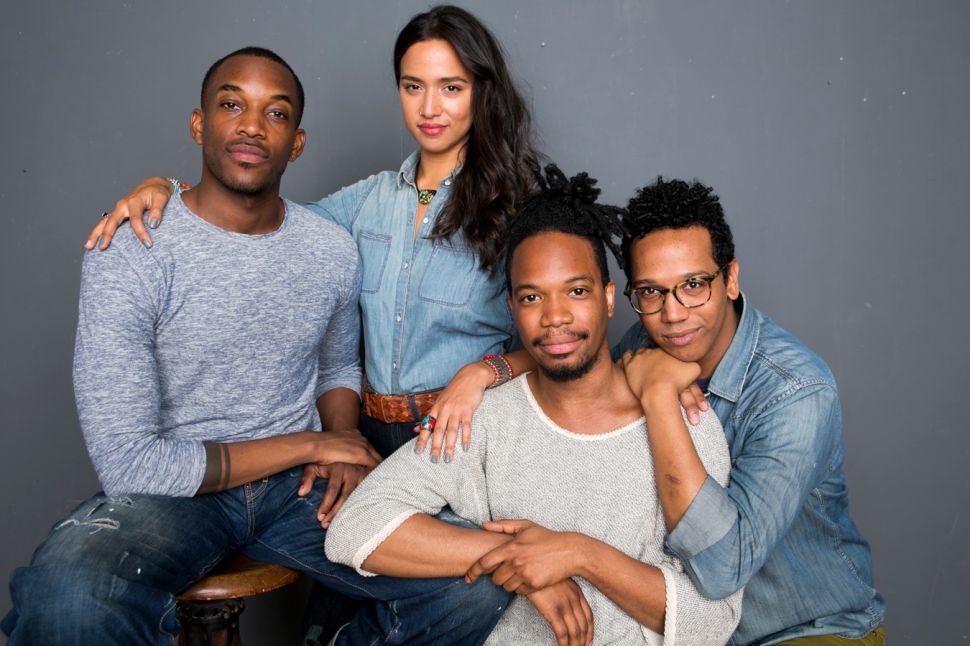