From 2009 to 2016, Justin O’Shea served as the Buying Director for Neiman Marcus-owned German retail platform, MyTheresa. He was admittedly a black sheep among the crowds at the womenswear shows, which allowed him to standout with ease. Now, as the new Creative Director of the Kering-owned Brioni, the Aussie badass is shaking up the Italian heritage house today by introducing his first ad campaign starring Metallica. While the Rock & Roll Hall of Famers are synonymous with their all black grunge garb, the duo of black-and-white photos lensed by Zackery Michael feature the the four legends in unexpectedly formal get-ups.

What’s more, the campaign also features a new logo. “Further reflecting the creative vision of Justin O’Shea, the advertising campaign marks the debut of the new Brioni logo, a reinterpretation of the company’s historical branding utilized from 1955 to 1986,” the brand said in an all-too-brief release sent from their headquarters in Rome. Like Hedi Slimane’s brief three year reinterpretation of Yves Saint Laurent, the logo is expected to be implemented across all of Brioni’s storefronts and merchandise, though we hope Mr. O’Shea will remain with the Brioni team for much longer. 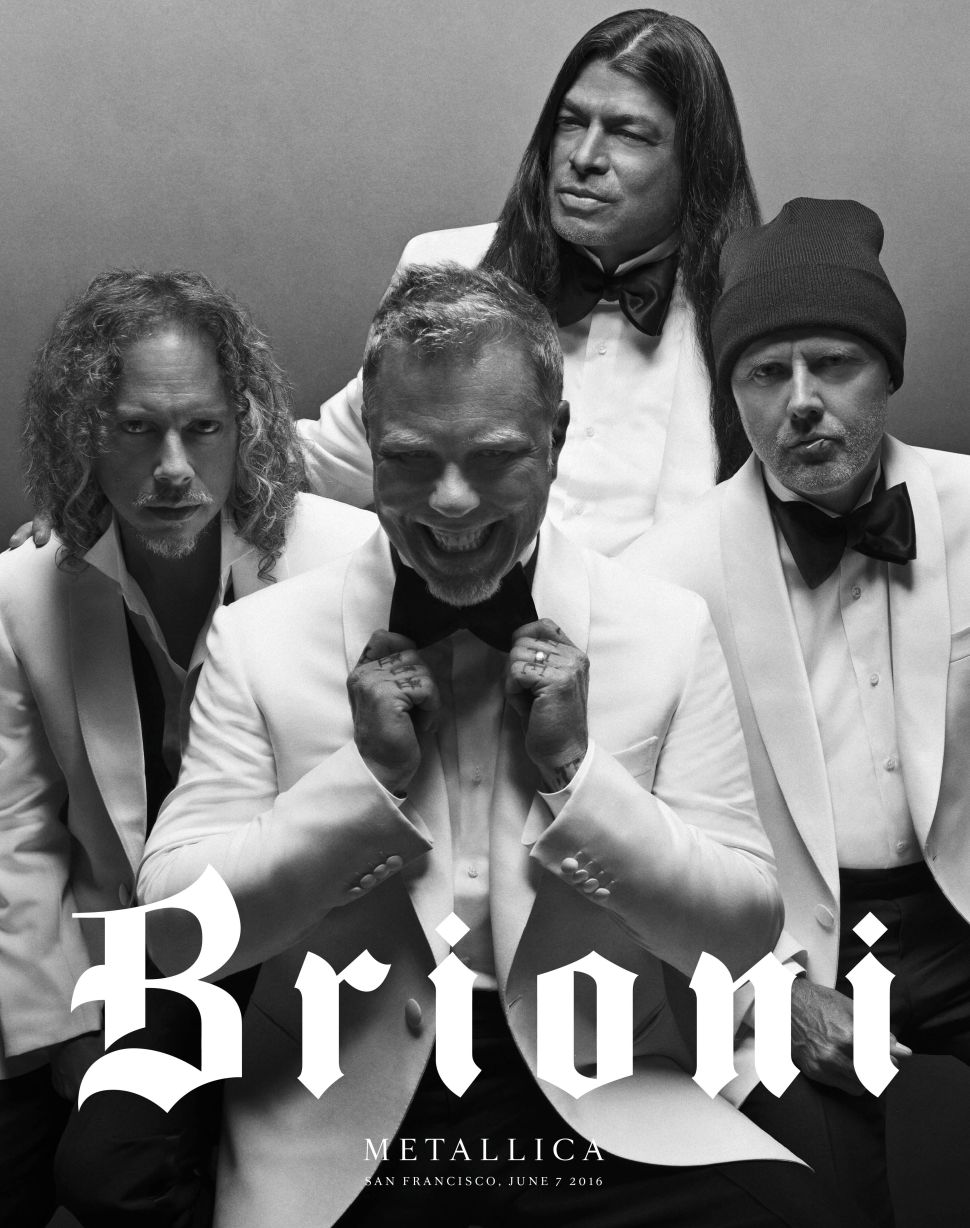