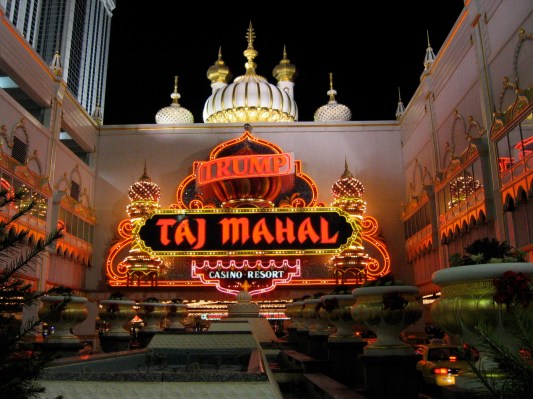 A bill to legalize marijuana inside Atlantic City will be introduced in the state Assembly Thursday, and early reactions from the one-time gambling capital’s were mixed. The bill, sponsored by Assembly Reed Gusciora (D-15), would try to compensate for the decline of casino revenues due to out-of-state competition by creating a new monopoly for the resort town by allowing it to collect on potential tax revenues from recreational marijuana sales.

Assemblyman Vince Mazzeo (D-2), whose district encompasses Atlantic City, said that he would likely vote against the measure despite his sponsorship of a bill to expand New Jersey’s medical marijuana program to include patients suffering from PTSD. That bill, of which Gusciora is also a  primary sponsor, goes to an Assembly vote tomorrow following a previous veto of a similar proposal from Governor Chris Christie.

“It could very well in three or five years be legal in New Jersey,” said Mazzeo of the statewide legalization effort, adding that Christie’s firm opposition could keep it in check until then. Mazzeo said that his support for PTSD inclusion hinges on the potential benefits for veterans.

“I’m not really in favor of legalizing marijuana,” he said of recreational use, pointing to states like Washington and Colorado that have moved to legalize in recent years. “I think that the verdict is still out in some of these other states.

The bill would have the state Attorney General regulate the drug as it does the casino industry, and impose a 20 percent sales tax. Half of those revenues would go to the city, 30 percent would fund road projects, and 20 percent would be divided between women’s health initiatives and drug enforcement.

Mazzeo’s Republican counterpart Chris Brown, who voted against expanding the state’s medical marijuana program in 2015, said that he will reserve judgement until further discussion of the bill itself.

“There are a lot of reasons why I believe I will probably vote against it,” Brown said. “However, I think it’s important as a legislator to be openminded and hear what people have to say.”

Members of Atlantic City’s city council have been divided on the issue of citywide legalization, with councilman Frank Gilliam telling NJ.com that he and other members of the council would support the measure. Council president Marty Small, however, said that he would be unequivocally opposed.

“Lord knows we need revenue streams. However, I’m not going to support drugs. There are many other ways that the state can help us if they want to,” Small said, pointing to luxury and parking taxes that currently go to the state rather than the city. “I’m not going to sell my soul.”

Brown expressed his own reservations about creating another temporary bubble by making Atlantic City the exception to state law.

“That’s why we legalized gambling in the first place, was to raise revenue,” Brown said. “And you see what they did to that.”