The President designated Stonewall National Monument today, across the street from the historic Stonewall Inn gay bar. He also made an approximately eight-acre area in and around the bar a National Park. So in ten years when there’s a Trivial Pursuit question: “what National Park is built around a bar?”—remember.

The designation was in conjunction with the beginning of Pride Weekend in New York City, which starts tonight. The National Park Foundation has announced that it will work with local and national groups and the West Village community to raise funds to make the monument into a park that honors the LGBTQ community.

The fundraising effort will provide funds for the four park rangers who will staff the site come Monday and a visitor center that will be constructed and staffed in the future (the exact location of the visitor center has not yet been determined, according to a representative for the Parks Department).

The Stonewall Inn—once a gay sanctuary, now a schlocky if historically significant tourist trap—was where the Stonewall Riots began in 1969. The six-day riots were the best-known example of sometimes-violent gay resistance to the frequent harassment and detention of gay men by the NYPD at the time. At Christopher Street and Seventh Avenue, the bar’s significance is finally being formally recognized by the federal government.

“As we move from the National Park Service’s first century into its second, we couldn’t be more proud to be part of a national park community that is committed to telling a more complete American story,” said Will Shafroth, president of the National Park Foundation, the official charity of America’s national parks, in prepared remarks.

The designation was finalized just in time for Pride Weekend, an annual celebration of LGBTQ pride, which this year seems like it will be as mournful as it generally is, following the Orlando shooting tragedy.

The National Park Foundation has also received donated ad space in public in New York City, San Francisco and Chicago to “share the White House announcement video and Stonewall Find Your Park PSA,” according to the statement.

The monument/park’s boundary “encompasses approximately 7.7 acres of land, including Christopher Park, the Stonewall Inn, and the surrounding streets and sidewalks that were the site of the 1969 Stonewall Uprising, an event that inspired the modern LGBT civil rights movement,” a spokesperson for the National Park Service told the Observer via email. 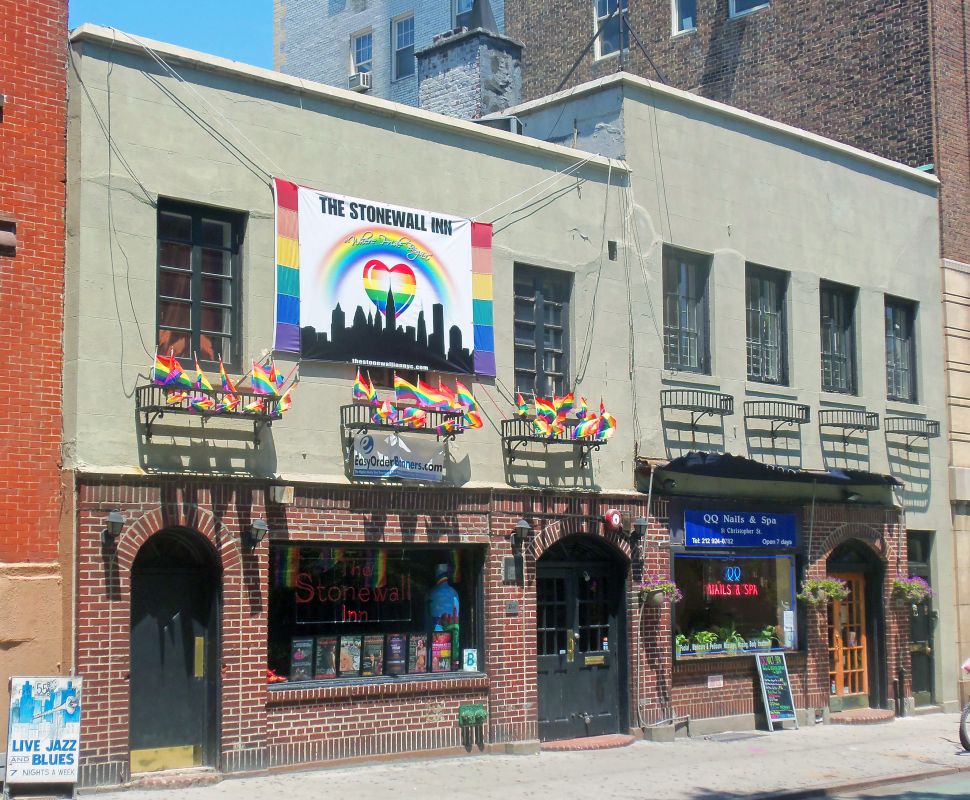