RoGallery in Long Island City will auction the late critic Baird Jones’ collection on June 15 and among his many celebrity-made works are five prints of paintings by Muhammad Ali. His works were often biographical, looking at boxing, Islam and civil rights activism, according to Art Net News. One piece is called Sting Like a Bee.

Brazilian artist Tunga, whose work is said to be the first Contemporary art shown at the Louvre, died in Rio de Janeiro at age 64.

The New York Academy of Art added some trustees, including Naomi Watts and Brooke Shields.

A Delray Beach, Fla., museum was robbed of a gnome. Someone nabbed a large blue gnome work called Power Gnome: Electric Blueberry, by sculptor Sam Tufnell, whose work is on exhibit in a solo show there currently. There is a $500 reward for the gnome’s safe return.

Testimony before the Senate Judiciary Committee on the Holocaust Expropriated Art Recovery Act starts today. The proposed law would make it easier to bring restitution claims for looted works or those sold under duress during the second World War.

Another art critic’s collection will go up for sale, this one in September at Christie’s in London. The acerbic Brian Sewell, longtime Evening Standard scribe, was certainly adamant about what he didn’t like. But what did he love?

A new computer program can tell who painted what. Kinda. 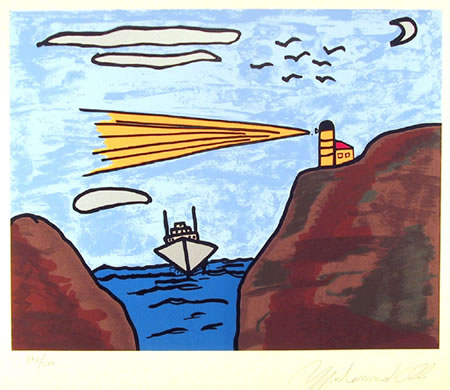