LITTLE FALLS – Now that former Secretary of State Hillary Clinton has all but clinched the Democratic presidential nomination, speculation on who will be her vice presidential running mate is expected to mount.

PolitickerNJ asked Clinton supporter and 2017 New Jersey Democratic gubernatorial candidate Phil Murphy for his opinion on a name that has been floating around as a contender: New Jersey’s own U.S. Senator Cory Booker.

“I think he would be an outstanding choice,” said Murphy. The former ambassador also proclaimed himself a “huge fan” of the senator.

When asked if Clinton should consider Vermont Senator Bernie Sanders, the candidate who has fought her tooth-and-nail for the Democratic presidential nomination, Murphy said he “didn’t see it.”

“I don’t see it but I don’t have any inside knowledge,” Murphy said. “But I do think Cory would be a brilliant choice. He, in his own right, is a mega talent, and would bring a lot to the ticket and I am a huge fan.”

According to Murphy, he thinks it is still too early for a VP nomination to come out.

“I am sure they are doing that privately but publically I think it is a little early,” Murphy said. “We need to get today behind us. New Jersey is an important step but we need to see what California does. That is job number one.” 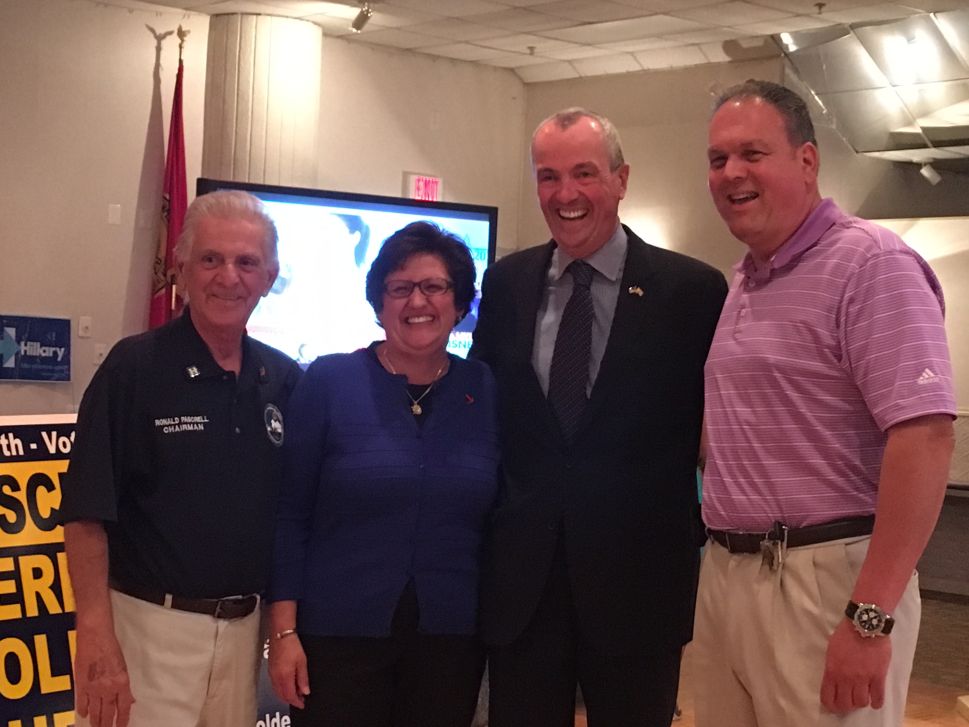