The Oprah-approved designer has sold his gorgeous Greenwich Village penthouse, for nearly twice the $5 million he paid for the space in 2013.

The duplex did, of course, get the full royal renovation treatment from the famed interior designer, who resided in the three-bedroom, 2.5-bath pad at 39 Fifth Avenue with his husband, fellow interior designer Jeremiah Brent, and their daughter, Poppy, who was born in March last year. Now that they have a child, perhaps they’re looking to upgrade to some kid-friendly digs, but it couldn’t have been easy to leave this prewar co-op.

It was, of course, featured in Architectural Digest–on the cover, obviously, showcasing such features as the corner living room with 10.5-foot coffered ceilings, three wood-burning fireplaces, and a formal dining room. The chef’s kitchen “offers space only found in old-world New York mansions,” per the listing held by Core broker Emily Beare, which apparently means a “Butcher block,” marble countertops, and lots of fancy appliances along with a wall of windows and skylights.

The duplex has a wrought-iron staircase, a study, and a “glass enclosed office,” perhaps so one can look out at the loveliness of the space while doing work. Which, in Berkus’ case, is designing even more pretty spaces. There’s also a master suite with eastern views, a fireplace, and what the listing promisees to be a “dressing room larger than most bedrooms.”

The penthouse was scooped up by non other than financier-slash-jewelry designer Charles de Viel Castel, who paid $9.8 million for the space–sure, it’s not quite the $10.5 million that Berkus was first asking, but it’s definitely not chump change!

Burkus is a big fan of Greenwich Village–he moved to this penthouse from 23 West 9th Street, a brisk three-minute walk away. “This neighborhood, particularly the blocks around West 11th and West 10th streets, has a unique magic,” Berkus told Architectural Digest.

Well, even if he makes the daring leap outside of those two blocks, we think it’s safe to assume he’ll make it (almost) as stylish as this one. Almost. 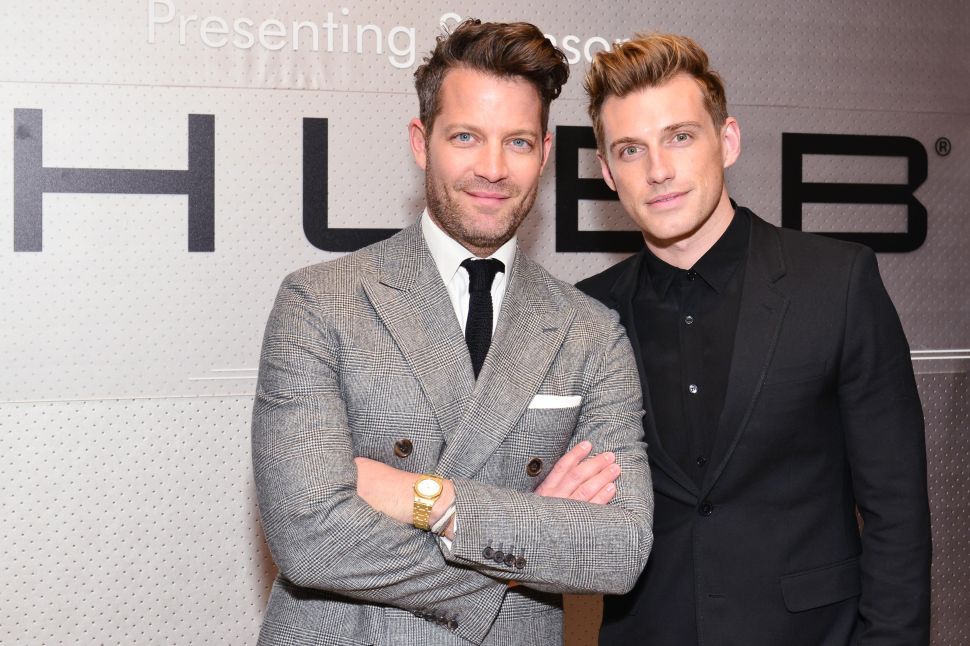