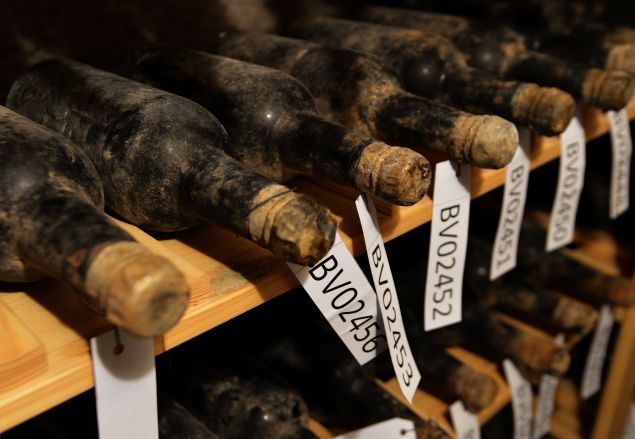 An extraordinary collection of 133 bottles of wine from the 19th century has been discovered at a Czech castle. Photo: Michal Cizek/AFP/Getty Images)

Rare bottles belonging to a secret trove of 19th Century fine wines may soon be up for auction…or they may simply stay put in their original hiding spot under the floorboards of the Czech Becov castle, AFP reports.

The collection, which contains some 133 bottles worth about 1.256 million dollars, was first uncovered at the castle in 1985, when an American businessman by the name of Danny Douglas applied for a permit to search for an “unknown object” in then Communist Czechoslovakia. As it turns out, Douglas, who offered up hundred of thousands of dollars in exchange for the permit, had applied secretly on the behalf of the Beaufort-Spontin family that originally lived in the castle.

The wine collection wasn’t the intended object of Douglas’s desire, but the Shrine of Saint Maurus, made in the 11th Century. The shrine is said to contain an embossed gilded silver and copper box silver and copper box adorned with gemstones and filigree designs. The bones of Saint John the Baptist are said to be kept inside the shrine’s oakwood core along with other family relics.

Once outed as Nazi sympathizers during World War II, the Beaufort-Spontin family presumably hid their sacred items in the castle before fleeing the country. The shrine and wine collection among other things were all underneath the floorboards of the castle’s chapel, located in the first door on the right. 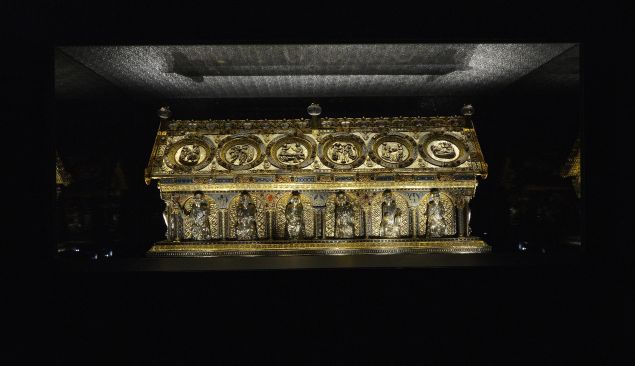 Due to the extravagant nature of the reliquary, the dusty wine bottles were disregarded. The collection’s value wasn’t truly acknowledged until recently, when a rare 1896 Chateau d’Yquem and an 1899 Pedro Ximenez and other rare bottles were unearthed.

With the help of new device called Coravin that can extract wine from a bottle by piercing a needle through it cork, a group of top Sommeliers were treated to samplings of basically liquid gold. Experts reported that the wine is as tasty as they had hoped and even remained drinkable after several hours, even though wines that have been bottled for so long typically spoil upon opening.

While the wine might be put up for auction, some experts, like castle steward Tomas Wizovsky argued that that the collection is best kept in tact. “It doesn’t make sense to split the collection, its value lies in keeping it complete,” he said. But what’s the fun in that? 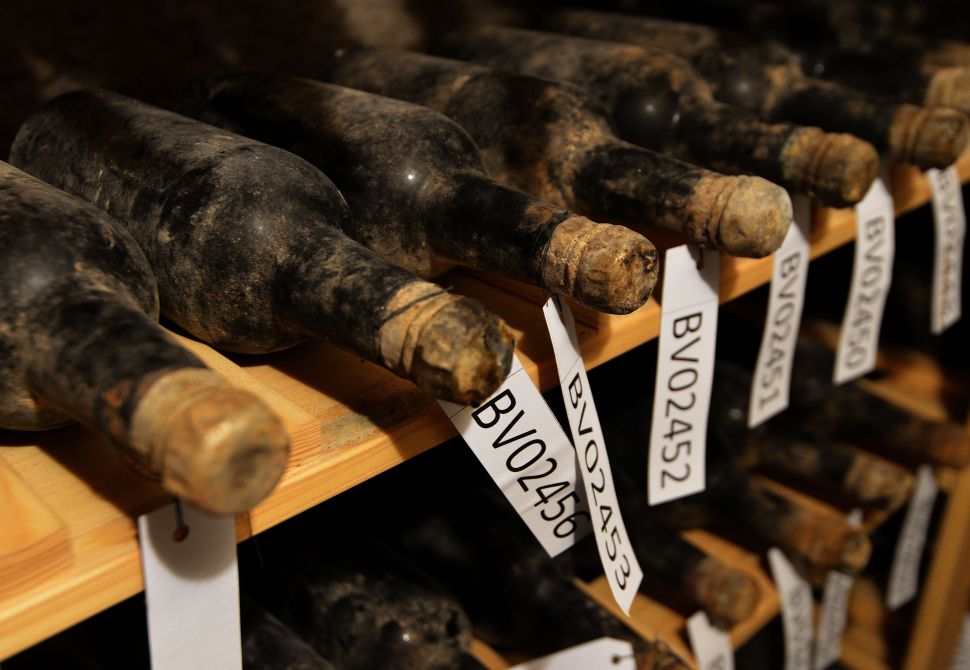