A congressman from one of New Jersey’s most conservative districts is facing blowback from a national Democratic PAC for his anti-gay comments. U.S. Representative Scott Garrett of the fifth congressional district is facing a new $80,000 attack ad from the House Majority PAC targeting his refusal to pay dues to the National Republican Congressional Campaign Committee because of their support for LGBT candidates.

The ad, titled “Quotes,” includes excerpts from newspaper editorials criticizing Garrett for his stances on LGBT issues and strongly implies that he would repel business from his home district, saying “businesses are horrified by his bigotry against gays.”

Garrett has faced significant blowback for that stance, with many of his backers in the financial industry withdrawing their support for his reelection campaign. Assemblyman Tim Eustace (D-38), one of the state’s first openly gay legislators, has led demonstrations outside of Fidelity Investments locations urging the brokerage to stop contributing to the Sussex Republican.

Garrett saw his fundraising totals shrink to $179,000 from $226,000 in the third quarter of 2015 after making those remarks. Democratic challenger Josh Gottheimer, former speechwriter for President Bill Clinton, brought in $400,000 during that same period. Garrett still holds the advantage with $2.6 million in cash on hand against Gottheimer’s $1.9 million.

“His Democratic challenger is a political insider using Washington resources — like the most prominent Democrat super PAC — to buy a seat in Congress,” Neibart said. “Scott Garrett has always fought against Washington’s bloated government, so it’s no wonder that special interests are once again using their top resources to attack him.” 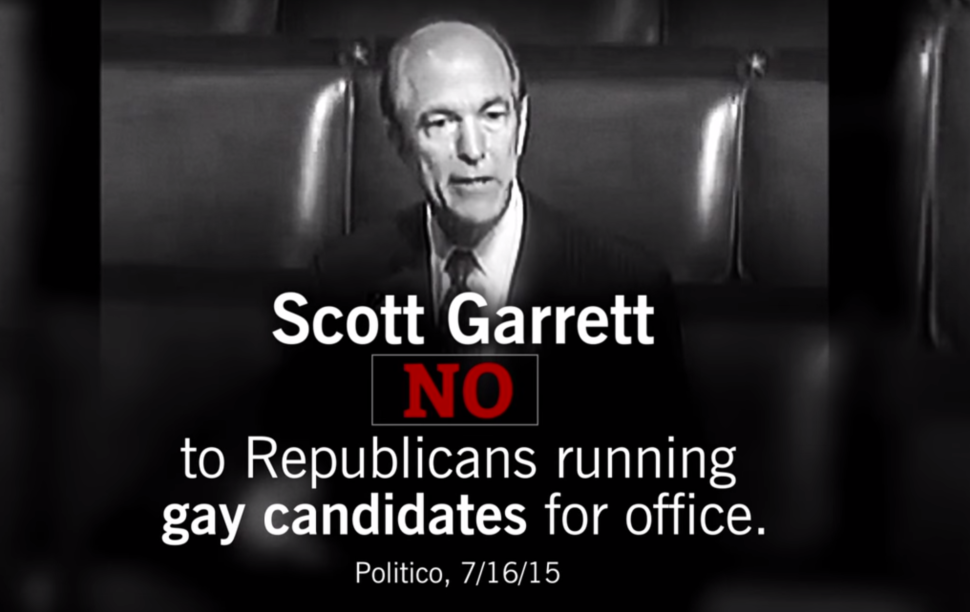