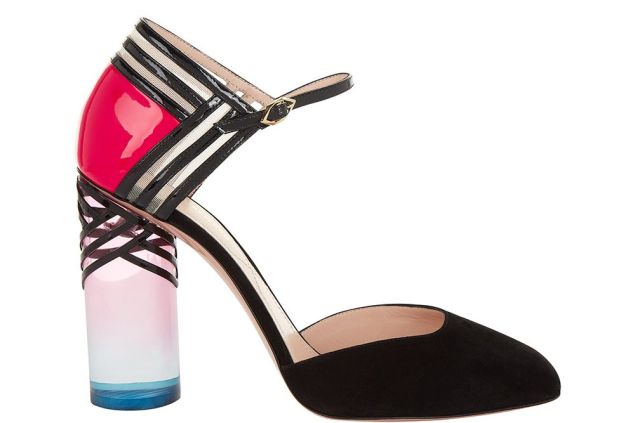 A shoe in the Zaha collection (Photo: Courtesy Nicholas Kirkwood).

Standing out from the ranks of designers who are in town to show off their latest fall collections is shoe designer Nicholas Kirkwood. Armed with colorful leather loafers and edgy pearl-adorned heels, the British footwear maven had a lot of product to show for his Resort 2017 collection.

But what stood out most were the black suede d’Orsay pumps, gold metallic sandals and tan suede boots with bold symmetrical lines and a dash of ombre, courtesy of a rounded Perspex Degrade heel. These shoes were part of the Zaha collection, in honor of the late architect Zaha Hadid. It’s easy to associate these bold, futuristic kicks with her world-renouned buildings, most of which are a treat for the eye. 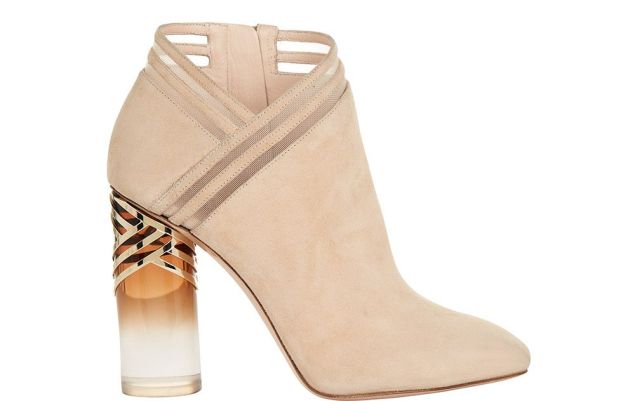 “I designed the collection before she died,” Kirkwood told Observer. “She’s been a huge inspiration to me and she was such a strong woman with such a bold vision. I felt like I had to honor her.”

This isn’t the first time the shoe designer has been influenced by Hadid; various buildings she created have provided inspiration for the architectural details that are often woven into Kirkwood’s heels. He noted that his favorite Hadid projects included the BMW factory in Leipzig, Germany and the Dongdaemun Design Plaza in Seoul. 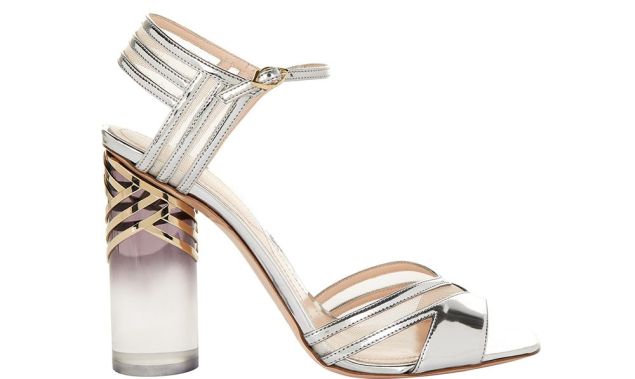 Should you want to get your hands on a pair of this range of kicks, a few styles are available now for pre-order on Moda Operandi. 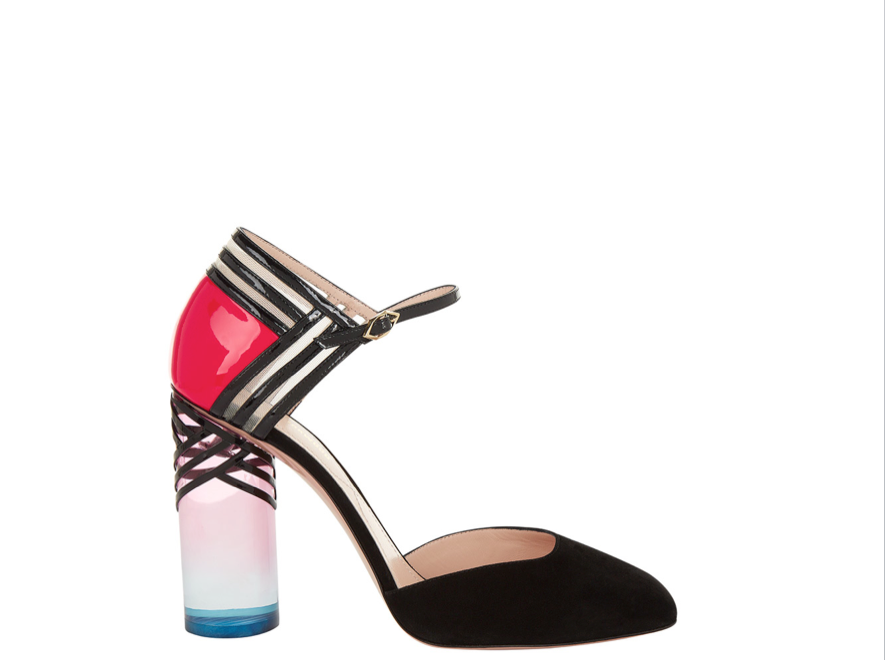