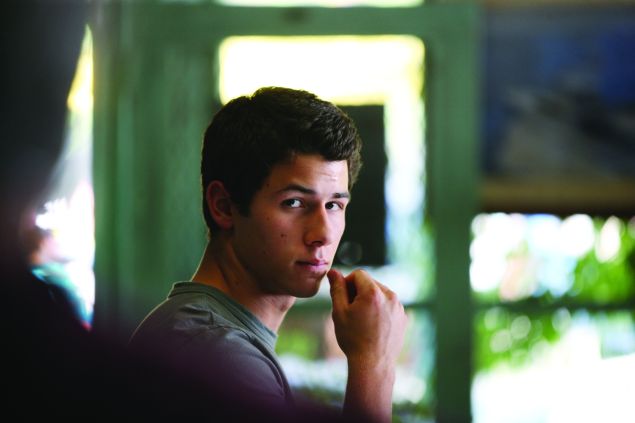 How quickly they age in Hollywood. It seems like only the day before yesterday that Nick Jonas was the youngest member of a clean-cut boy band called the Jonas Brothers, as chaste as a herd of singing Disney cows. Now 23 and anxious to shed his all-American image for that of a beefcake sex symbol who reaches a broader audience, Jonas is courting the LGBT community, posing for photo-ops with his trousers down to his knees and playing a sexually confused wrestler on the TV series Kingdom who has sex with an older man in an alley behind a gay bar. Sliding down the James Franco hole is not an attractive career goal, but in his new movie Careful What You Wish For, there is evidence that he is at least learning how to act.

When his family rents a swanky summer house on a lake in North Carolina, college-age hunk Doug Martin (Jonas, who still looks young enough to be believable) finds himself living next door to some intriguing new neighbors—a rich wacko investment banker named Elliot Harper (a wasted Dermot Mulroney) and his sexy wife Lena (expressionless model Isabel Lucas), a childlike femme fatale who, within hours, teaches Doug how to lose his virginity and break in her new sheets. The intrigue that ensues recycles the plots of a long list of movies as diverse as Body Heat and the Jennifer Lopez flop The Boy Next Door, with just a pinch of The Postman Always Rings Twice. Although Jonas is neither William Hurt nor John Garfield, he plays the naïve and gullible victim of a sinister plot with enough skill to keep the audience awake.

While his best friend Carson (Graham Rogers, who is much handsomer than Jonas and better suited to his role) obsesses about sex without getting lucky, Doug knocks himself out stripping down to service his oversexed neighbor, too naïve and stupid to realize he’s a pawn in her plan to murder her abusive husband and collect a $10 million life insurance policy. By the time she shows him the bludgeoned body and he makes the mistake of disposing of the body, you can forget about college. Lena is off to the Bahamas, and Doug is on his way to the slammer. Formulaic and derivative, Careful What You Wish Foris lamely directed by Elizabeth Allen Rosenbaum, a by-product of the time-wasting TV show Gossip Girl,and the immaturity shows. The object seems to be how many times they can get Nick Jonas’ clothes off. Moved up a few notches from his pop-star status, he’s ready to show some rearview skin to please his teen groupies who are now old enough to get into an R-rated movie, but in every brief scene they share, Mulroney wipes him off the radar.

Meanwhile, co-star Isabel Lucas is an all-too-typical example of a catatonic model who can’t act. She looks like the young Daryl Hannah at the age when she played a mermaid in Splash, circa 1984, but her acting skills show little promise, and she mumbles so much that some of her most important lines are undecipherable. She’s supposed to be a seductive cougar but comes off in every scene like she’s got a mouthful of gummy bears. 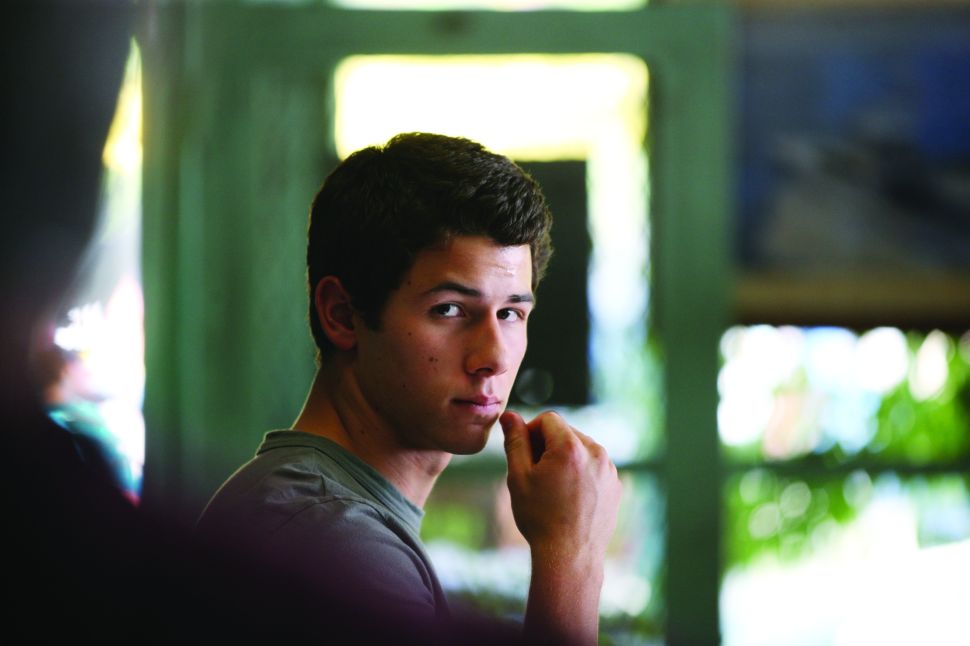