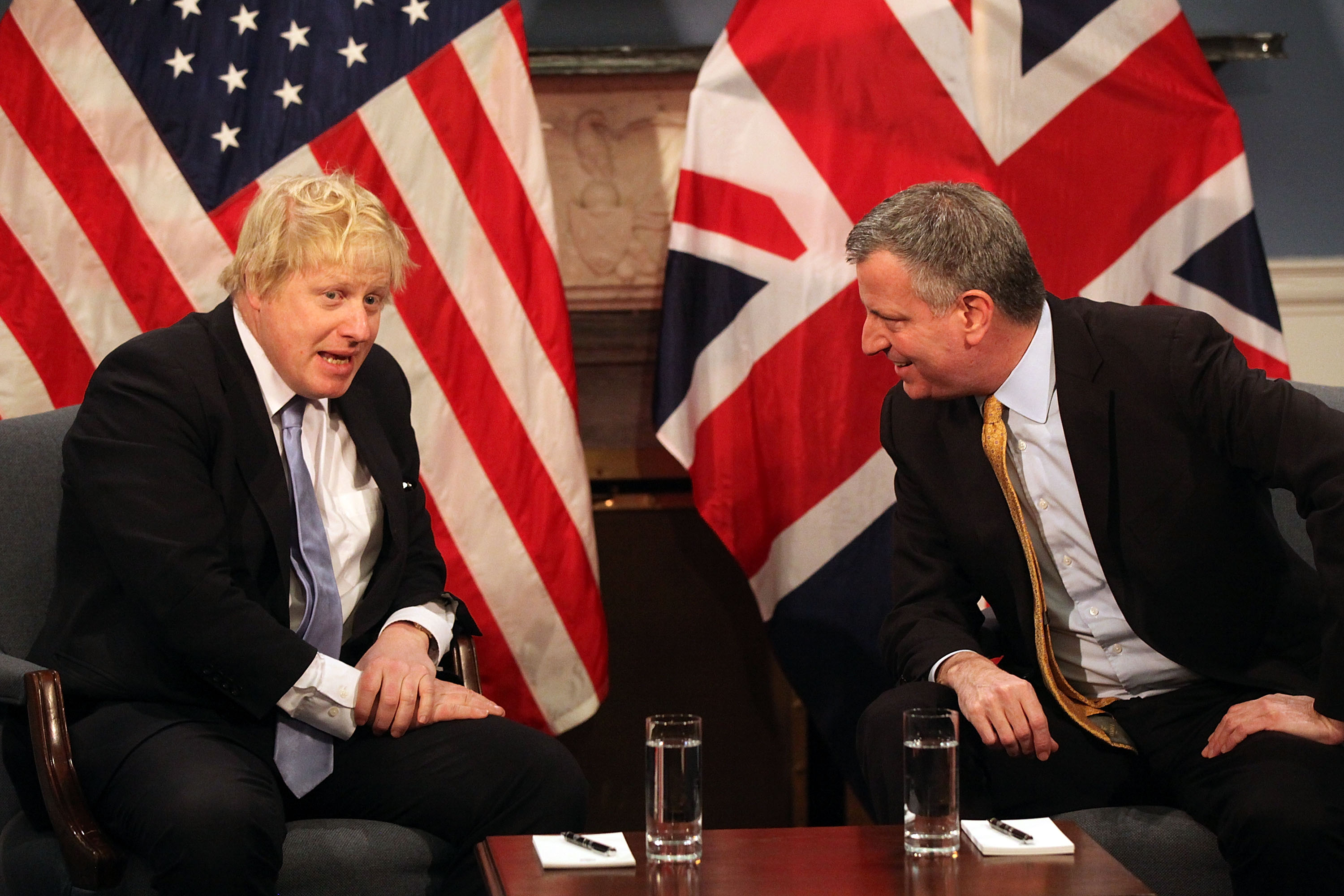 Boris Johnson, then the mayor of London, meets with New York City Mayor Bill de Blasio in 2015. Johnson was a high-profile supporter of Brexit. (Photo by Spencer Platt/Getty Images)

Brexit may have been a decision made across the pond, but at its heart, New York City Mayor Bill de Blasio sees the issue that was central to his own campaign: income inequality.

“I think the Brexit needs to be understood in the context of elites that have failed working people,” de Blasio said this morning on WNYC’s Brian Lehrer Show.

Lehrer had asked the mayor, with Britain’s decision to leave the European Union spurring more discussion about free trade in the U.S., whether his opinions might line up more closely with presumptive Republican nominee Donald Trump than Democrat Hillary Clinton.

But de Blasio said it was Bernie Sanders, Clinton’s primary challenger, who was “right on the money” in a New York Times op-ed on Brexit that cited the struggles of workers in a globalized society and warned Democrats to take notice.

De Blasio said there were local issues and xenophobic influences—much of the debate surrounding the vote focused on immigration into Britain under the EU, with the free movement of workers being a condition of a single market—but said that was not the only issue driving the movement.

The mayor pointed to the European Union’s “austerity regime” in Europe and said the body had become “thoroughly out of touch with the reality of income inequality.”

Despite backing the position of Sanders, who has yet to drop out or endorse Clinton in the presidential race, de Blasio also praised Clinton on free trade—saying she is “profoundly progressive” on income inequality, despite waiting months to endorse her based on wanting to hear more on that very issue. The mayor noted that she’s come out against the Trans-Pacific Partnership—a trade deal she helped negotiate and said he’d look to hold her to that.

“I think the fact is that Hillary understands the trade deals of the past didn’t work out the way they were planned and that we need a new regime,” he said. 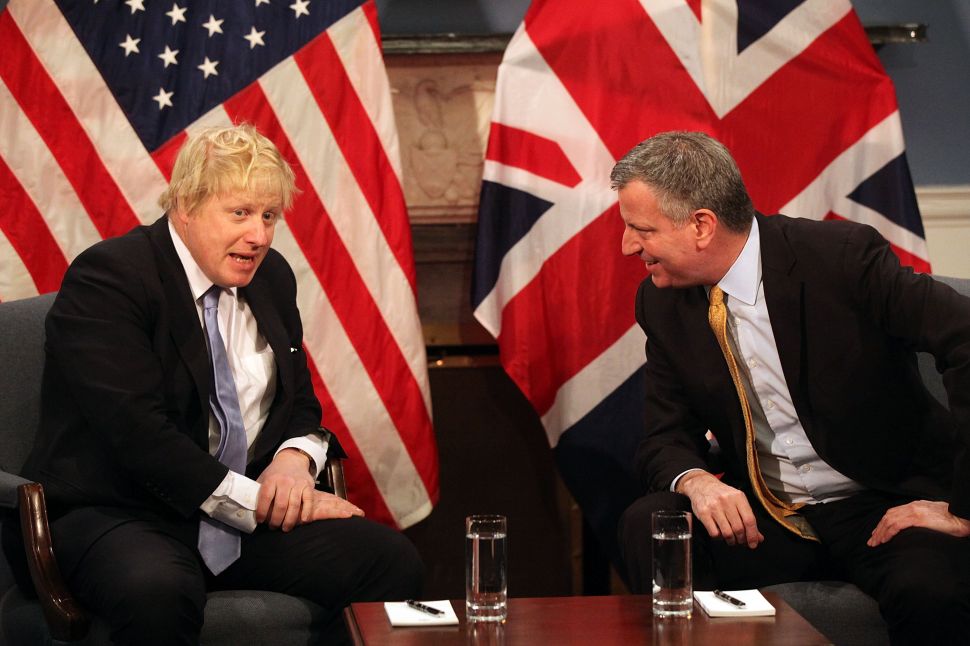