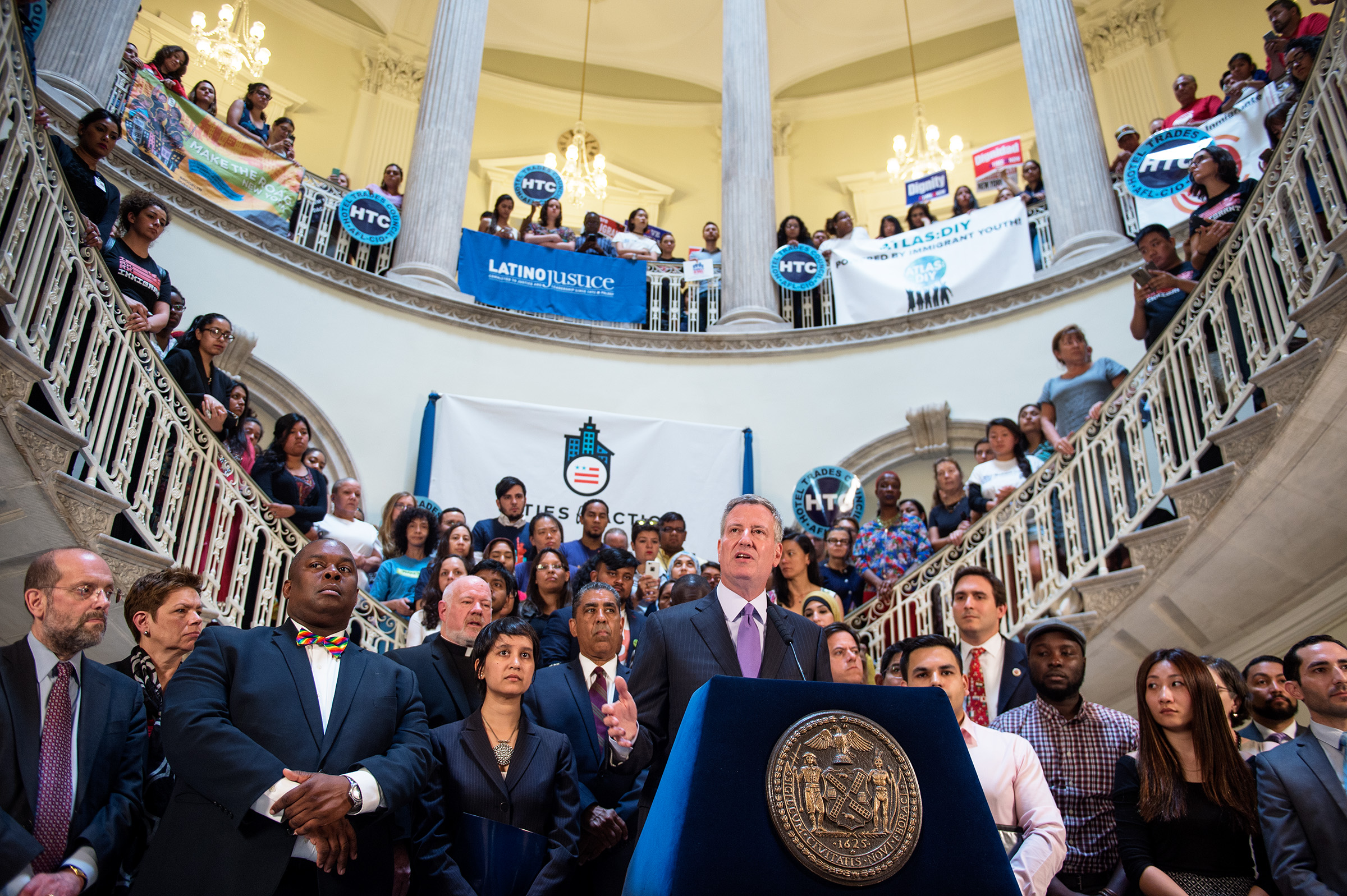 “I share with them a sense of profound disappointment and, in fact, anger at the decision by the Supreme Court, because, with the stroke of a pen, the hopes of millions have been dashed,” de Blasio said at a quickly-put-together rally in the rotunda of City Hall. “So many people who are just trying to achieve what so many of us have come to expect, have now seen that taken away from them.”

A 4-4 tie verdict today means an appeals court ruling halting President Barack Obama’s executive orders, known as Expanded DACA and DAPA, will remain in effect—essentially killing the president’s plan to protect undocumented people who came here as children or are the parents of children born in the country.

The mayor was introduced by one of his press office staffers, Raul Contreras, who told the story of coming to this country as a baby from Chile, with parents who worked hard to give his family “a slice of the American dream.”

“I was excited to go to college like my sister. But without work authorization, I knew I wouldn’t be able to pursue my professional dreams,” Contreras said. “Then something amazing happened.”

That “something” was DACA, which allowed Contreras to find a paying part-time job and an internship—with the mayor’s office.

“That internship opened up more doors. And today, I’m proud to work right here in this building and serve my fellow New Yorkers,” he said. I thank God every day I had DACA.”

But today’s ruling throws that protection into question for thousands of undocumented people in New York City.

“These individuals around me are living proof of the good that DACA and DAPA did for people,” de Blasio said. “Families that had to live in fear and doubt, having their problems resolved, their hopes affirmed—that’s what it’s supposed to be about. And the notion that now a road block has been thrown up by our own Supreme Court—it’s a shocking day and a sad day for all immigrants in this country, and it feels like a step away from our values.”

The mayor—along with several other advocates and politicians who spoke—said they would push for comprehensive immigration reform under the next president and Congress. In the meantime, they’ll offer support to undocumented people in the city, he said.

“We are a city of immigrants and proud of it, and we will not accept anyone who demeans immigrants. We won’t give in to the voices of hatred that have come up so strongly in this country this year attacking immigrants,” de Blasio said, a not-so-veiled reference to the immigration rhetoric of Republican presidential candidate Donald Trump. “We will remain true to New York values and defend immigrants, defend the rights of those who are here, and one day—one day we’ll make this nation whole with true comprehensive immigration reform.”

De Blasio was not the only city official decrying today’s Supreme Court decision. Council Speaker Melissa Mark-Viverito, who has been an advocate for immigration reform, also spoke out against the decision in a statement and on NY1 this afternoon.

“This is a tremendously sad day for immigrants across the country who will be forced to remain in the shadows,” she said in a statement. “It is now more urgent than ever for Congress to act on comprehensive immigration reform—we can’t wait any longer. I also urge President Obama to cease immigration raids.” 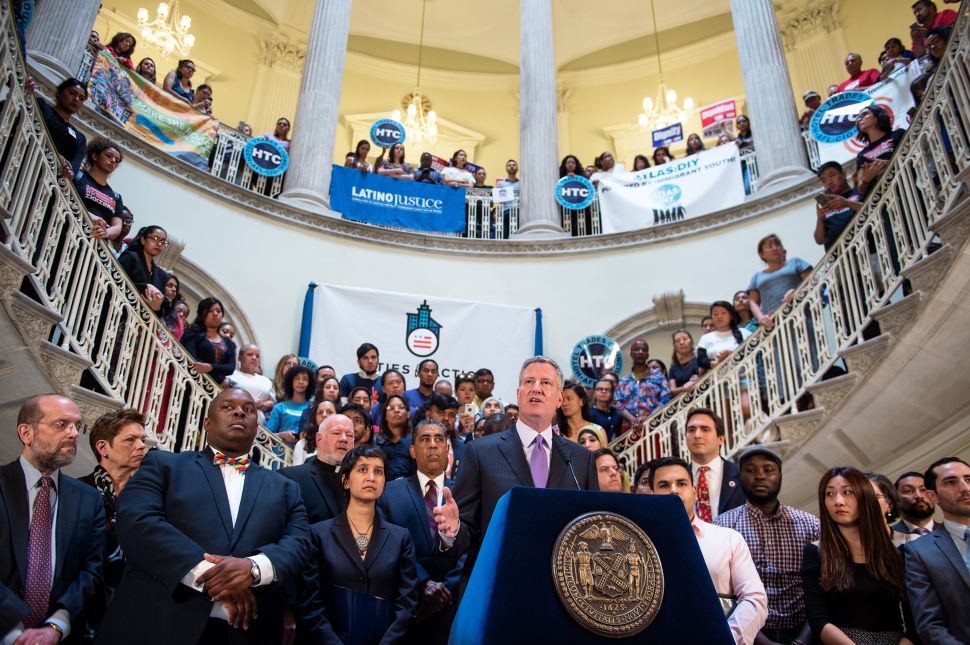