A major tenet of NYPD Commissioner Bill Bratton’s policing philosophy is that cracking down on quality of life crimes leads to lower rates of felony crime—but a new report from an NYPD watchdog said there’s no evidence that’s true.

A new report from the Department of Investigation’s NYPD Inspector General Phillip Eure looked at quality of life summonses and misdemeanor arrests from 2010 to 2015, and compared them to felony crime rates for the same period.

“OIG-NYPD’s analysis has found no empirical evidence demonstrating a clear and direct link between an increase in summons and misdemeanor arrest activity and a related drop in felony crime,” the report reads.

In fact, quality of life summonses and misdemeanors dropped over that five-year period—and so did felony crime.

The report took pains to note it was not releasing findings on the “broken windows theory” that Bratton made famous—but cracking down on small crimes to reduce big ones is a central aspect of that philosophy and, as a result of Bratton’s record of presiding over reduced crime in New York and elsewhere, a central aspect of much of modern policing.

In a phone interview, Department of Investigation Commissioner Mark Peters said that broken windows posits that “low-level disorder reduction” reduces crime—and that includes more than just summonses and arrests, but tougher to measure things like warnings, cops on the street instead of in cars, and working streetlights.

“Broken windows says all these kinds of disorder reduction collectively will help reduce crime,” he said. “What we say is one particular aspect of disorder reduction, issuing quality of life summonses and misdemeanor arrests, doesn’t have any relationship to felony crime.”

The report did not find that quality of life enforcement had no impact on crime—it punishes the crime for which it issued, of course—but it did find that “broad generalizations about quality-of-life summonses as a panacea are not supported by empirical evidence derived from OIG-NYPD’s analysis.”

“It’s important because criminal summonses are not cost-free,” Peters said. “They cost us officer time, because they take officers off the streets. It takes up court time when our courts are very much backlogged … It strains police community relations.”

Bratton was selected by Mayor Bill de Blasio to help repair those relations, following a campaign that had seen another policing technique, stop question and frisk, in a harsh spotlight. Bratton and de Blasio vowed reform and promised to reduce stops, which they said had a disproportionate effect on minorities, but Bratton soon came under criticism from the same communities for his department’s focus on quality of life crimes—particularly after Eric Garner was killed when police were trying to arrest him for selling untaxed cigarettes.

The commissioner has long defended quality of life policing, noting that unlike stops-and-frisks, quality of life enforcement is often spurred because of complaints from people living in the community of illegal activity.

But the IG’s report confirms something critics of quality of life policing have been alleging for years: that enforcement is harsher in communities of color.

The NYPD issued a lengthy response to the report, calling it “deeply flawed.”

“The report fails to acknowledge what all New York City residents know: that every community in the city is safer and has a better quality of life due in large part to the extensive quality of life enforcement efforts and proactive policing that was implemented in 1994 by the New York City Police Department,” the NYPD response read.

The department argued the IG should have looked back to 1990 when crime was higher, rather than looking at a five-year period where crime was comparably low. But Peters argued the IG was investigating what works now, not in the past.

“Looking at whether a tactic worked a quarter of a century ago is pointless, because nobody who understands policing—including Bill Bratton—really believes that the same tactics that worked 25 years ago should be carried forward 25 years without further review,” Peters said.

The NYPD also argued that quality of life enforcement happens because of complaints from community members.

“The first reason to issue a summons for public urination, for example, is because it is illegal to urinate in public anywhere in New York City. The report fails to recognize that fact and does not discuss the impact public urination has on all communities throughout the city.”

The IG’s office recommended the department “assess the relative effectiveness” of its quality-of-life enforcement, determined whether it has a disproportionate impact on certain communities, and keep track of and release additional data.

DOI Commissioner Mark Peters said the report was the first independent and data-driven investigation into the subject.

“The results of our investigation call into question some long-held assumptions about the systemic impact of certain tactics and therefore provide a starting point for the NYPD to more fully employ statistical analysis to evaluate these tactics,” he said.

This story has been updated with the NYPD’s response to the audit and with comments from Peters. 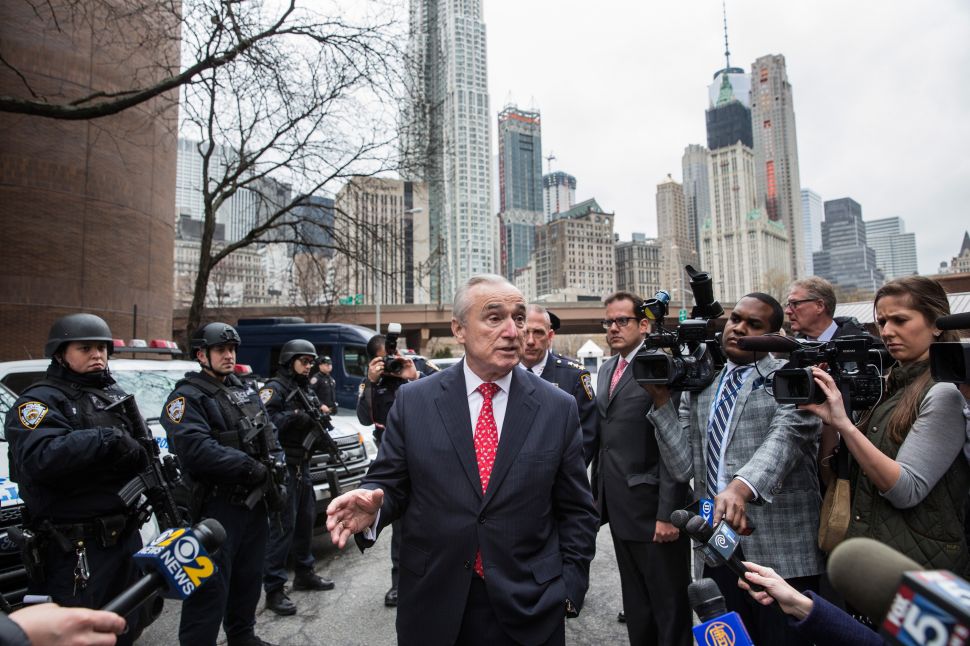