President Barack Obama weighed in on one of New Jersey’s most volatile congressional campaigns Wednesday, offering his official endorsement to incumbent U.S. Representative Donald Norcross in the congressman’s reelection campaign. Norcross is facing a grassroots challenge for the Democratic nomination from progressive upstart Alex Law, with the two scheduled to debate Thursday before the primary next week.

Obama pointed to Norcross’ record as an organizer with the state IBEW in a statement on the endorsement, and to the Camden native’s willingness to confront gridlock in congress.

“Donald has been there with me on critical issues before Congress in the last two years – and has always stood up for what’s right,” Obama wrote. “Ever since his days as a leader of organized labor, Donald has worked tirelessly for working men and women and continues to be a powerful voice in Congress fighting for a higher minimum wage, demanding equal pay for women, and pushing for incentives to create good jobs here in America.

“Donald is the kind of forward-thinking progressive leader we need in Congress.  He stood with me to support the Affordable Care Act. He strongly supports a woman’s right to choose. He is fighting for ways to make college affordable for our nation’s youth. And he is working with me to pass stronger laws to crack down on gun violence.”

Norcross, who has hedged his bets with mailers touting endorsements from both the Bernie Sanders and Hillary Clinton campaigns, praised Obama for his progressive policy initiatives in his own statement. Back in March, Obama privately told Democratic donors that the time had come to unite around Clinton.

“I am so honored and humbled to accept the endorsement of our President, Barack Obama,” Norcross wrote. “Throughout his time in office, he has been on the front line in our shared fight for progressive values and against the extremists in Washington who want to turn back time. I could not be any prouder to stand with him as we continue to push for good jobs, affordable education, and smart security for all Americans.”

Norcross has returned that charge by questioning Law’s commitment to national security and gun control, citing the 25 year-old progressive’s opposition to a bill that would disallow those on federal no-fly lists from purchasing guns. The first-term congressman drew applause at a debate on Tuesday, where he argued Law would encourage more drugs and guns to flow into Camden with his plan to offer cities affected by aggressive drug policing priority if residents apply for licenses to sell legalized marijuana.

The two will debate one last time on Thursday at 6 p.m. at Rowan College, in Gloucester County’s fine arts theater building. 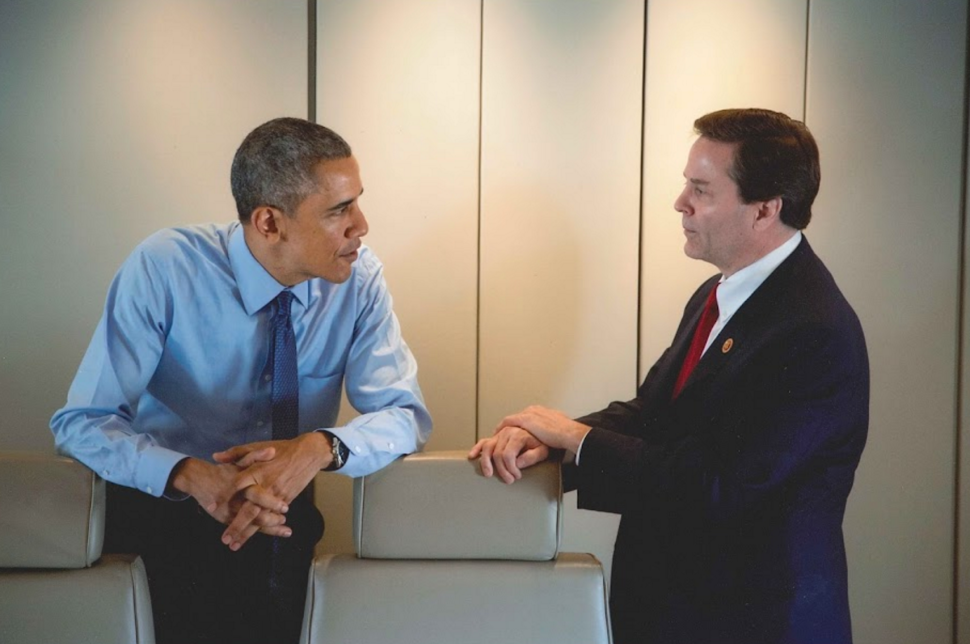