“I guarantee that there is no political influence in any investigation conducted by the Justice Department, or the FBI—not just in this case but in any case,” President Obama said in an interview with Fox News this past April. Despite his repeated claims of not influencing the Department of Justice and FBI investigation into Hillary Clinton‘s private email server scandal, Obama has helped shield her throughout the fiasco.

The White House has protected Clinton’s emails with the most potential to incriminate or impugn Clinton’s self-portrayed public image. In October 2015, the Obama Administration blocked the release of emails between Clinton (while she served as secretary of state) and the president, citing the need to keep such communications confidential. Recently, the Obama Administration also blocked the State Department’s release of emails from Clinton regarding the controversial Trans-Pacific Partnership after it had promised to fulfill a Freedom of Information Act Request to IBTimes earlier this year. The request will now allegedly not be completed until after the general election in late November.

“The delay was issued in the same week the Obama administration filed a court motion to try to kill a lawsuit aimed at forcing the federal government to more quickly comply with open records requests for Clinton-era State Department documents,” reported David Sirota of IBTimes.

Hillary Clinton’s involvement with the Trans-Pacific Partnership is riddled with hypocrisy. As secretary of state, Clinton helped move TPP negotiations along. However, she avoided taking a position on TPP for the first few months of her 2016 presidential campaign—until Bernie Sanders’ staunch opposition to the deal forced Clinton to risk losing highly coveted endorsements from labor unions who strongly oppose it. Politifact rated Clinton’s switch as a full flip-flop.

Despite holding back an endorsement during the Democratic primaries, Obama hasn’t made much effort to hide where his favoritism lies. The Clinton campaign recently claimed Obama will be releasing an endorsement for Hillary Clinton very soon. This came shortly after Obama reaffirmed his endorsement of DNC chair Debbie Wasserman Schultz, who faces growing calls for resignation from Sanders supporters and a strong Democratic primary opponent in Tim Canova.

In January 2016, Obama condescendingly referred to Sanders and his unexpected challenge to Clinton’s coronation as a “bright, shiny object,” in an interview with Politico.

“If Bernie Sanders’ campaign has proven anything, it is that there are millions of citizens who are engaged, invested and closely scrutinizing the policy positions of all of the candidates in the electoral field,” countered Harry Jaffe for The Guardian. “If Sanders can bring new voters to the polls with his message of authenticity and empowerment—as he seems to be doing—that’s a testament to the power of his words rather than their shiny quality.”

If Bernie Sanders was under investigation by the FBI and Department of Justice, it is doubtful Obama would be jumping to his defense as he has repeatedly done for Hillary Clinton. “She would never intentionally put America in any kind of jeopardy,” he told Fox News in April 2016, while simultaneously guaranteeing he wouldn’t interfere with the investigation. But by making a judgment at all on Clinton’s private server use, he is intervening—especially by affirming Clinton had no intent, which is vital to determine criminal liability in this case.

Obama, like many of his Democratic colleagues who overwhelmingly support Clinton, were downplaying the private email server investigation as frivolous, until the recent report from the State Department Inspector General illuminated the blatant lies Clinton has been telling the public for over a year. She never received authorization for using a private email server and broke federal record laws by not preserving and turning over her records to the State Department when she left office. Shortly after the report was released, Obama dodged a question at a press conference in Japan, refusing to provide an answer at all, instead telling reporters such questions should be directed to the Clinton and Sanders campaigns—which is what he should have been doing all along.

Just as Hillary Clinton has depended on Obama whenever she was cornered in a debate and needed help diverting an issue, she is now depending on him to get through the FBI and Department of Justice investigation long enough to get to become president—at which point there will be no chance of serving the indictment her actions certainly warrant.

“What we already know about her security infractions should disqualify her for any government position that deals in information critical to mission success, domestic or foreign,” wrote Philip Jennings in an op-ed for USA Today. “But beyond that, her responses to being found out—dismissing its importance, claiming ignorance, blaming others—indict her beyond anything the investigation can reveal. Those elements reveal her character. And the saddest thing is so many Americans seem not to care.” 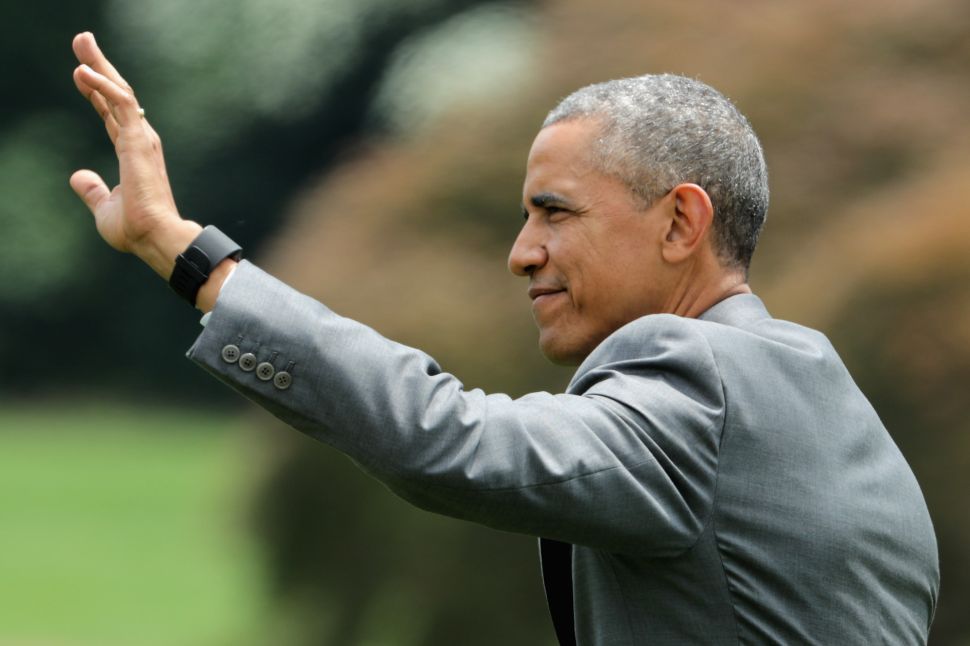